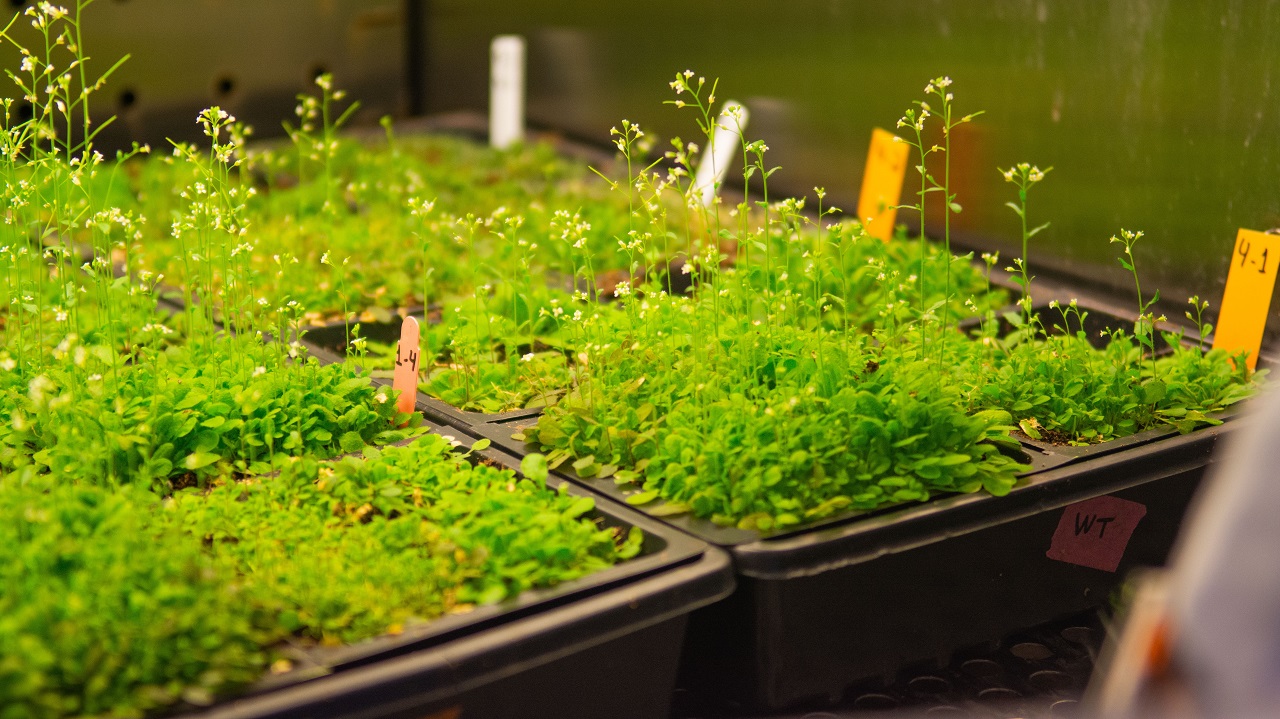 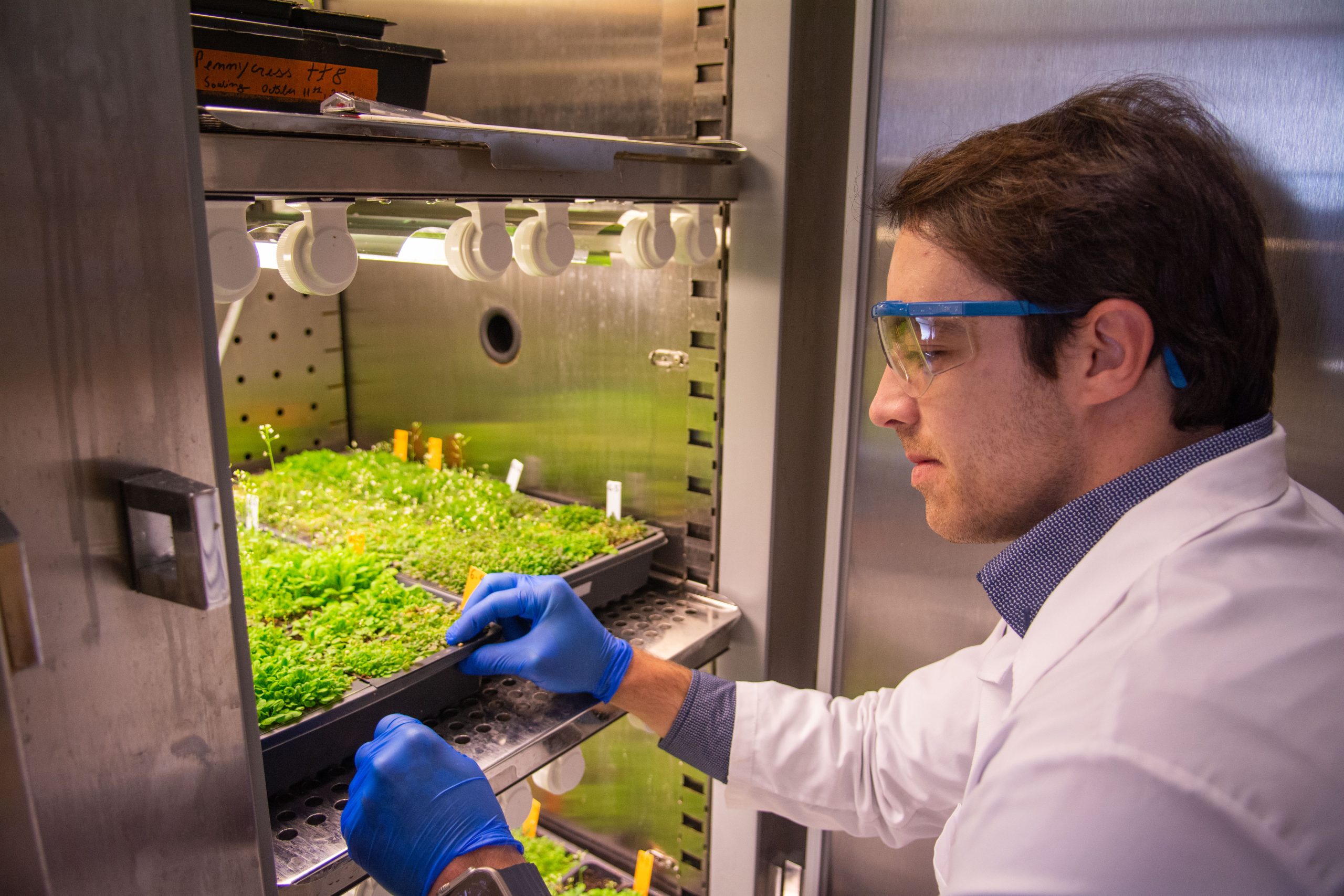 While biodiesel and ethanol are two forms of biofuel used to power today’s cars and trucks, one area of the transportation sector that’s still developing a viable biofuel solution is the aviation industry. Now, an interdisciplinary team of researchers from across the United States, including the University of Missouri, is working to develop a sustainable “green energy” source of biofuel — an energy source commonly produced from vegetable oil — as an alternative to the petroleum-based fossil fuel widely used in the aviation industry.

The team, using a $12.8 million grant from the U.S. Department of Energy (DOE), will explore how two cover crops — plants grown to capture carbon from the Earth’s atmosphere to help reduce greenhouse gas emissions — called camelina and pennycress could be genetically modified to produce higher overall quantities of a specialty seed oil. The team’s goal is to mass-produce a vegetable oil capable of being used as a biofuel for aviation purposes, according to Jay J. Thelen, a professor of biochemistry in the College of Agriculture, Food and Natural Resources, who is also an investigator in the Christopher S. Bond Life Sciences Center.

“We’re trying to increase the overall amount of seed oil produced by both crops, as well as changing the oil composition from 18 to 10 carbons, which makes the oil more fluid for use in the aviation industry,” Thelen said. 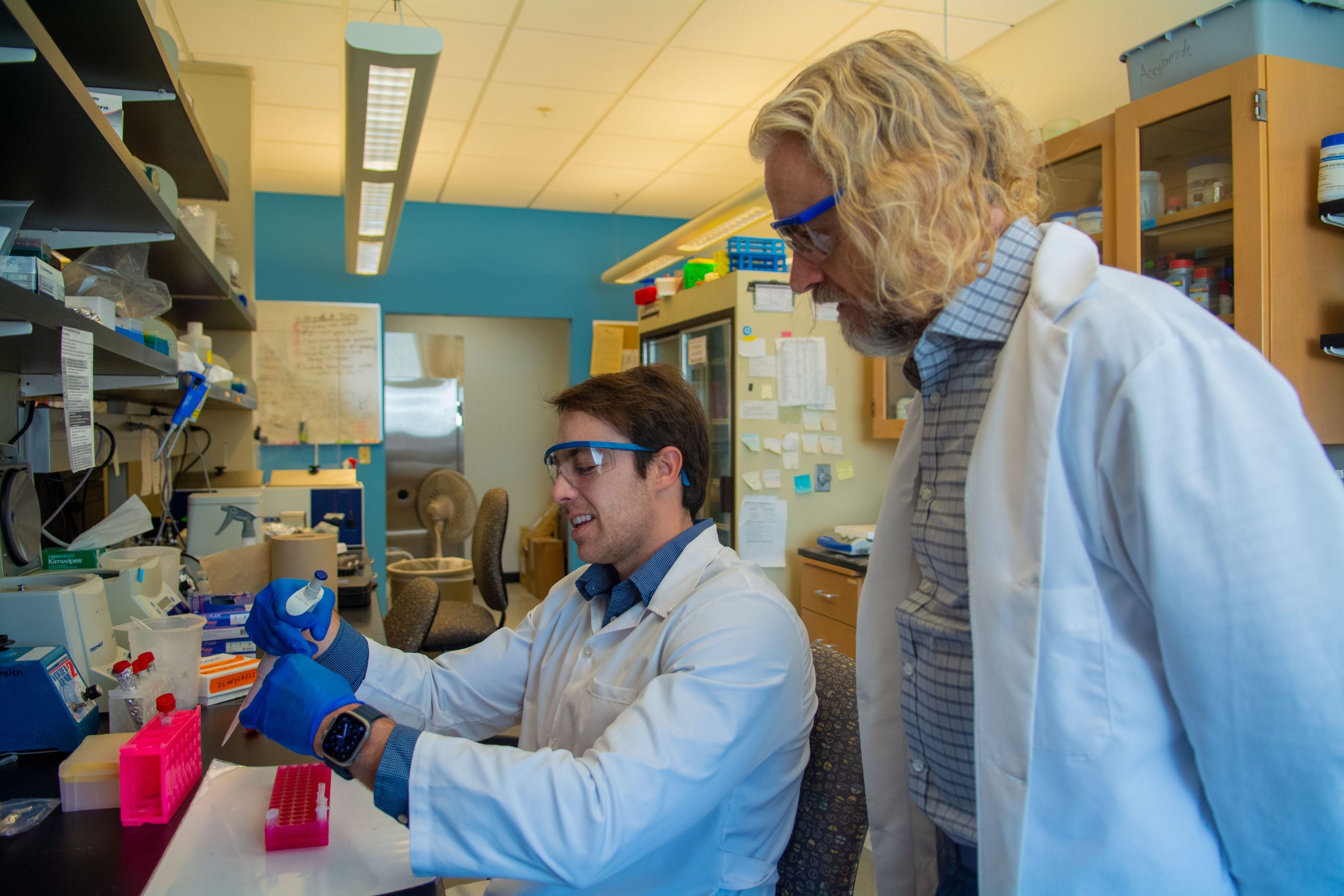 Edgar Cahoon, the George W. Holmes Professor of Biochemistry at the University of Nebraska-Lincoln and lead researcher on the grant, is exploring how to take genes from the cuphea plant — known for their medium-chain oil producing traits — and using biotechnology to transfer them to camelina and pennycress. Additionally, using $2.7 million of the $12.8 million grant, MU’s team is taking three of the Thelen lab’s patented approaches for improving overall oil content in plant seeds and applying them to Cahoon’s existing research on this topic.

MU’s team hopes to figure out why camelina and pennycress are not producing the optimal amount of seed oil after cuphea’s medium-chain oil producing traits are introduced to both plants through genetic engineering.

“When we move genes from cuphea into camelina or pennycress, we’re going to do large-scale transcriptomics and proteomics to try to understand how the plant is responding to this new gene and see where the bottlenecks lie that Cahoon’s team is experiencing,” Thelen said. “With that knowledge we can complete the design, build, test, learn cycle in order to incrementally raise the levels of the medium-chain fatty acids in camelina or pennycress until we meet the optimal level.” 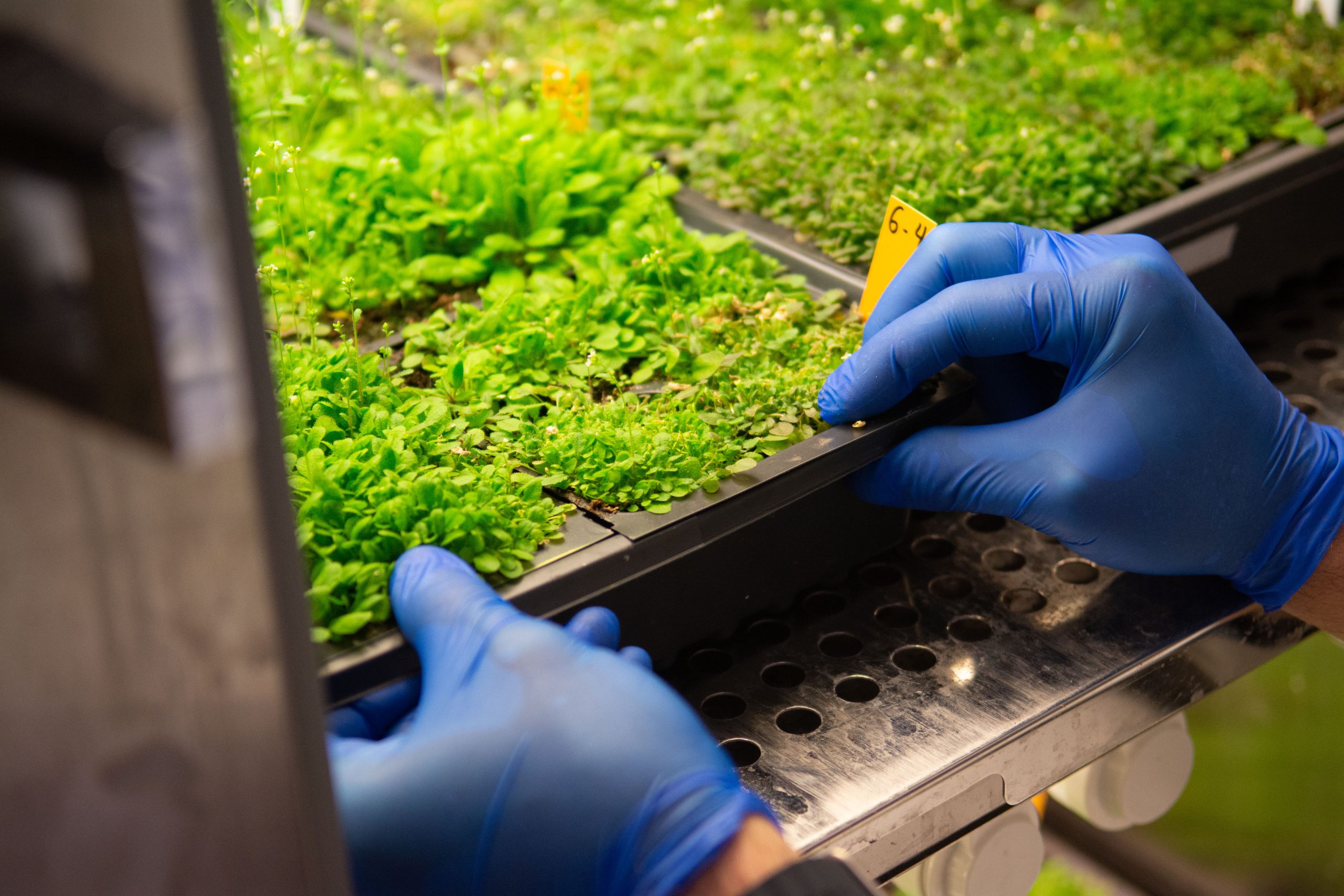 MU’s team hopes to figure out why camelina and pennycress are not producing the optimal amount of seed oil after cuphea’s medium-chain oil producing traits are introduced to both plants through genetic engineering.

To do this, MU’s team is using advanced proteomics technologies, including sophisticated state-of-the-art mass spectrometry instrumentation located in both Thelen’s lab and the Charles W. Gehrke Proteomics Center at MU. The group will also use cutting-edge biotechnology approaches to gain knowledge about how the plants are responding to the genetic engineering, Thelen said.

“Leveraging my lab’s expertise in both discovery and targeted proteomics will provide us with the basic knowledge we need to help understand why engineering high levels of medium-chain oils in camelina and pennycress has been elusive so far,” Thelen said.

This research creates a large amount of data to be analyzed, so internationally renowned bioinformatics researchers Dong Xu from the MU College of Engineering and Trupti Joshi from the MU School of Medicine are joining Thelen to assist him with that part of the project. MU’s team will add the information they collect to a related project by Xu which involves building an online database on the topic of metabolic engineering of oilseed plants. 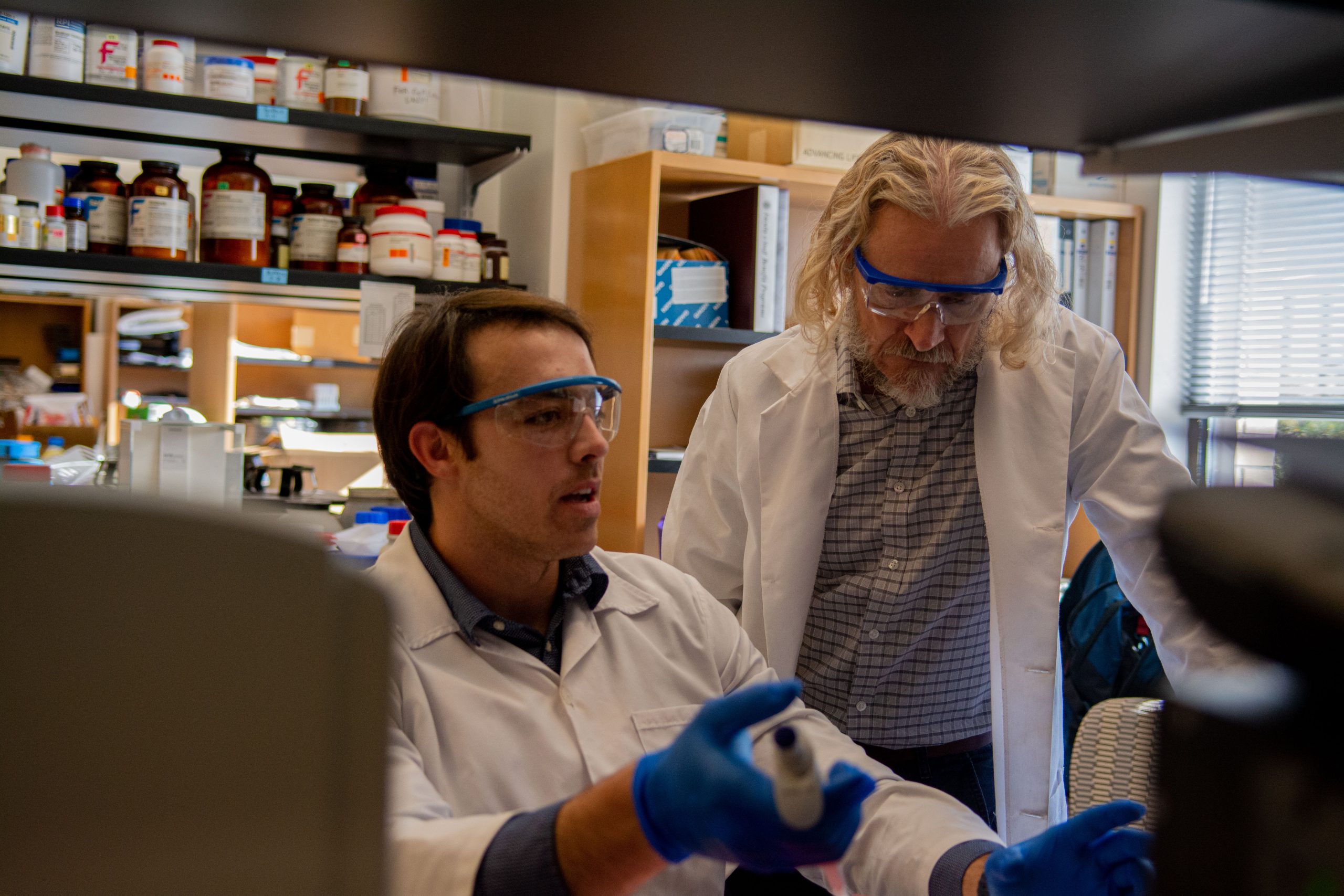 Since cover crops can be planted during the non-growing season and can also be grown in soils with less-than-ideal planting conditions, Thelen hopes the team’s work could provide farmers across the U.S. with an additional option to earn a profit beyond the traditional growing and harvesting seasons.

“At the moment, these cover crops [camelina and pennycress] are mostly planted to earn federal carbon credits, but they are not harvested by farmers,” Thelen said.

The grant was awarded under the DOE program Biosystems Design to Enable Safe Production of Next-generation Biofuels, Bioproducts and Biomaterials.

Joshi is the translational bioinformatics faculty lead for NextGen Biomedical Informatics (BMI) and the MU School of Medicine. Dong Xu is a Curators’ Distinguished Professor in the Department of Electrical Engineering and Computer Science. Both have faculty appointments in the Christopher S. Bond Life Sciences Center and the Institute for Data Science and Informatics at MU.