Engineering, both as an industry and as a field of study, remains dominated by men. The MU College of Engineering, however, has made strides in inclusion since graduating the first female in 1907 and hiring its first female dean in 2015. Today, there are many women Tiger engineers, both on campus and off, helping to close the national gap. Here are three.

A senior studying computer science, Shyu has distinguished herself. After receiving a prestigious Goldwater Scholarship to fund her research, Shyu has worked with the Missouri Cancer Registry and the Missouri Telehealth Network to improve health care access in rural Missouri. She has presented her research in Washington, D.C. Shyu has also made efforts to recruit female alumni and industry leaders to visit campus. “It’s important to show women in engineering,” Shyu says. “Having a community and support system is important.” 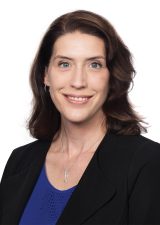 Knuth, BS ChE ’98, is now vice president of R&D at Procter & Gamble. Knuth says that she felt sheltered by female and male professors alike at MU, where she was encouraged and allowed to grow and reach her full potential. But now that she’s in the private sector, where gender bias is still strong, she wants to be there for current MU students. “I’ve beanefited from going to Mizzou and from those people there who have invested in me,” Knuth says. “I now see that I need to give back with more than just money but also my time. And not just giving it lip service. I want to know that I’m helping someone.” 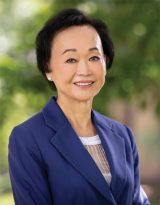 After earning a master’s degree from MU in computer science in 1971 and then continuing for a doctorate in electrical engineering in 1974, Peggy Cherng, along with husband Andrew Cherng, MS ’72, founded Panda Express in 1983. Cherng is the wealthiest self-made woman in the country born outside of the U.S. She and her husband have donated $5 million to the University of Missouri.