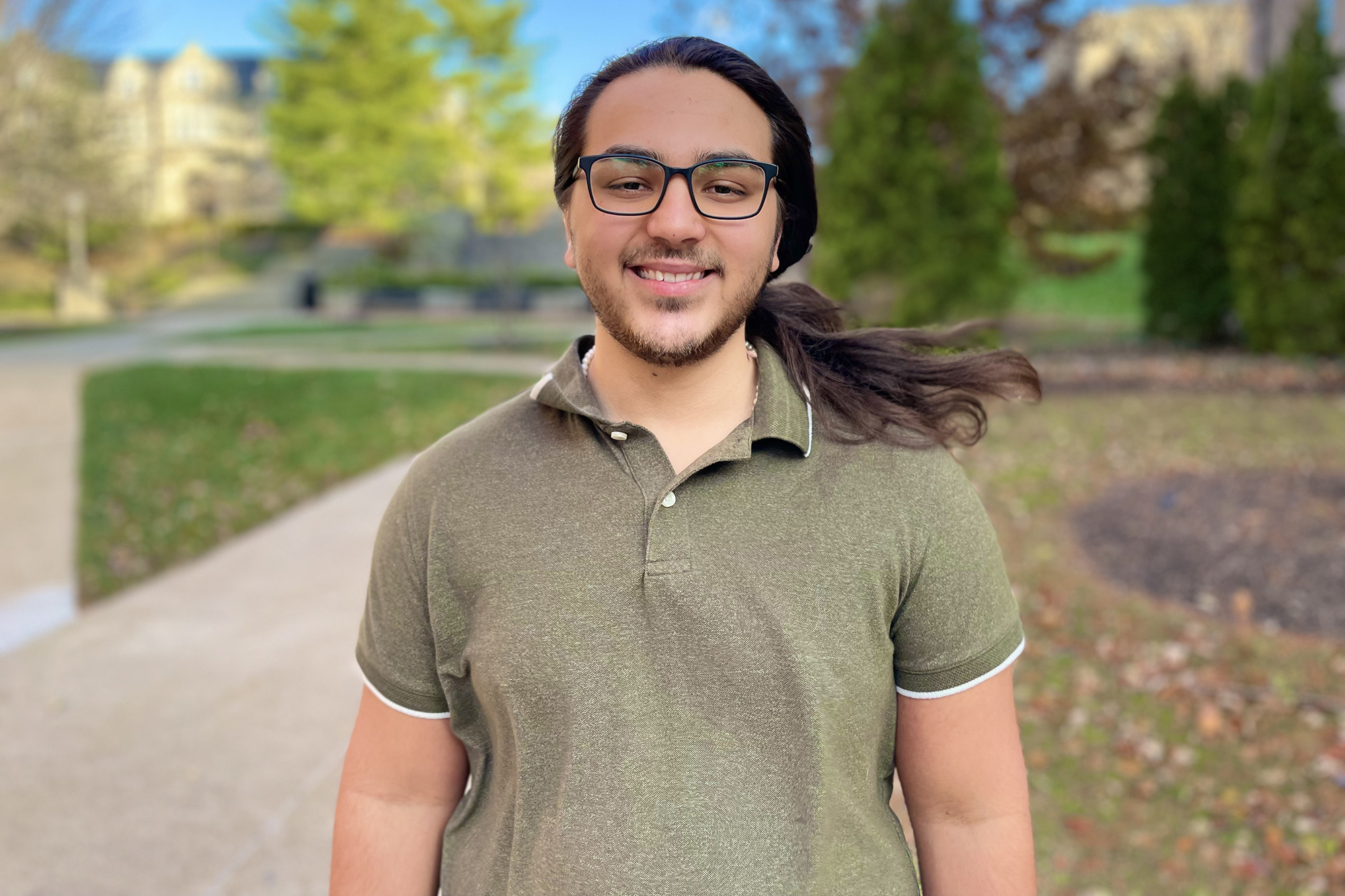 As a high schooler, Elijah Rojas opted to pick up a shift and earn some extra money instead of attending his high school graduation. This weekend, Rojas will not only be attending his college commencement ceremony — he’ll also be addressing the Honors College graduating class as the event’s student speaker.

“I didn't have much growing up,” Rojas said. “What I did have, though, was access to YouTube. I watched thousands of hours of science shows which piqued my interest in academics. I decided I wanted to be the person who puts those types of videos together — making digestible information that everyone can access.”

With curiosity and a passion for storytelling, Rojas set out to the University of Missouri ready to take flight.

To help him prepare for teaching, Rojas exposed himself to as many topics as he could at Mizzou. Even as a freshman, he dove into hands-on learning opportunities — across campus, and sometimes outside of his major. One of his favorite experiences was working with the Raptor Rehabilitation Project, a service and education organization through the College of Veterinary Medicine that rehabilitates injured birds of prey.

“Working at Raptor Rehab was one of the first things I did at Mizzou,” Rojas said. “It blew my mind. Mizzou gave me so many hands-on learning experiences that I never expected to have in college. I spent multiple semesters working on projects I thought were interesting, meaningful and important.”

Rojas eventually took a job with Moshe Naveh-Benjamin, a professor of psychology in the College of Arts and Science, and studied the relationship between age and working memory. As an upperclassman, Rojas focused his efforts on studying data science in Robert Walker’s anthropology lab. There, he analyzed more than 1,700 data points from all documented school shootings in the United States. Throughout these experiences, Rojas turned heads with his passion and persistence.

“From day one, it was clear Elijah was special,” Walker, an associate professor of psychology, said. “He asked all the right questions and immediately dove into the hardest research projects that required relentless effort. His final project was hands-down the best class project I have ever seen.”

The curiosity and drive Rojas brought to his work at Mizzou — both in the classroom and the lab — awarded him numerous accolades, including an inaugural Nobel scholarship. He was also selected to represent his peers on the honors council.

With commencement on the horizon, Rojas plans to return home and begin searching for a job that will allow him to pay it forward.

“I’ve been given so many opportunities, especially through the Honors College, to have an individualized experience at Mizzou,” Rojas said. “I’m not the same person I was when I first arrived here. Mizzou showered me with opportunities that many will never see, and I feel it’s my obligation to share my knowledge with others.”

Between his course load and extracurricular activities, Rojas leaves Mizzou with a teeming trove of knowledge. But his greatest lesson isn’t one he prepared for an exam or final report. He said it’s knowing that opportunities come when you make time for them and open yourself up to others.