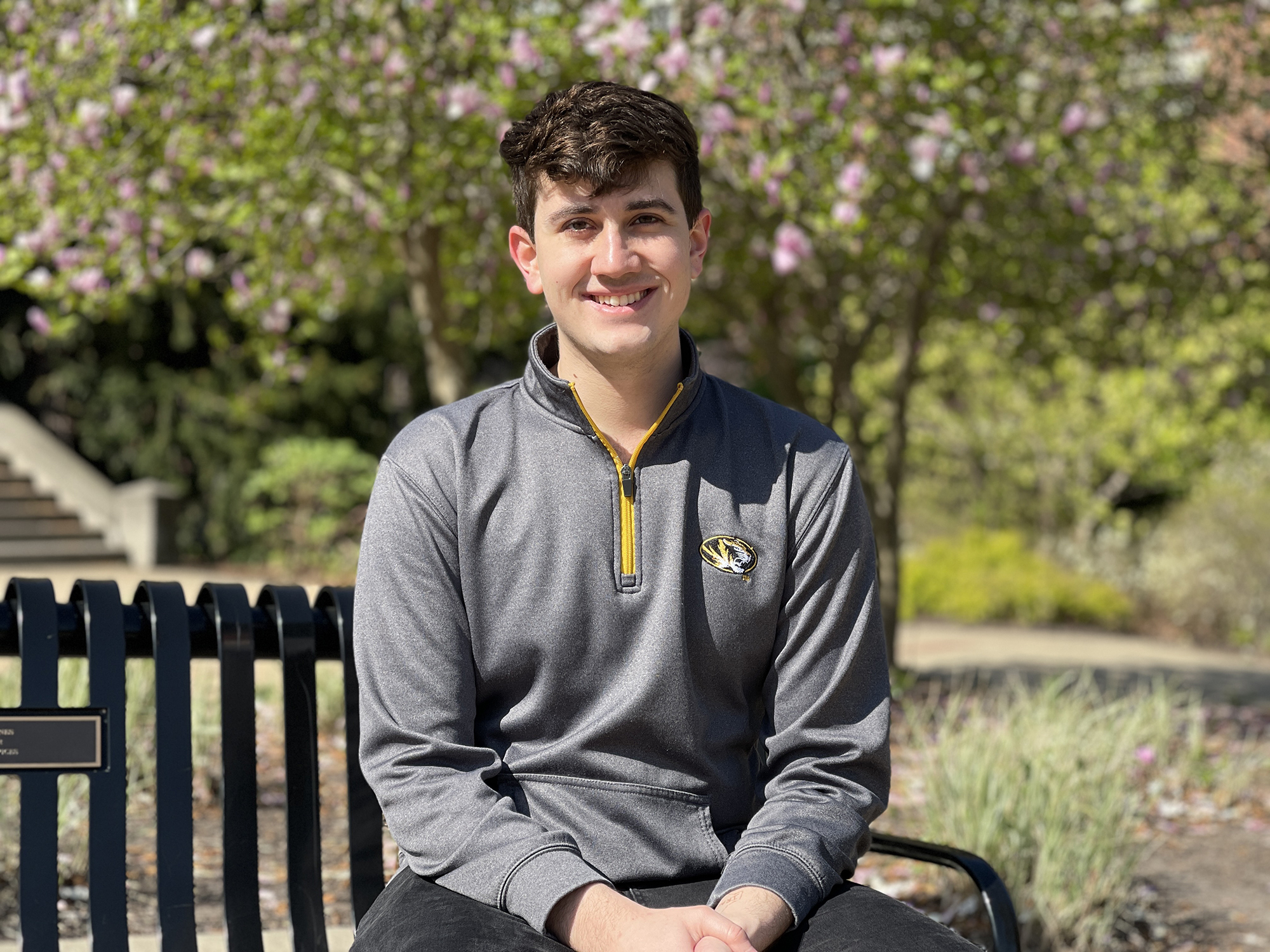 In 1995, Al Rawi’s family emigrated from Iraq to Poland, where he was born. In 2002, when he was 2, Al Rawi and his family relocated to Columbia. Even at such a young age, the exposure to multiple cultures left an imprint.

“Columbia brought a lot of diversity into my life,” Al Rawi said. “Not only because of the diverse people here, but also the many opportunities in working alongside underrepresented groups.”

As a biological sciences major at the University of Missouri, Al Rawi got involved in undergraduate research through Maximizing Access to Research Careers (MARC)/Initiative for Maximizing Student Diversity (IMSD) — a National Institutes of Health-funded program that develops the research and professional skills of students from underrepresented groups. He worked in the lab of Chris Lorson, Curators’ Distinguished Professor of molecular microbiology and immunology, researching spinal muscular atrophy with respiratory distress type 1 (SMARD1), a neuromuscular disease that affects infants.

“The support that the advisors and professors in these programs have provided has helped me immensely,” Al Rawi said. “Undergraduate research at Mizzou has opened many doors to network at conferences and become better at communicating science to the public — which will make me a better researcher and doctor.”

In traveling back to the Middle East to visit family and his roots, Al Rawi said he has realized where the need for medical science is greatest.

“Seeing the underserved communities opened my eyes to similar communities in the U.S.,” Al Rawi said. “I began to understand the importance of expanding the research behind medicine. I believe every disease out there has a cure — we just haven’t found it.”

As Al Rawi has kept his head down, the academic highlights have mounted up. In addition to having his work with Dr. Lorson published, Al Rawi won an outstanding poster presentation award at the 2021 Annual Biomedical Research Conference for Minority Students. He also interned at the Children’s Hospital of Philadelphia and won an outstanding presentation award for his research exploring genes that contribute to congenital diaphragmatic hernias.

Al Rawi has also mentored fellow students through MARC/IMSD and the Pathways to Success (PAWS) pre-medical program and served as a leader of the Minority Association of Pre-Health Students and the Muslim Student Organization. Most recently, he won the prestigious Mizzou ’39 Award as well as the Award for Academic Distinction.

“I feel very humbled and honored to be recognized for these amazing awards,” Al Rawi said. “The support of my mentors has helped tremendously in accomplishing my goals, both academic and my involvement with underrepresented groups.”

The future is here

This summer, Al Rawi will get the chance to continue his research and hone his scientific communication skills when he begins his next chapter at the MU School of Medicine.

“I’m appreciative of every person — faculty, friends and family — who have helped me along this journey over the past four years,” Al Rawi said. “It is great to know that I helped make an impact on the Mizzou community, but I wouldn’t have been able to do it without a great support system at Mizzou. I’m confident the knowledge and skills I’m gaining here will one day help me serve as a physician in underserved communities.”