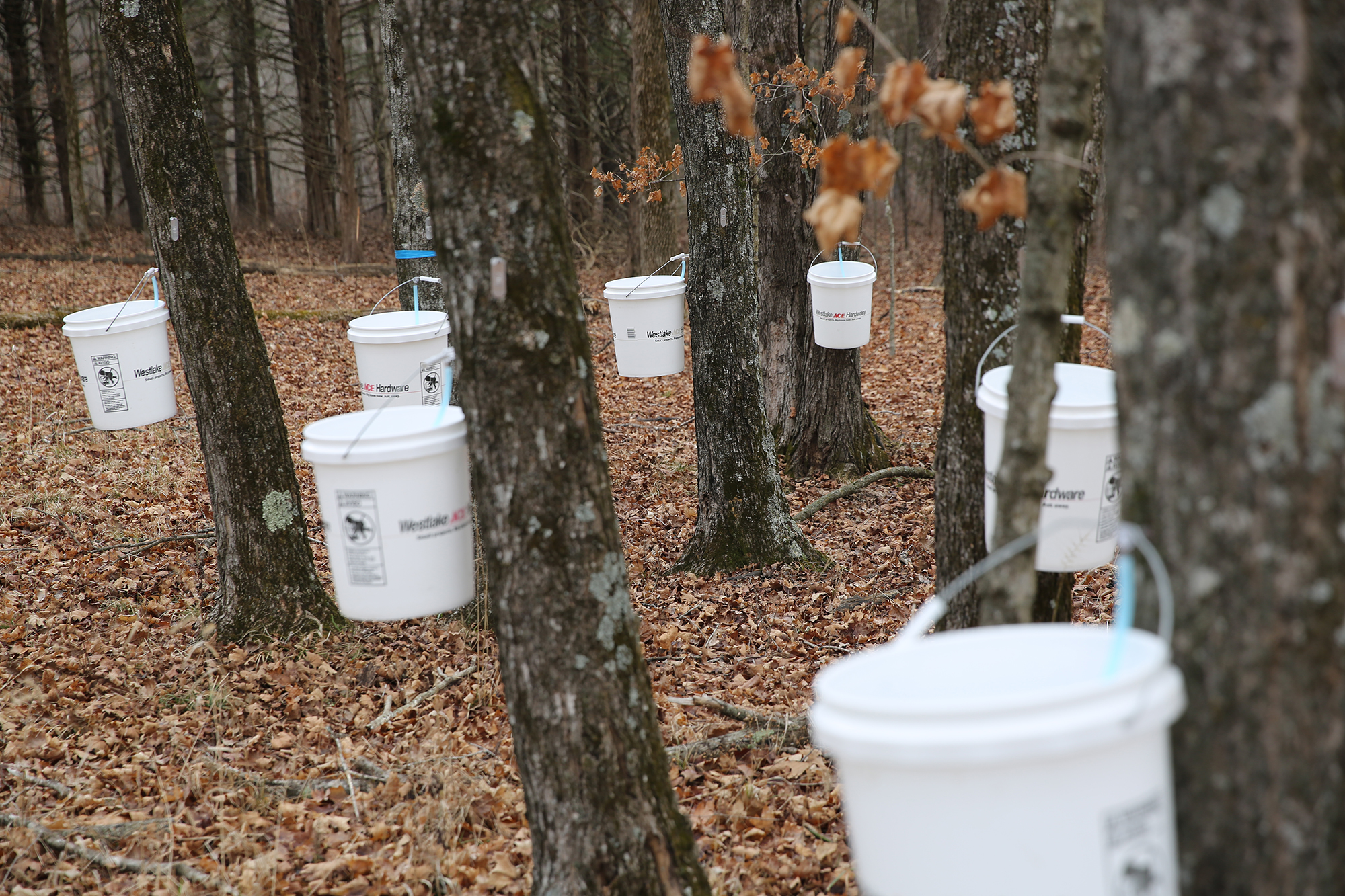 White buckets hang from the sugar maple trees at the Baskett Forest after students install spiles into the trees to collect sap.

Any mention of free food is almost always guaranteed to attract college students. The sentiment even extends to homemade maple syrup.

In addition to learning inside the classroom, students at the University of Missouri have the opportunity to venture into the forest for a firsthand glimpse into how natural resources directly contribute to consumer goods. The task: making maple syrup.

The entire project lasts about two months, and students get to try their hand at key aspects of the process, including identifying trees, collecting sap, and even the boiling process. In the end, the students leave with experience, a better understanding of natural food processing and a bottle of homemade maple syrup.

Another way of learning

The annual tradition of maple syrup-making at Mizzou began 10 years ago and has captured students’ interests ever since. Although the project operates out of the College of Agriculture, Food and Natural Resources (CAFNR), the entire campus community is welcome to participate.

“We started this project to showcase the process of maple syrup production and provide another opportunity for students, faculty and staff to work together,” said Benjamin Knapp, associate professor of silviculture. “It’s important because it gets people into the woods and teaches them a process that they can take back and do at their own home. It also helps students build connections at MU.”

Knapp has been a part of the project since 2015 and believes it’s a great way for students to learn outside of the classroom.

“People like the taste of pure maple syrup, and it is satisfying to be involved in producing something from woods-to-table,” Knapp said. “This activity provides an informal environment to have fun while learning, getting to know other students and teachers throughout the process.” 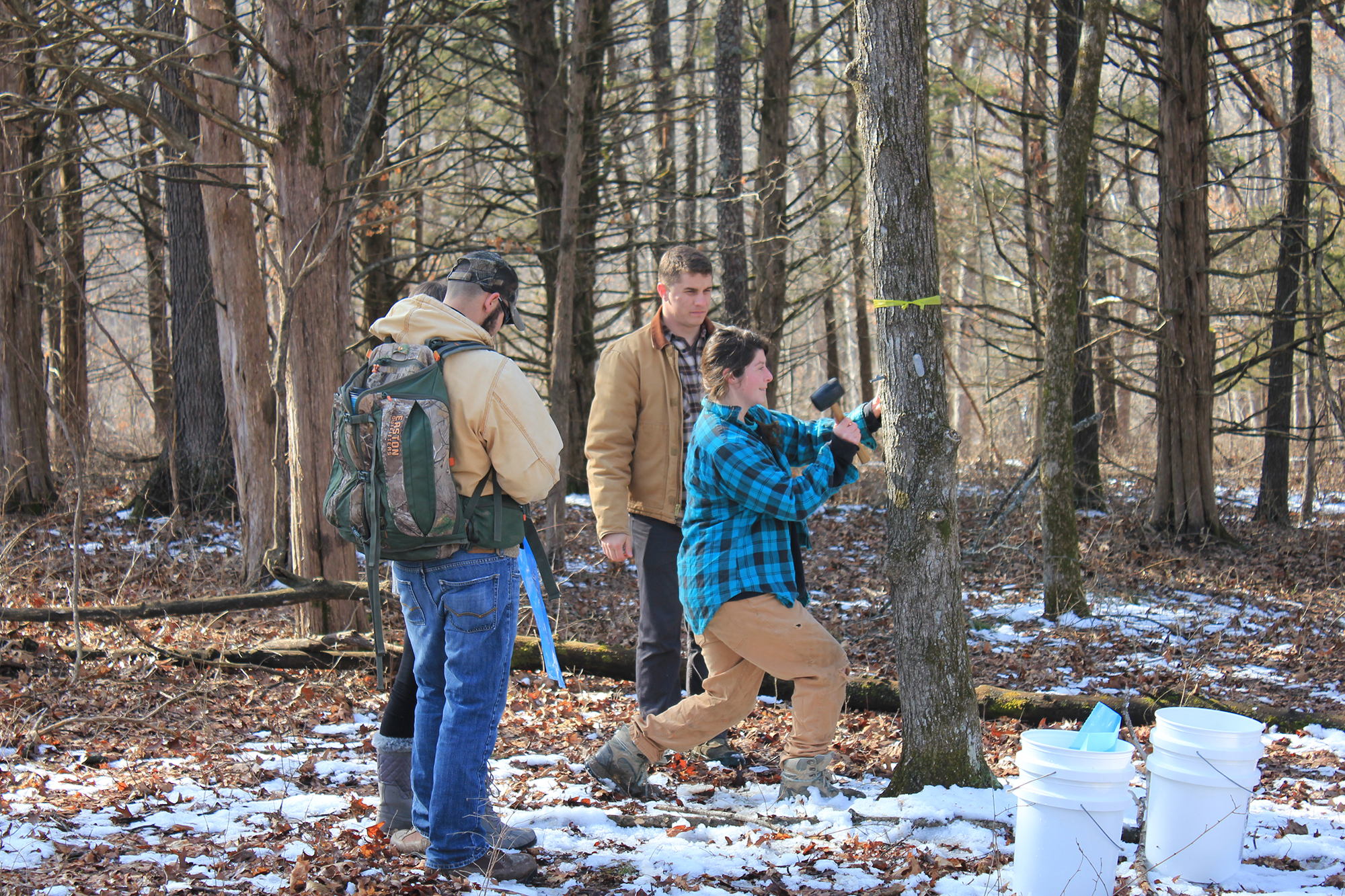 Students tap spiles into sugar maple trees to gather sap that will be boiled into maple syrup.

The process begins at Baskett Forest — a 20-minute drive from campus. There, students tap maple trees that have been tagged by Drew Anderson, a research specialist at the Baskett Forest.

“Baskett has hundreds of maple trees,” said freshman agribusiness management student Kaitlyn Buker. “It was fun to drill holes in them, tap the spigot and drain the sap. I learned that the sap is actually mostly water in the beginning. The boiling process is what turns it into a syrup.” 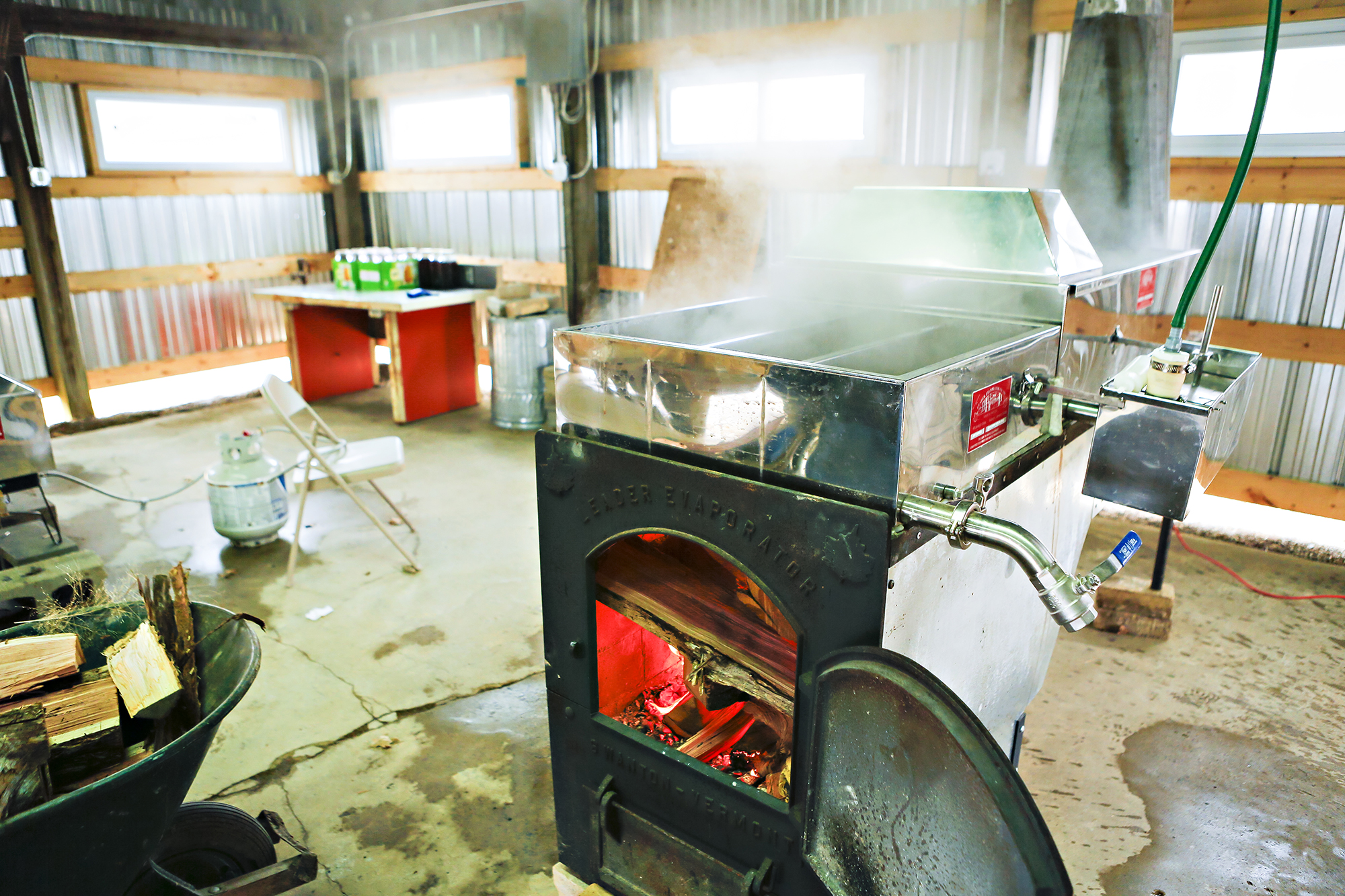 When students return to Baskett, the previously collected sap is placed in a wood-fired boiler. Boiling time varies depending on the amount of sap in the batch — with 40 gallons of sap usually yielding one gallon of syrup.

Where the magic happens

The process of turning sap into syrup is a simple, yet tedious one. “I imagined a giant cauldron full of syrup with somebody with a giant wooden pole stirring it,” junior natural resource science and management student Leeza Vasko said. Vasko said she was surprised to learn the syrup-making process is slow and entirely scientific.

The boiling process teaches students the science behind the syrup that makes this experience so sweet. Freshly harvested sap is mostly water and starts out as only about 3% sugar. After hours of boiling the water down, the final product ends up being nearly 70% sugar.

For freshman Christine Wendell, the syrup reeled her in, but the experimental learning made her stay. Attending the boiling event helped her discover what major she wanted to pursue at Mizzou.

“I went to the maple syrup event as a computer science major but left thinking I might belong in CAFNR,” Wendall said. “Although the event was just one example of everyday learning in CAFNR, it opened my eyes to a world I was missing. It’s a huge reason I’ve since changed my major.” 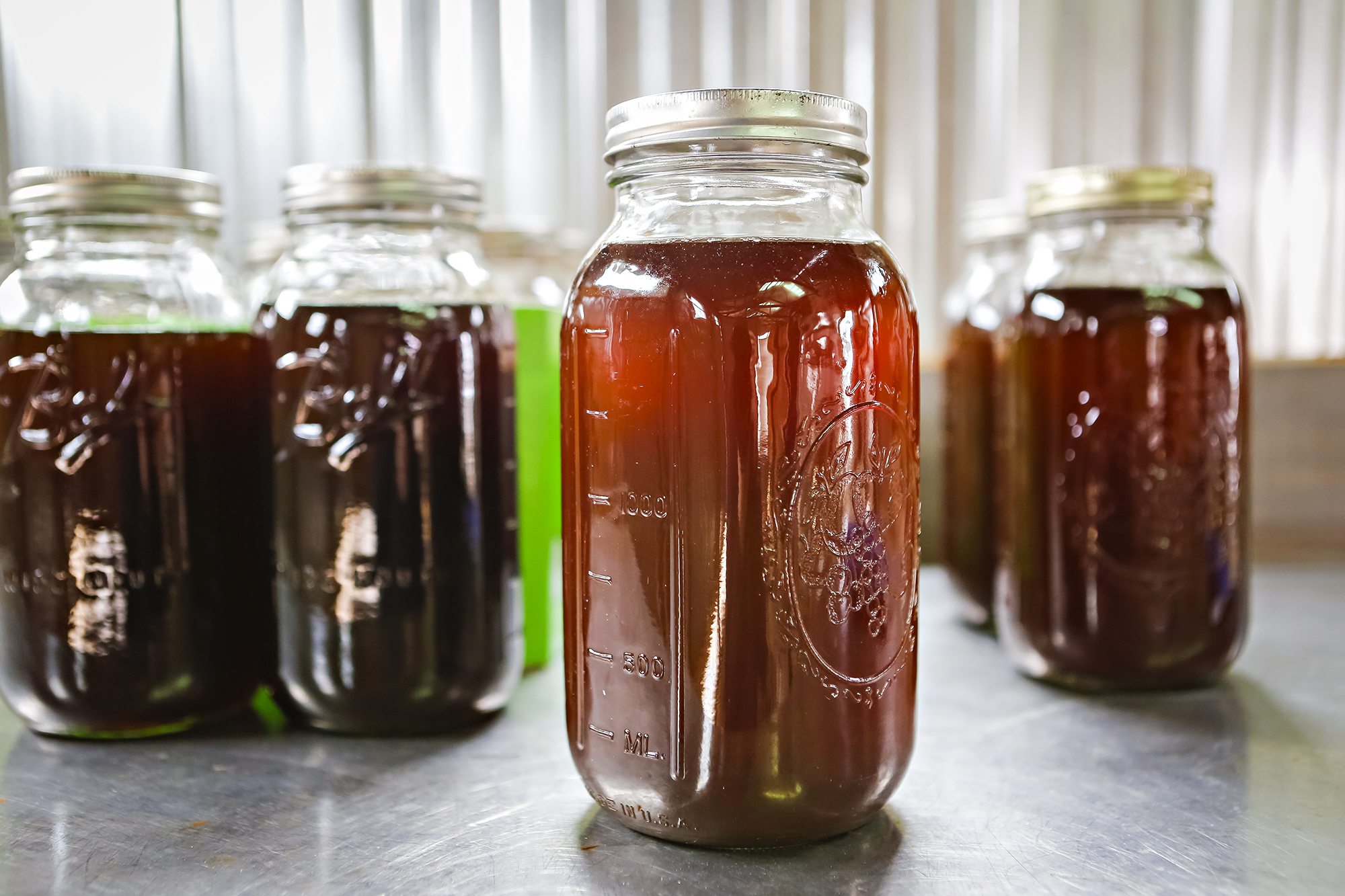 This pure, organic syrup looks as good as it tastes. One student described the taste as similar to the sugary milk at the bottom of a cereal bowl.