Hands-on learning is a way of life at the University of Missouri, where laboratories come in various shapes, sizes, disciplines and flavors — preferably French vanilla with a Dutch-chocolate swirl. That delectable combination in Mizzou’s signature Tiger Stripe ice cream has been flowing from Buck’s Ice Cream Place in Eckles Hall for decades, prepared and packaged primarily by students and faculty in the College of Agriculture, Food and Natural Resources (CAFNR).

Ice cream research at MU dates back to the 1920s, when an early institutional publication outlined the effects of pressure on the creamy confection’s manufacturing process. Buck’s, however, came into being in 1989 after Wendell “Buck” Arbuckle — an internationally known ice cream researcher who did graduate work at Mizzou — and his wife, Ruth, established an endowment to support the craft. And this summer, CAFNR is kicking off a capital campaign to redesign the shop with an updated look and a more functional layout.

Rick Linhardt, food science instructor, has managed the operation for 32 years. Although students in journalism, engineering, education and other academic homes have worked at Buck’s over the years, the parlor employs mostly students in CAFNR’s food science program.

“Working here has taught me how to apply my classroom knowledge in the real world,” said Chloe Bilyk, a food science graduate student who has worked at the shop for almost two years. “When a batch of ice cream isn’t right, I’ll say to Rick, ‘I’m noticing a sandy defect’ — which is a change in mouthfeel due to lactose crystallization when ice cream starts to go bad or something is off. Then we’ll discuss the science, and it almost always pertains to something we learned in class.”

Scroll on to view the Tiger Stripe production process. 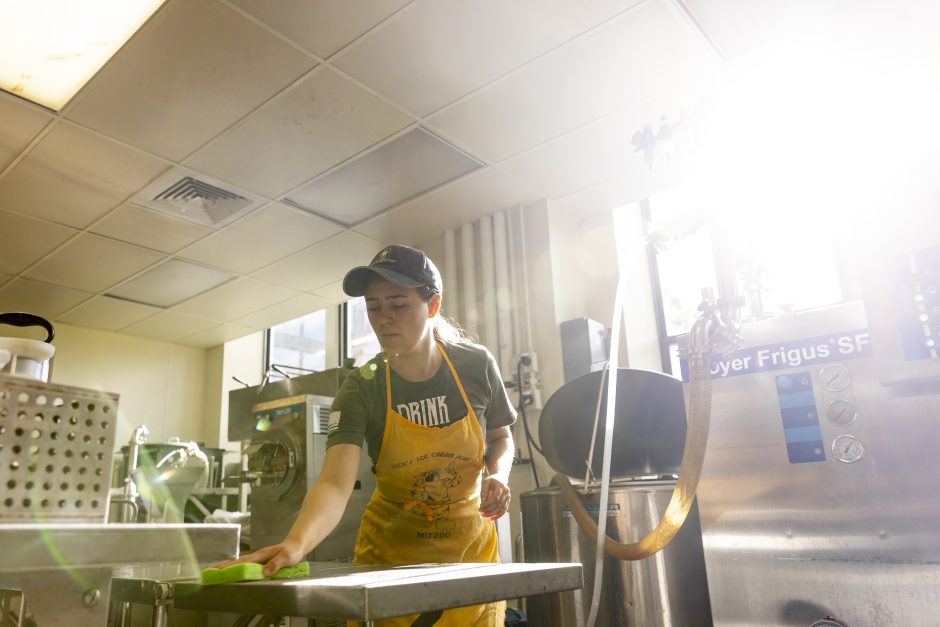 Sammie Morris, a food science graduate student from Springfield, Illinois, sanitizes work surfaces before production begins. “I don’t get to do production that often, but it’s my favorite part of the job,” said Morris who typically works the front counter. “I’m in dairy science and I research stabilizers, such as pickering emulsions, in ice cream. People think it’s pretty cool when I tell them what I do for my college job.” 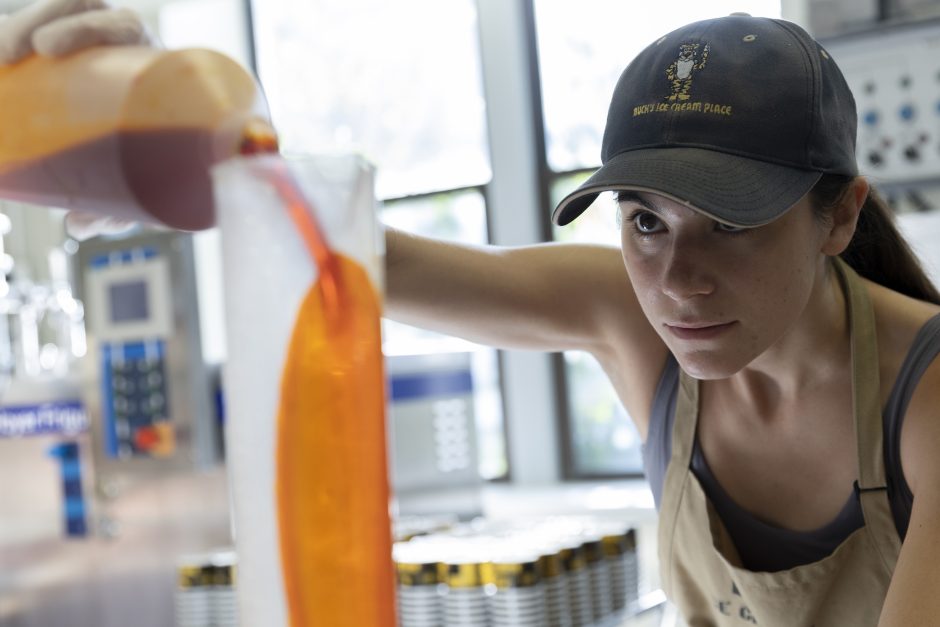 Chloe Bilyk mixes in food coloring for a batch of Tiger Stripe. Buck’s currently has 16 flavors of ice cream available in the shop, although hundreds of varieties have been attempted over the years — including chestnut, pawpaw, maple-bacon, green tea and carmelized garlic. 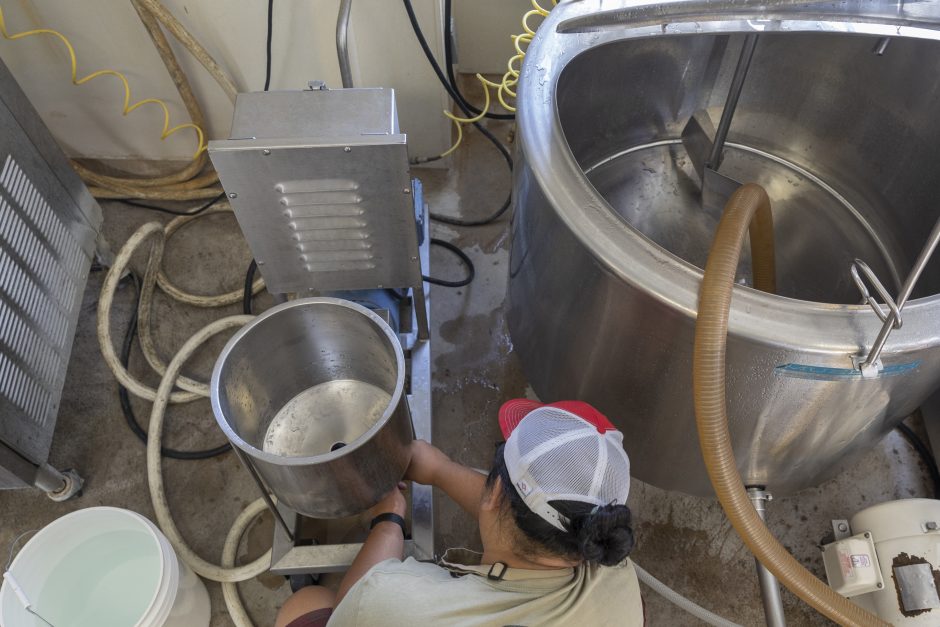 Mike Tran, a junior food science major from Ballwin, Missouri, prepares the machine to produce 100 gallons of ice cream. The postproduction cleaning process takes one-and-a-half hours, which includes an alkaline wash to remove protein, an acid wash to remove minerals and a rinse. 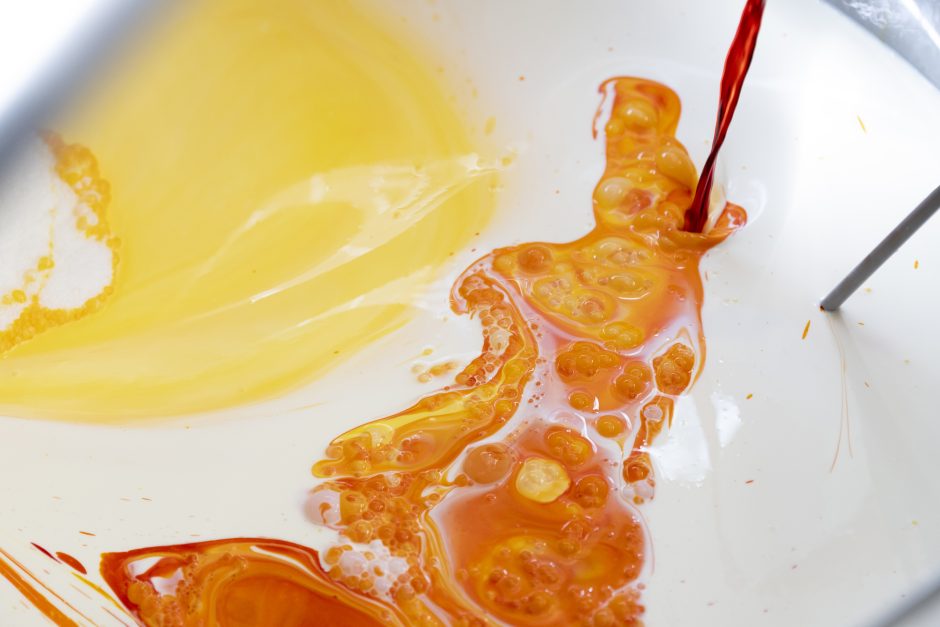 The ice cream base is technically a custard containing egg, which gives Tiger Stripe its trademark silky texture. Until the Dutch-chocolate ribbon is added, the base blend is known as Mizzou Gold, which local eateries, such as Flat Branch Pub and Brewing, use as the house vanilla. 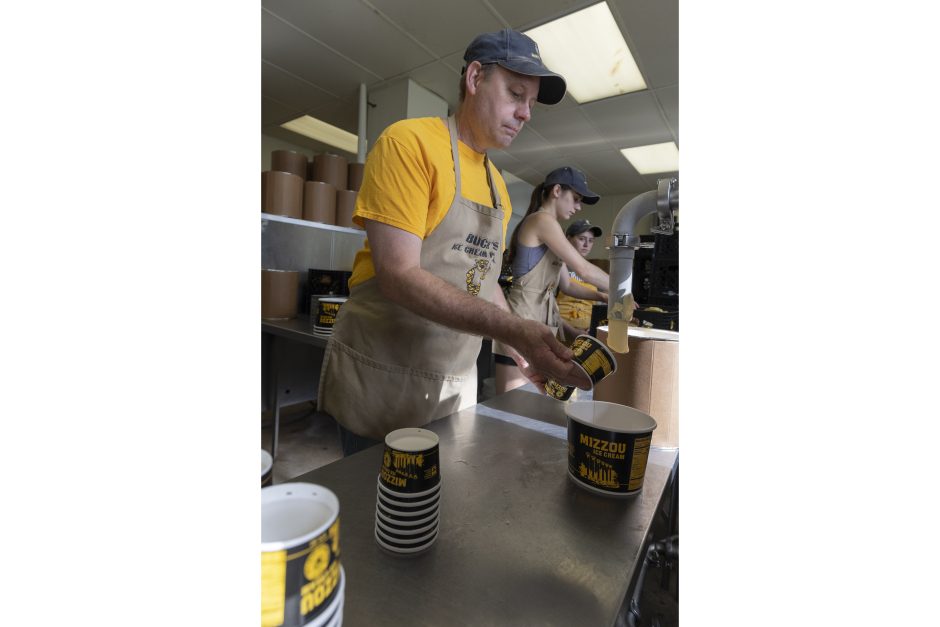 Rick Linhardt has perfected the precision process of filling cup after cup with Tiger Stripe — in this batch, 150 containers. The Dutch chocolate stripe is made from the same type of dark cocoa used in Oreo cookies. Linhardt will retire from full-time work Aug. 1. 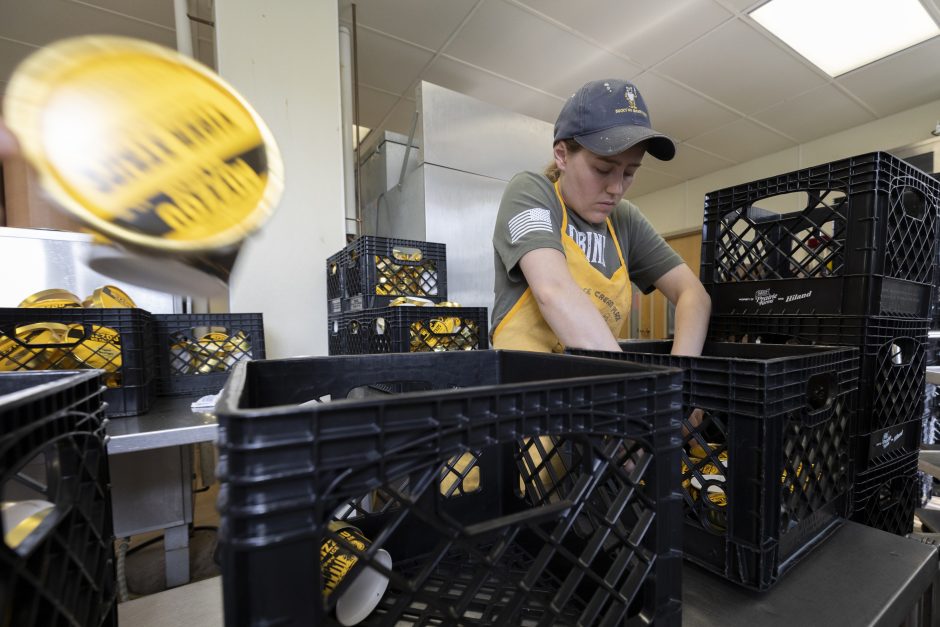 Morris packs crates with ice cream cups as more product comes flying in. In addition to selling ice cream across campus, and at local grocery stores and restaurants, the team packages 6,000 cups every year for Tiger Walk, 400 three-gallon cylinders for the Missouri State Fair, and they also fill several orders for wedding receptions and other special events. 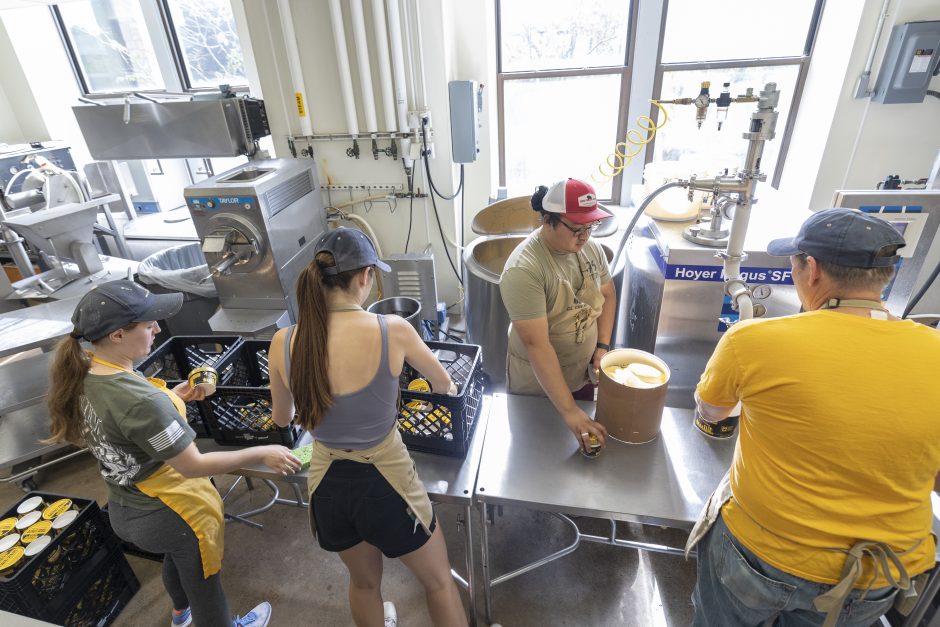 Tiger Stripe is the only flavor that requires four people on the production line at once because of the large batch sizes. “One time, a tube froze during production and the pressure built up until it burst,” Linhardt said. “That was a mess. But it was a teaching moment in a real-time production environment.” 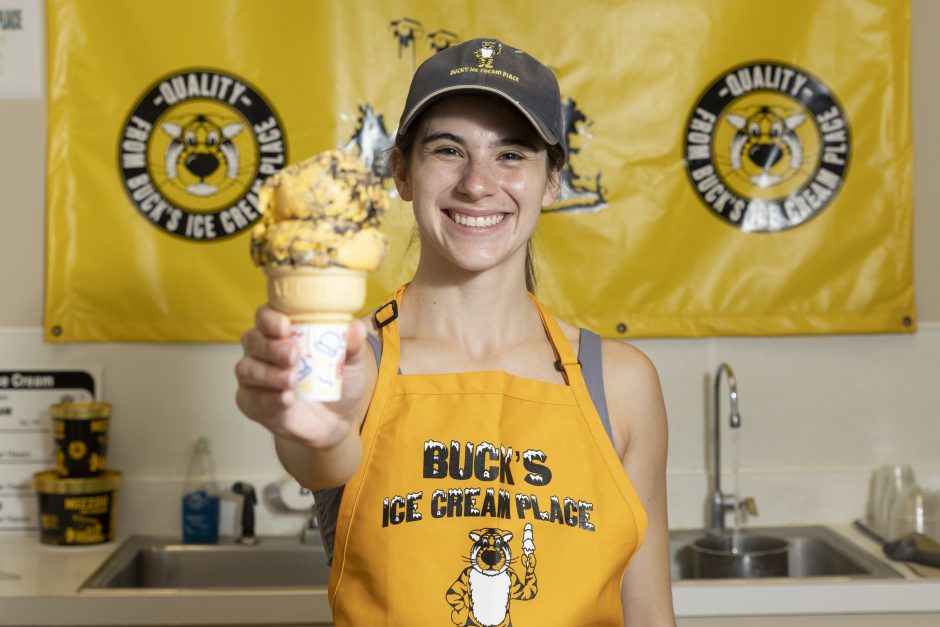 History of dairy science at MU 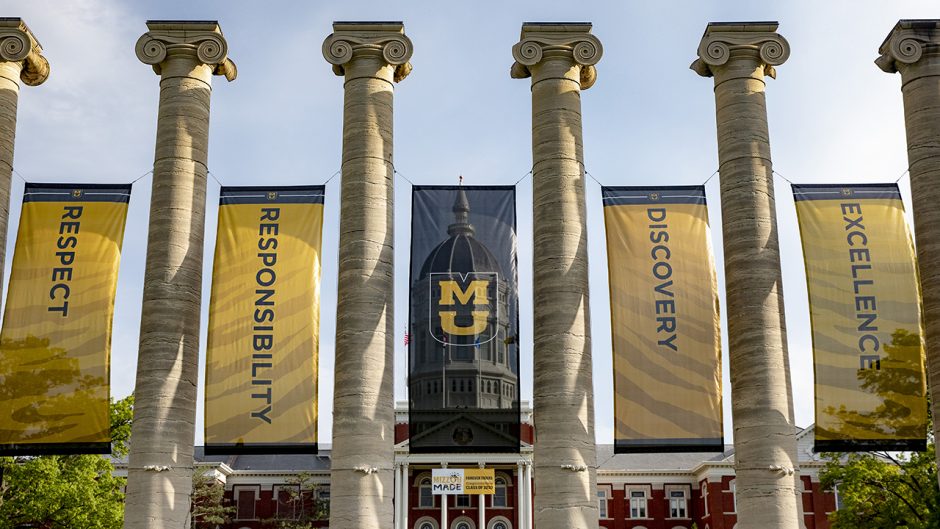 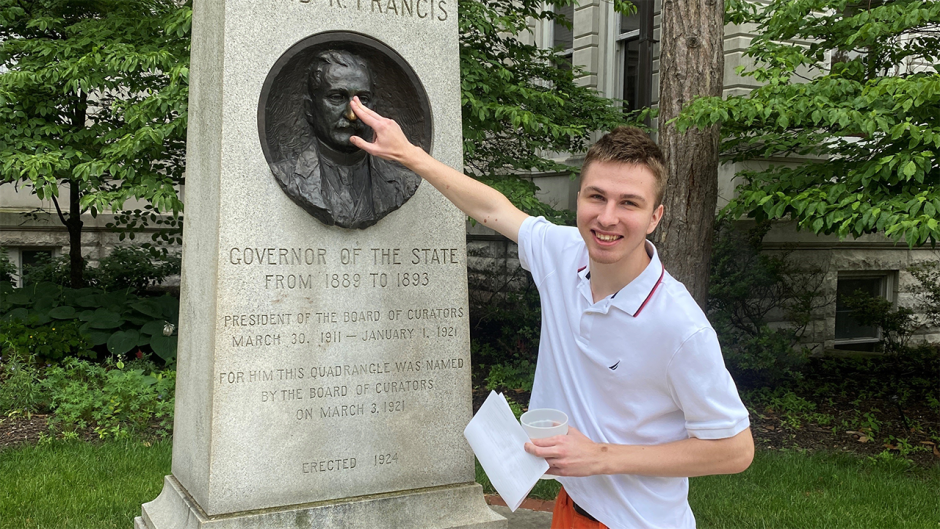 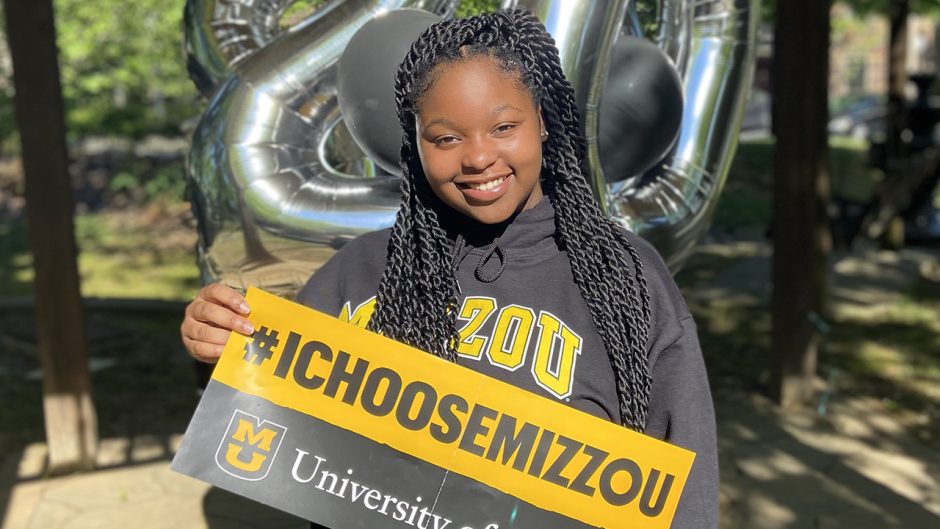