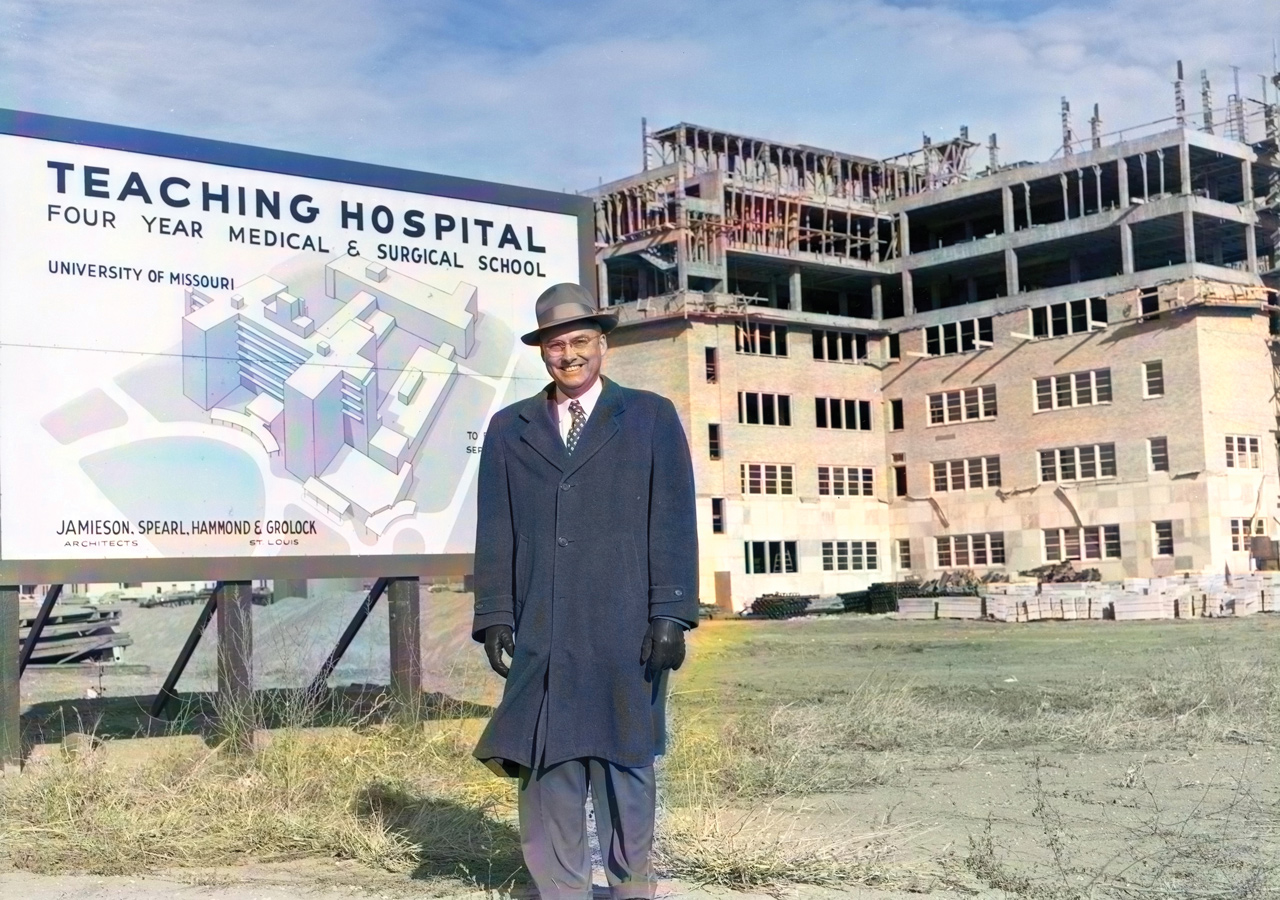 During the past 150 years, the science of medicine has moved ahead at a pace perhaps never before seen. Advances in technology, chemistry and biology, along with breakthroughs like penicillin, X-rays and computers, have revolutionized our ability to improve and extend human life. Accordingly, the curriculum of the MU School of Medicine, the first publicly supported medical school west of the Mississippi River, has completely transformed at least twice since it opened as a two-year program in 1872. Despite curricular paradigm shifts since then, certain elements of today’s experience would be instantly familiar to a student from any era. Not least of these is the core mission to train physicians and researchers who will keep Missourians healthy. Here’s a look at three students and their experiences. 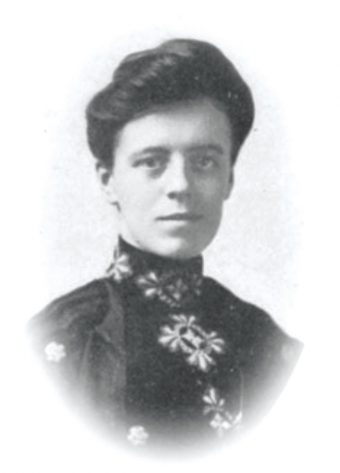 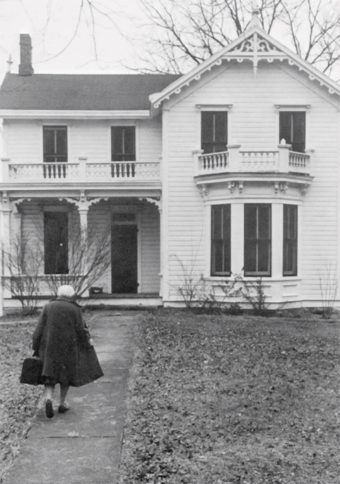 One of the first women at the School of Medicine, Ruth Seevers eventually returned to her hometown of Osceola, Missouri, and delivered thousands of babies, some of whom were named Ruth in her honor.

Ruth Seevers grew up in Osceola, a rural community in southwestern Missouri, in the late 1800s. Her father was the town’s physician, and he had wanted his son to follow in his profession, says Elizabeth Garrett, MD ’79, professor emeritus of family and community medicine. When her brother demurred, Ruth’s father turned to her and told her that, if she promised not to get married before she graduated, he’d pay her way through medical school.

Tuition to MU at the time was free, but Garrett estimates a year of room, board and books could cost up to $190, a substantial sum in those days. Upon arrival, Seevers, MD 1906, met classmates who covered expenses by doing everything from trapping rabbits to selling homemade fudge to chopping wood.

Prerequisites for admission to the medical school were just a high school education and two years of Latin, but once a student was enrolled, the training was rigorous. Of a typical 25- to 40-student class, often only seven or eight would graduate. Seevers was in class six days a week, studying pathology and experimental physiology, dissecting cadavers and hand-drawing her own cross-sections. There were no residencies, per se — Columbia only had one hospital for its population of 6,000. Students wanting to specialize could pair up with a local specialist. The curriculum, then four years in duration before the school changed back to a two-year degree in 1910, covered all aspects of medical practice. Many of the graduates were destined to return to their rural hometowns, where they’d be one of the few physicians, if not the only one, charged with treating illnesses, delivering babies and performing surgeries.

That included Seevers, who went back to eventually replace her father. During her 70-year career, she delivered and cared for generations of Osceolans. Garrett says that townspeople still remember “Dr. Ruth,” even decades after her death. 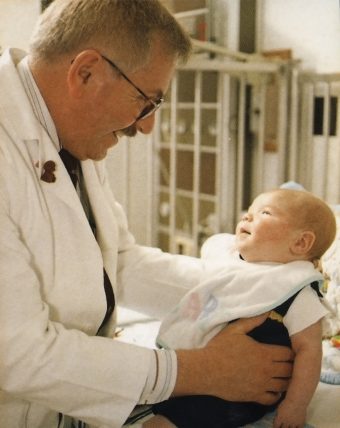 Ted Groshong graduated from the medical school in 1967 when the curriculum was built around rote memorization. He went on to serve in numerous roles at the school, including associate dean for student affairs and medical education and senior associate dean for alumni affairs.

Ted Groshong’s first year as an undergraduate at Mizzou, 1961, was just four years after the School of Medicine once again instituted a four-year medical degree program. The reasoning was that if Mizzou continued sending its doctors all over the country to finish medical school, fewer and fewer of them would return to set up practice in Missouri.

Groshong enrolled in the medical school in 1963, but he would quickly learn that it might as well have been 1945. The first two years’ curriculum was built around the same rote memorization of facts and practices that schools had developed in the early 1940s before antibiotics changed medicine forever. “Drugs weren’t available when the curriculum was first developed,” says Groshong, BA ’63, MD ’67, associate professor emeritus of child health. “So, you focused on the conditions you could treat, often surgically. Back then, the overwhelming majority of graduates would go into general practice where you’d have to do some surgery.”

For that reason, the first semester was almost entirely memorizing anatomy. From there, it was mostly lectures and some labs on general medicine, then the clinical years and residency. In the early part of this era, the medical school was isolated from the rest of campus, both geographically and practically, as medical students worked, studied and lived mostly with one another all four years. As the scientific foundation of medicine changed, so did MU’s curriculum, though large lectures and memorization continued.

That said, within the school, there was no real central coordination of the curriculum. As a result, occasionally a professor in microbiology would teach something that contradicted what another professor was teaching in pharmacology. But, looking back after more than 50 years in practice and teaching medicine at Mizzou, Groshong feels that his education prepared him for the world he entered. “They taught us how to be good doctors,” Groshong says. “A good doctor is one who continues to learn and grow on the job.”

Abdoulie Njai was attracted to the School of Medicine’s patient-based learning curriculum. Photo by Justin Kelley

When Abdoulie Njai came to Mizzou for his initial visit in 2016, professors invited the pre-med student from Kansas to sit in on a class. Njai was immediately struck by MU’s innovative approach. In 1993, under the direction of Professor Michael Hosokawa, now senior associate dean of education and faculty development, the School of Medicine had completely overhauled its curriculum to a patient-based learning (PBL) model. Instead of the old-school lectures, smaller groups of students were given an actual case to investigate and solve. “I was like, ‘This is what it’s like to actually be a physician,’ ” Njai says. “It’s one thing to see it in a textbook. But it’s something else to incorporate it into a real-world example.”

Njai would learn more about PBL as a first-year Mizzou medical student the following year. He and seven other students were assigned a faculty facilitator who presented the group with a weekly case based on a real patient. The students listen to the symptoms, pose questions and then hit the library to gather information. Then they present follow-up questions based on their findings and request lab results or tests. By Friday, they come to class with an agreed-upon diagnosis and management plan.

In addition, the School of Medicine is no longer siloed. Following the latest interdisciplinary approach to medicine, students are encouraged to broaden their studies to look at social determinants of health. They also study interprofessional communication to improve care through cooperation with other team members and their patients.

These days, Njai is studying for a master’s degree in public health at Harvard. He’ll return to Mizzou for his fourth year. He feels his experience at MU has helped prepare him for any role he might find in health care. “They really humanize the things they do,” he says. “In some medical schools, you forget there’s an actual patient behind all of this.”

A history of the School of Medicine

1872: The Medical Department on the University of Missouri-Columbia campus begins instruction with 15 students. It’s the first publicly funded medical school west of the Mississippi River. Dr. Joseph Norwood is the school’s first dean. 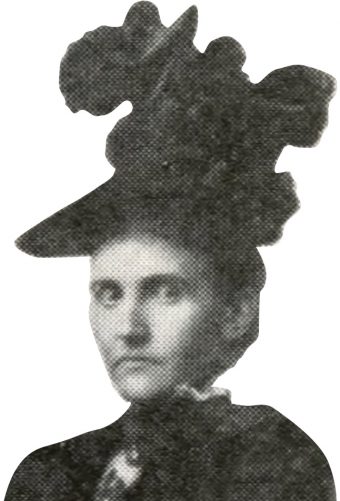 1900: Anna B. Searcy becomes the first woman to graduate from the University of Missouri with a degree in medicine.

1901: Parker Memorial Hospital is erected on campus as Columbia’s only hospital and one of the first teaching hospitals in the U.S.

1906: Caroline McGill, a 1905 medical school graduate, becomes the first woman to join the School of Medicine’s faculty. She was an instructor of anatomy. 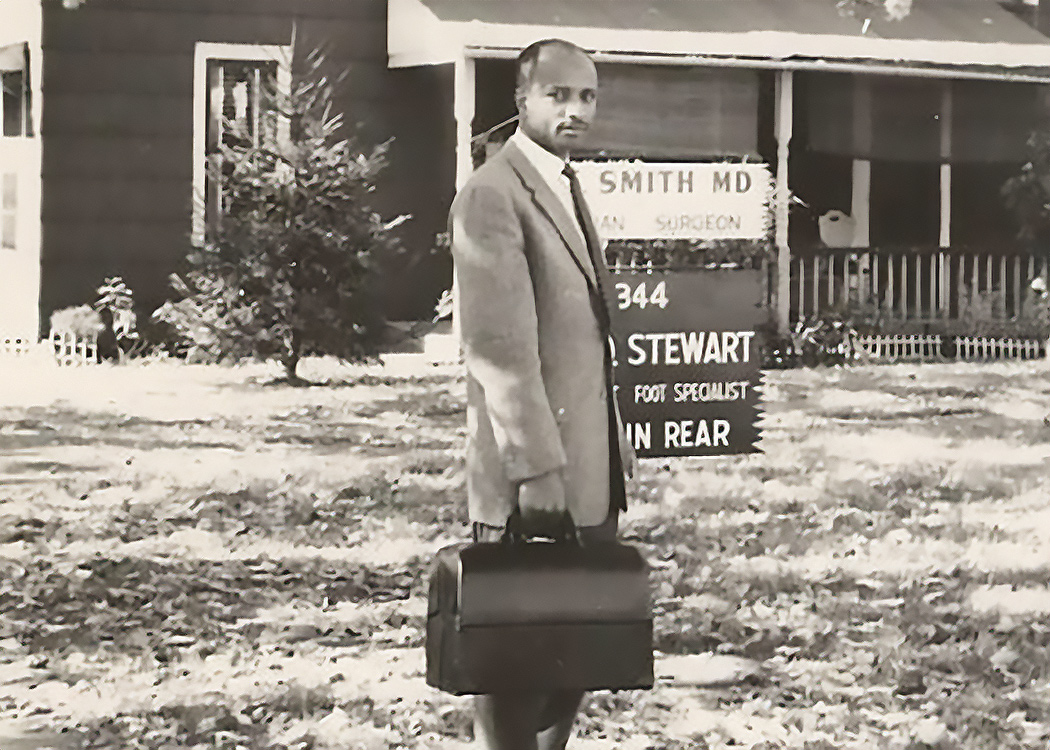 1953: Robert J. Smith becomes the first Black person to graduate from the School of Medicine. MU offered a two-year program then, and Smith finished his doctor of medicine degree at Meharry Medical College in Nashville, Tennessee.

1954: School alumnus Frederick C. Robbins, BS ’38, is part of a trio of researchers who receive the Nobel Prize in physiology or medicine for their breakthrough in isolating poliovirus in tissue culture, laying the groundwork for the polio vaccine.

1955: The School of Medicine institutes a four-year doctor of medicine degree program. 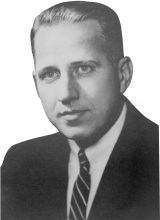 1958: Stephenson performs the first open-heart surgery in mid-Missouri at the new University Hospital.

1977: Karl D. Nolph, chief of the School of Medicine’s Division of Nephrology and Hypertension, pioneers the development of continuous ambulatory peritoneal dialysis.

1993: The school overhauls its curriculum to shift focus from lectures to problem-based learning.

1999: S. Arshad Husain, professor of child psychiatry at MU known internationally for his work with children living in war zones and disaster areas, opens a center to train teachers and mental health providers in trauma and disaster psychiatry. 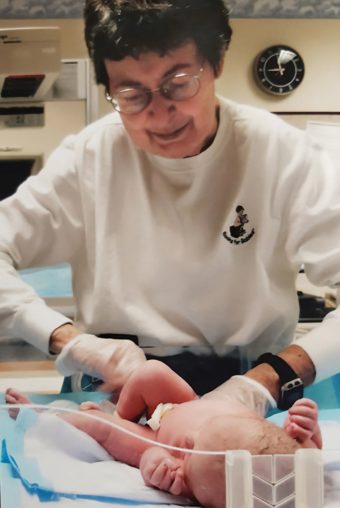 2016: In partnership with CoxHealth and Mercy Health systems, the school opens the Springfield Clinical Campus, where medical students can complete their last two years of training.

2017: The new Patient-Centered Care Learning Center is completed. The 97,000-square-foot expansion of the school was built to facilitate more patient-based learning.