Today, the National Academy of Inventors (NAI) announced that Chung-Ho Lin, associate research professor in the University of Missouri College of Agriculture, Food and Natural Resources (CAFNR) School of Natural Resources, has been elected to the rank of NAI Senior Member. Lin joins the ranks of an elite group of inventors recognized for their contributions to society. 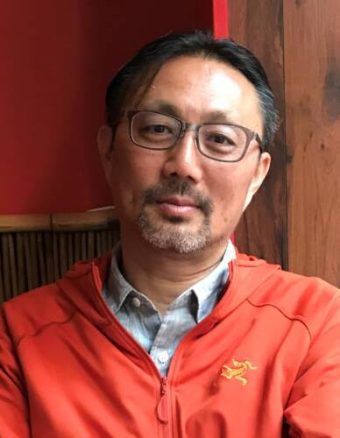 “I am honored to earn the rank of NAI Senior Member,” Lin said. “I appreciate the advisory committee and board of governors for selecting me for the award, and I look forward to working with the organization in the future.”

The NAI Senior Member program is an exclusive distinction created to showcase the innovative ecosystems at NAI member institutions such as the University of Missouri, which provides the supportive environment to foster novel discoveries. From these learning institutes, NAI Senior Members are chosen from active faculty, scientists and administrators with success in patents, licensing and commercialization who have produced technologies that have the potential for a real impact on the welfare of society. Senior Members also foster a spirit of innovation within their communities by enhancing an inventive atmosphere while educating and mentoring the next generation of inventors.

Lin’s primary research involves the use of plants, microbes and engineered enzymes to break down environmental pollutants, a process known as bioremediation that can contribute to ecological restoration. He is the lead scientist in the bioremediation program at the MU Center for Agroforestry, one of CAFNR’s Programs of Distinction.

Lin has spent the last seven years working to transfer research inventions to industrial applications. His collaborative efforts have successfully launched startups based on research in agricultural production, chemical remediation, biofuels and much more. One example, Elemental Enzymes, is now a self-sustaining company active in six countries, holding more than 114 patents and employing 37 workers in offices in Missouri and Florida. In 2019, Elemental Enzyme’s products were applied to more than 7 million acres of crops in the U.S. alone, producing more than a billion additional pounds of corn.

Lin is also co-founder and lead scientist of Tiger Enzyme Solutions at the MU Life Science Incubator. Among other projects, the company is developing bioreactor technology to convert blood types to produce the universal donor type O. In addition to 17 patent applications that have generated revenue for MU, Lin collaborates with and strengthens the economic impact of regional biotechnology companies, including SCD Probiotics, Proviera Biotech, Kelly Foods Corporation and AgriGro.

“Dr. Lin is incredibly deserving of this honor,” said Shibu Jose, associate dean for the CAFNR Office of Research. “His research and collaborative efforts have sparked technologies that have gone beyond the lab and are now being incorporated within industries. I am excited to see the NAI reward Dr. Lin in this way.”

Lin received the 2020 President’s Award for Economic Development from the UM System. The award recognizes faculty for distinguished activity in meeting MU’s goal of serving as an economic engine for the state and its citizens.

Lin received his PhD in phyto/bioremediation from Mizzou in 2002.