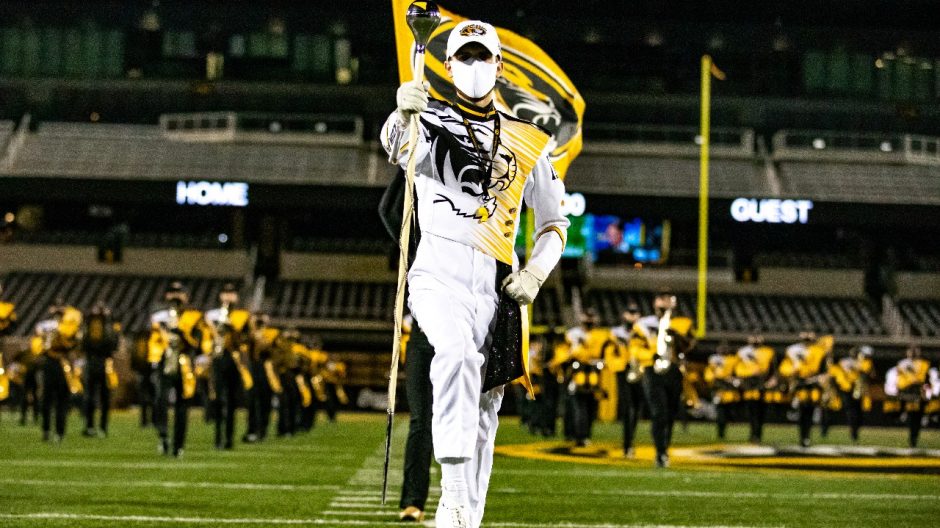 The more than 300 members of the band, drumline, feature twirlers, color guard, and Golden Girls will spend the next 18 months refining the details of their performance, including marching, lines, pacing, and music for the more than two-mile route.

“As kids, we grew up watching the parade, so being able to actually be a part of that and be a part of some joy that a kid gets in the morning is just so cool,” Malone said. “We get up every year and watch it together, so the fact that I now get to go to the parade and be in it is just absolutely crazy.” 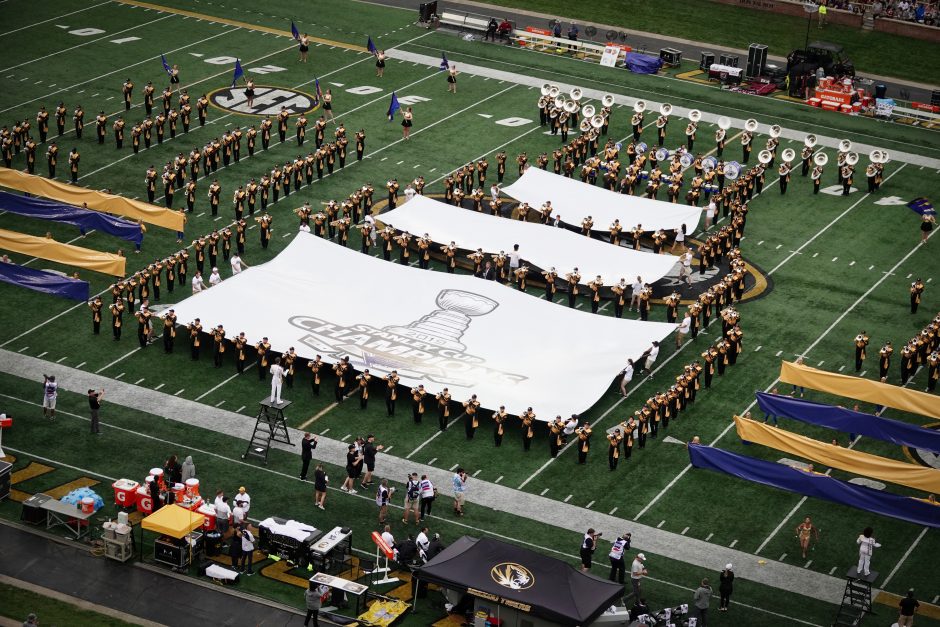 Marching Mizzou was selected out of over 100 applicants to perform in the annual holiday parade. Among the performances that Amy Knopps, associate director of bands and director of Marching Mizzou, submitted to the parade committee included the marching band’s 2019 tribute to the St. Louis Blues’ Stanley Cup championship. It will be MU’s first appearance in the parade. 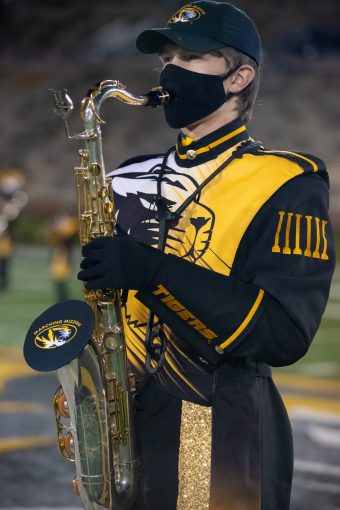 In addition to performances across Missouri and the United States, Marching Mizzou has performed at the 2012 and 2016 St. Patrick’s Festival Parade in Dublin, Ireland.

“It’s an honor, and it’s historic for our program and for our students,” Knopps said.

“No one was expecting it,” said Carlee Fenton, a junior and feature twirler in Marching Mizzou.

Prior to Saturday night’s surprise, Knopps had to keep the news a secret for over a year. Alex Weinzierl, a junior and Marching Mizzou drum major for the upcoming 2021-2022 season, said that Knopps strongly encouraged band members to attend, which made him wonder if something special was going to happen.

“I was suspicious leading up to it,” Weinzierl said. “Dr. Knopps encourages attendance at all events, but she kept reiterating that we do not want to miss this banquet. I knew something big was going to happen, but I was not expecting this.”

The more than 300 members of the band, drumline, feature twirlers, color guard, and Golden Girls will spend the next 18 months refining the details, including marching, lines, pacing, and music for the more than two-mile route. In November 2022, they will join the revelry along with other Macy’s staples: fantasy floats, character balloons and performers.

“It’s an honor and a privilege to be recognized at such a high level,” Weinzierl said. “To be able to showcase our energy and hard work on such a huge stage is something we are so appreciative of, and we are ready to get to work.”

Knopps said marching in the Macy’s Thanksgiving Day Parade was always a goal she had for Marching Mizzou. She hopes the trip creates memories for members similar to hers when she performed with Marching Mizzou as a student and drum major in 2000 at the presidential inaugural parade.

“On future Thanksgiving mornings when our students wake up to watch the Macy’s Thanksgiving Day Parade, I want them to remember their performance and the trip fondly,” Knopps said. “As someone who marched in the 2000 presidential inaugural parade, I know the impact of these historic moments and performance opportunities. I cannot wait for our Marching Mizzou band family to make memories that will last a lifetime.”

To learn more about making a contribution toward Marching Mizzou’s trip to New York City in November 2022, please click here