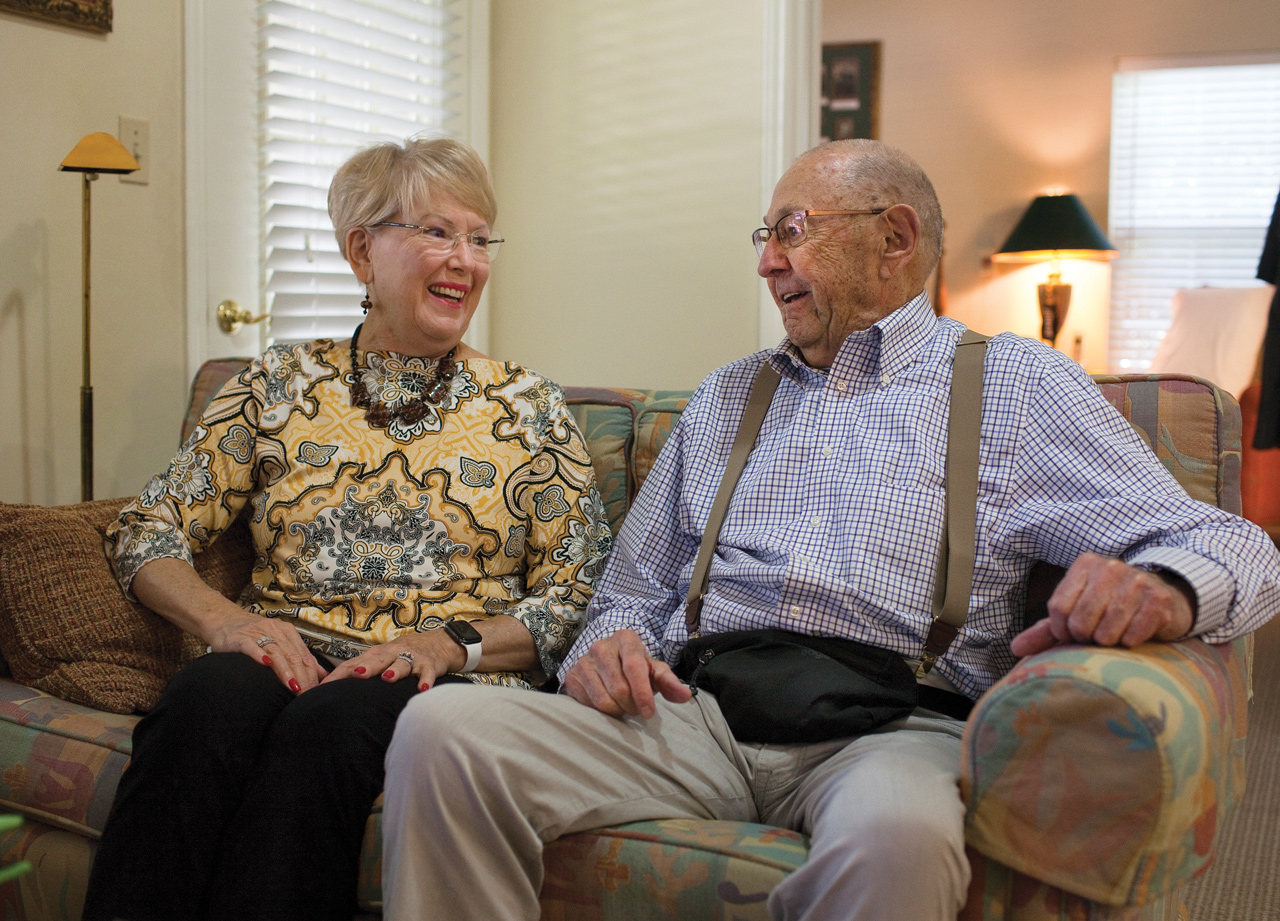 Rantz’s decades of health care research include pioneering aging in place, an innovative eldercare model that has influenced senior care programs nationwide. The idea is to provide services and care that meet nursing home residents’ increasing needs where they live, rather than relocating them to higher levels of care. “I really believe that helping older people — advancing that cause — is probably why I keep working, despite getting older myself,” she says.

In 2012, Rantz became a member of the Institute of Medicine (now the National Academy of Medicine), an elite group of researchers that inform government policy. Also that year, she received a $14.8 million research grant, MU’s largest ever at the time, to improve nursing home care. The grant led to the Missouri Quality Initiative, an eight-year study that placed highly trained APRNs in 16 nursing homes in the St. Louis area of the state, supported them and analyzed the changes this new model brought.

It’s a game-changer, Rantz says. APRNs improved quality of care, leading to a decrease in hospitalizations that saved over $31 million in Medicare, Medicaid and insurance costs over five years. In addition, APRNs would save homes an estimated $500,000 per 200 beds annually by keeping residents in the facilities, where they can continue to charge for services.

Avoiding trips to the hospital fends off a host of potential problems. A frightening ambulance ride or the lack of familiar surroundings can trigger confusion and disorientation, and without their usual care plans in place, elders risk missing or duplicating meds. “If we can intervene and manage these residents in nursing homes where they are already familiar with the staff and routine, it is the best place for them to be,” Rantz says. That’s where the nurses come in.

Example: A common cause of avoidable hospitalizations is dehydration. Oftentimes, overwhelmed and undertrained staff members miss dehydration’s early signs, leading to urinary tract infections, pneumonia or other dangerous conditions that trigger trips to the hospital. Having an APRN on the care team changes that dynamic. They elevate the quality of care across the facility, in part by coaching the staff on key diagnostic skills. That means staff catch residents’ problems earlier, when they can still be treated in the nursing home. “If we can get fluids into those residents, it helps tremendously,” Rantz says. “They feel much better, so they continue to eat and move. Movement helps them get back on track physiologically.” And, as the overall performance of staff improves, so does their job satisfaction, which results in less turnover.

It would be a win-win all the way around but for a few stumbling blocks, Rantz says. The biggest bump is that Medicare prohibits nursing homes from employing APRNs and billing for their services. Rantz attributes the restrictions to outdated regulations. “This is a key underlying issue that needs to change, and the public needs to know about it,” she says. “There’s no reason facilities can’t employ APRNs and bill under Medicare just as physicians do.” Prohibiting nursing homes from hiring APRNs can be especially troublesome in rural communities where hospitals and other health care resources are limited.

If anyone can shape policy, it might just be Rantz and her colleagues. “We are very optimistic this study will be key to influencing federal changes,” says Amy Vogelsmeier, MS ’97, PhD ’08, associate professor of nursing and a co-investigator on the study. The research team, which includes Mizzou faculty members Lori Popejoy, BSN, ’93, MS ’ 96, PhD ’07, and Kelli Canada, enjoys international acclaim for its work improving nursing home care, Vogelsmeier says. This study in particular shines a bright light on the value of a well-trained nurse.