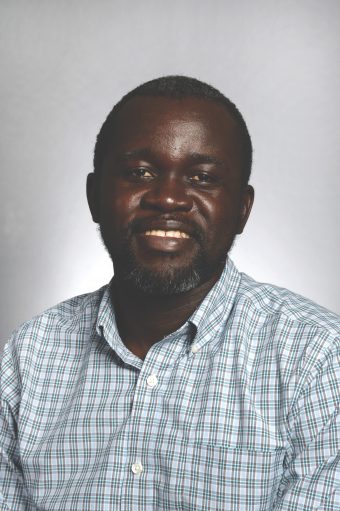 Yaw Adu-Gyamfi is an assistant professor in the Civil and Environmental Engineering Department.

A $1.5 million grant from a coalition of the Missouri Department of Transportation, St. Charles County Government and the East-West Gateway Council of Governments will allow engineers at the University of Missouri to develop a real-time traffic management system over the next year for different public agencies — local, county and state governments — to seamlessly share their transportation data between agencies. The system will first be used in the greater St. Louis area.

Yaw Adu-Gyamfi, an assistant professor in the College of Engineering and the project lead, said the cloud-based system is a way for public officials to determine optimal traffic flow in a particular geographic area and help increase roadway safety by integrating data from multiple transportation agencies, including transportation management and emergency services. For example, the system will allow for quicker multi-agency responses to vehicle crashes and traffic management to route traffic around those incidents, such as a crash on Interstate 70.

“After a crash, police and emergency services need to quickly respond to the location, but also emergency management and traffic management centers need to figure out how to route traffic around the affected area,” said Adu-Gyamfi, whose appointment is in the Department of Civil Engineering. “We want to be able to detect and respond to those incidents quickly, because the longer an incident goes undetected, the more traffic can back up and increase the likelihood for a second crash. So, incident response times can improve with this system.”

Different existing traffic management systems in a similar location might be owned and operated by different agencies, so Adu-Gyamfi said it can be difficult for one agency to currently view what is shown on another’s system. Also, he said many agencies do not have the resources in-house to analyze the data they already own and collect. The system will combine both of these needs into a user-friendly format that’s also broadly accessible to a large amount of people because the data will be stored on a cloud-based system, or the internet.

“Different transportation agencies in Missouri focus on different things — including planning and executing projects, managing traffic and building roads,” Adu-Gyamfi said. “They each have to view large amounts of data that’s also coming in at a fast rate, so they often don’t have a way to analyze it. With this system, these agencies will be able to stream data sets in real time and look at what’s going on over a very large geographical area. It can take all of the different data sets and present them in a format that is easy to understand.”

Adu-Gyamfi said the researchers plan to create similar systems for other major metropolitan areas in Missouri — including Columbia, Kansas City and Springfield — and their local transportation agencies.