In March of 1991, 10 William T. Kemper Fellowships for Teaching Excellence were awarded to a group of University of Missouri teachers for the first time. The awards, which came with $10,000 for each teacher, generated national buzz, including a write-up in the New York Times. The winning teachers were surprised mid-class by leadership from MU and Commerce Bank with news of their award, initiating a tradition that remains alive 30 years later.

“I was absolutely flabbergasted,” recalled David Wollersheim, now a professor emeritus of mechanical and aerospace engineering at MU and part of the inaugural Kemper class of ‘91. “I just stood there and bawled like a baby.” 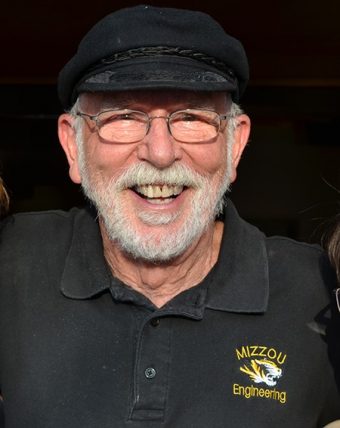 David Wollersheim, now a professor emeritus in the College of Engineering at MU, has been a part of the campus and Columbia community for more than five decades.

Then as now, higher education was weathering a challenging period. The prestigious awards, financed by the William T. Kemper Foundation with Commerce Bank as trustee, came at a time of steep cuts to state funding for higher education nationwide. The Times article ran beside a less positive piece covering University of California at Berkeley students who felt “alienated” by the university’s “sink or swim” mentality. For Wollersheim, the award was an opportunity to change the narrative.

He took a chunk of his award money and used it to establish the David Wollersheim Scholarship in Mechanical Engineering, which to date has provided a total of $153,400 in awards to 134 students over nearly three decades.

“Teaching students was always my passion, and that did not change,” Wollersheim said. “But to have this endorsement of teaching from a major research university, where research pays a lot of bills, was a pretty big deal. I think the award made the campus, community and state more aware of good teachers, and I wanted to pass that good will along to the students.”

Wollersheim is not the only teacher who has paid the Kemper award forward in the form of a scholarship. Jung Ha-Brookshire, professor and chair of MU’s Department of Textile and Apparel Management, donated her 2017 award to the Richard Brookshire and Jung Ha-Brookshire Graduate Student Scholarship Endowment Fund.

Wollersheim shares this strong connection to his students. He keeps letters of gratitude from scholarship recipients on a wall in his home, and he stays in touch with many of the students who have benefited from his gift, in part through annual tailgate parties. (Wollersheim held season tickets to Mizzou football and basketball for five decades.) He still talks to the first recipient, who went on to have a successful career at John Deere. He helped another student — now a scholar at a major university — through a battle with drug addiction.

In return, Wollersheim only asks one thing of his scholarship students: that they consider donating — whether months, years or decades from now — back into the scholarship fund. He said an overwhelming number of former students have contributed over the years to the fund, which now far surpasses the initial contribution from his Kemper award to the tune of about $300,000. 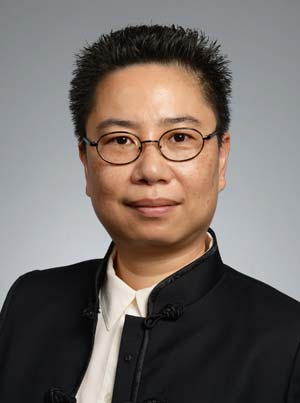 Wollersheim and Ha-Brookshire share another trait: They both came to MU from afar but have since planted their roots firmly in Columbia, Missouri. Ha-Brookshire left a job in New York City to teach at MU, attracted by a cutting-edge class offering called “Global sourcing in the textile and apparel industry.”

“That class indicated to me that MU’s curriculum was staying closely in touch with industry developments,” Ha-Brookshire said. “I was very impressed by it, and I wanted to be part of it. Coming from New York City to Columbia was very different, but I love Columbia, and this is my home.”

Raised in Alberta, Canada, Wollersheim has become a fixture of the Columbia community since arriving at MU more than 50 years ago. With such a long, consistent tenure in the community, intergenerational harmonies are bound to arise now and again; Wollersheim was originally nominated by colleague Richard Warder for the Kemper award, and this year, Warder’s grandson Clayton was one of 10 recipients of the Wollersheim Scholarship.

“Dave has had a tremendous impact on the College of Engineering, and I was delighted to find out that my youngest grandson is receiving Dave’s scholarship that has helped so many mechanical engineering students,” Warder said. “The scholarship and the way it was established says so much about what Dave is willing to do to help other people.”

That spirit of giving, as it turns out, goes both ways. On Tuesday, MU, the Kemper Foundation and Commerce Bank announced a $5,000 increase in the Kemper award money. This year’s Kemper Fellows, who had already received the traditional mid-class surprise, were shocked a second time with the news that they would each receive $15,000 awards.

As has been the case since 1991, the benefits and good will created by the Kemper Fellowship continue to spread well beyond the teachers it recognizes.

“Dr. Wollersheim’s story is a wonderful example of the positive impact the Kemper Awards have had over the past three decades,” said Steve Sowers, president and CEO for Commerce Bank’s central region. “My introduction to Commerce Bank came through a Kemper Fellow and personal mentor. To now be involved in the ongoing stewardship of this important program is personally very gratifying.”