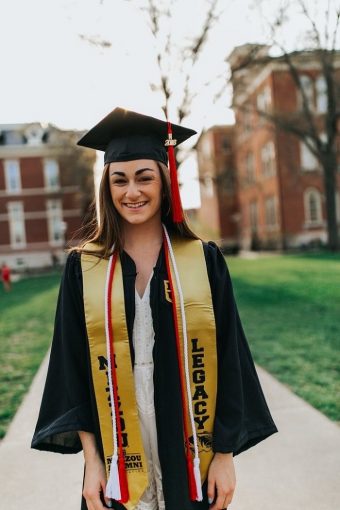 Natalie Edelstein graduated from MU in spring of 2018 with degrees in both convergence journalism and political science as well as a minor in religious studies.

When Natalie Edelstein came to Mizzou from Los Angeles to study journalism, she had to adjust to a new environment in the Midwest. Four years later, after earning degrees in both convergence journalism and political science as well as a minor in religious studies, she finds herself once again on the move, this time to Washington, D.C.

“As a journalism student, there simply wasn’t a better choice than the University of Missouri,” Edelstein said. “I knew Mizzou could provide me with perspective and experience that an in-state school in California could not.”

During her time at Mizzou, the MU Journalism Abroad program allowed Edelstein to intern in Brussels, Belgium, and Washington, D.C. However, her most fond memories as a student took place when school was not in session. In 2015, Edelstein was selected to be a Summer Welcome leader, where she was able to offer advice and share her personal experiences with incoming freshmen at orientation sessions.

“I was finally able to understand why the alumni network is so deeply connected to this university,” Edelstein said. “I enjoyed taking my knowledge about all of Mizzou’s unique traditions and imparting it onto the incoming freshmen.”

During one of her last orientation groups, a student approached Edelstein and told her she had been on the fence about attending Mizzou.

“After hearing my story as an out-of-state student, she felt confident she could succeed at Mizzou,” Edelstein said. “I am still in touch with this student and she is thriving, and in a small, small way, I feel responsible for her success.”

Edelstein has never underestimated the power her words can have on others. She recently was selected as a winner of the 2018 Alliance for Women in Media Foundation & Ford Motor Company Fund “Emerging Voices” scholarship program. Although she will be starting graduate school in the fall at George Washington University, Edelstein still has some advice for incoming Mizzou students. As an out-of-state student from Los Angeles, Edelstein offered support and advice to incoming MU students as a Summer Welcome leader.

“Take advantage of the incredible faculty and staff that are available to you, as faculty like this don’t exist at other institutions,” she said. “I am so grateful for the people I have met and had the opportunity to work with as they have challenged me more than I could have ever imagined.” 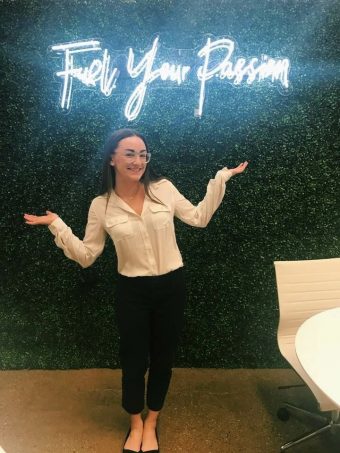 Edelstein recently was selected as a winner of the 2018 Alliance for Women in Media Foundation & Ford Motor Company Fund “Emerging Voices” scholarship program.