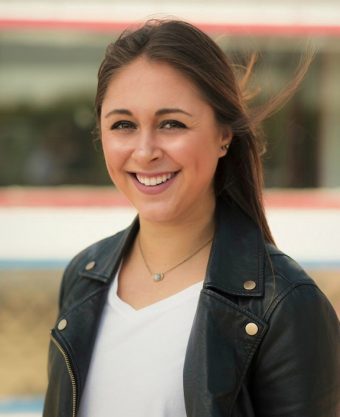 Sophia Cygnarowicz grew up in St. Louis near the border of Missouri and Illinois. Growing up, Mizzou was never really on her radar. Then she decided to study journalism. Even though Cygnarowicz had not considered Mizzou, her dad encouraged her to check it out.

“I went to a small private high school in St. Louis, and I knew I wanted college to be an opportunity to branch out,” Cygnarowicz said. “When I told my dad that I wanted to pursue a career in journalism, he strongly suggested that I visit Mizzou. As he put it, Mizzou is one of the best, if not the best, journalism schools in the country.”

She came for a visit and fell in love. By the next fall, Cygnarowicz was participating in her first Tiger Walk, a Mizzou tradition since 1995. She ran through the four columns on Francis Quadrangle alongside her freshman year roommate, marking their symbolic entrance into the university.

It’s been three years since then and Cygnarowicz is now a senior studying strategic communication. She also serves as a member of the Alumni Association Student Board. For this year’s Tiger Walk, which was her last, Cygnarowicz stood on the columns and released black and gold balloons as the freshman ran past. Her roommate from freshman year, now her best friend, stood alongside her.

“Honestly, trying to sum up three years of professional, social and personal growth that Mizzou has given me is a daunting task,” Cygnarowicz said. “Mizzou has given me so many opportunities that will help lead me to a successful career. Mizzou gave me exactly what I needed, even when I had no idea what that was.”