When Raven Smith was a freshman at Morgan Park High School in Chicago, she liked going to football games. Then one day the sound of gunshots rang out into the crowd. “It was just a stampede. People were getting hurt because they were getting run over,” she says. During her senior year, she traveled to Detroit for a basketball game, and a group of boys asked her about her hometown. “I told them I was from Chicago, and their response was ‘Oh, like Chiraq?’” she says, referring to a nickname the city has earned because of its crime rate. “I thought, ‘Why couldn’t they ask me about Navy Pier or something?’ ” 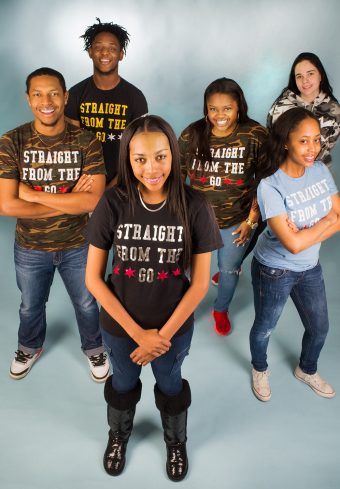 At Mizzou Raven Smith, front, has gotten support from fellow Chicago natives and other Tiger advocates of the Straight From the Go anti-violence message. From left are Ashton Brown, Christian Bell, Robbie Hatchett, Samantha Taylor and Ayanna Hayes.

These interactions left Smith, now a Mizzou freshman, with a feeling of hopelessness. Born and raised in Chicago, she grew up loving the city and all it offers. She hated that it had become known for gun violence, so in December 2015 she founded Straight From the Go (SFTG), an organization that showcases what is good about Chicago and supports those affected by the bad. The word “go” in Straight From the Go comes from the last two letters in Chicago.

Smith and her family create clothing featuring the organization’s name and sell it all over the city. Part of the proceeds support victims of gun violence and the families of fallen first responders. To date, SFTG has raised more than $5,000 for the people of Chicago and has sold more than one-thousand T-shirts, an accomplishment that led to Smith earning the Chicago Neighborhood Development Award this month. This honor is given to a member of the community who has worked to build a healthier environment in the city.

"If you can help somebody, that’s the greatest thing."

SFTG launched with nothing but a backpack full of T-shirts designed to look like the Chicago flag and her parents’ support. “Raven is really soft spoken, so when she kept pushing this idea, I knew it was something she was really passionate about,” says her mom, Eraina Smith. To get SFTG started, Raven’s dad, Joshua Smith, sold his car to pay for the trademark and initial cost of merchandise, and her mom developed a business plan.

With that, Smith began to sell her wares. Her classmates bought the shirts, but she wasn’t out to start a fad; she wanted to create a movement. She enlisted her friends and her school’s basketball team to help. The Morgan Park Mustangs, two-time basketball state champions, were just the spark SFTG needed. “When people saw the basketball team warming up in the shirts, it went live!” Eraina says.

The next big step came when Smith’s high school modified its curriculum to include the mission of doing good things for others and making Chicago the best it could be. Morgan Park participated in the Aspen Challenge, which empowers youth to design solutions for issues humanity faces through a series of challenges. Smith and her team were assigned the challenge of bringing together unlikely groups, so her team held a peace fest sponsored by SFTG. The students, community leaders, police officers and teachers who attended discussed the violence plaguing Chicago. “Everyone had their time to talk and hash things out,” Smith says. “The teachers and police officers got to learn how the kids felt and vice versa.”  The peace fest also caught the eye of an unlikely allies, Alderman David Moore and Chicago Mayor Rahm Emanuel. “When we first met him, I started to cry. I never knew that we could have a mayor who could care so much,” Eraina Smith says. “He doesn’t have to stand behind this, but he does.” Since learning about SFTG Emanuel has invited Raven to attend peace rallies across the city and connected her with other initiatives in Chicago to get the word out about SFTG. In April 2016, he and Moore presented her with a resolution — a document in support of the organization and its mission — in his office.

Recognition from the mayor led to bigger opportunities. Smith appeared on Windy City Live, Chicago’s daytime talk show, and in local TV news segments on CBS and ABC. She was selected to speak at Chicago’s We Day, which recognizes community members who bring Chicagoans together through positive change. Smith even got a surprise at We Day when former United States Secretary of Education and CEO of Chicago Public Schools Arne Duncan donned an SFTG shirt in support of the organization’s mission of peace and inclusiveness.

The city-wide attention has landed SFTG clothing in the shops Belle Up and Love From Chicago on the Magnificent Mile, a busy 13-block stretch of shops in the city. It’s also sold in the Chicago O’Hare International Airport and at local events. “Any time someone calls and asks me if I’m available for their church or school event, I say yes,” Smith says. “Any way we can get the word out.”

Getting the word out is something Smith and her mom take seriously, “On New Year’s Day we were downtown in Chicago and stuck in traffic, and [my mom] was like ‘We might as well pass some pamphlets out to people,’ so we did,” she says.

At Mizzou, Smith’s growth continues. She has enlisted fellow Chicagoan students to spread her mission across campus. Smith also began selling SFTG clothing at The Bridge, a shop in the MU Student Center that showcases student-made creations. It consistently sells out.

The Mizzou community’s embrace of SFTG has encouraged Smith to continue. She established a board of advisers including Columbia native Tom Alexander, Mizzou alumna Tarrah Cooper, BJ ‘08, and Jenne Reidy to help grow the organization. In preparation for summer 2017, she is designing limited-edition clothing, and making plans to sell her products and spread her message using a pop-up shop in her neighborhood where it all started. She wants Straight From the Go to become a household name. Her mother observes that SFTG’s success is youth-driven and inclusive. “What makes [SFTG] different is that it’s not black or white,” she says. “It embraces every single one. We’re all suffering; it affects us all.”

"We’re all suffering; it affects us all."

Although she’s proud of the work and recognition she’s gotten for SFTG, her focus remains the same: “All the people we’ve helped are what’s most important to me. If you can help somebody, that’s the greatest thing.” 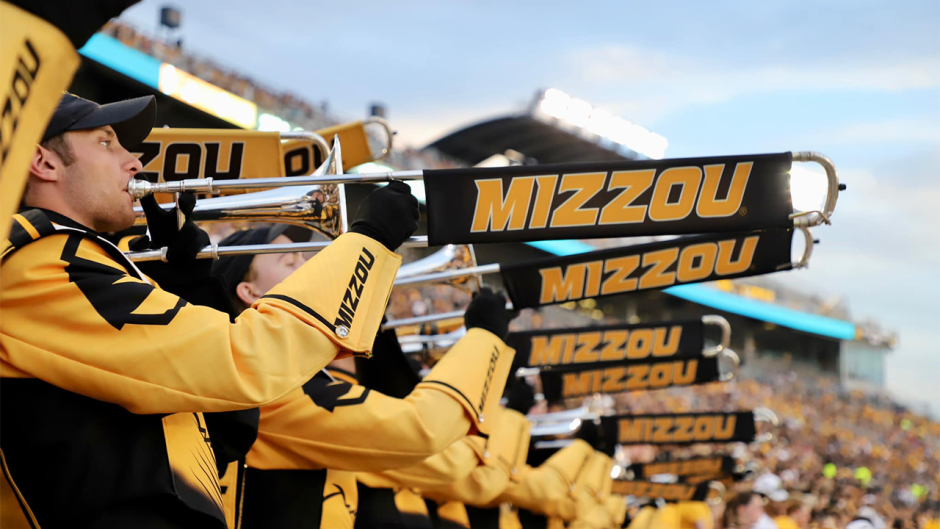 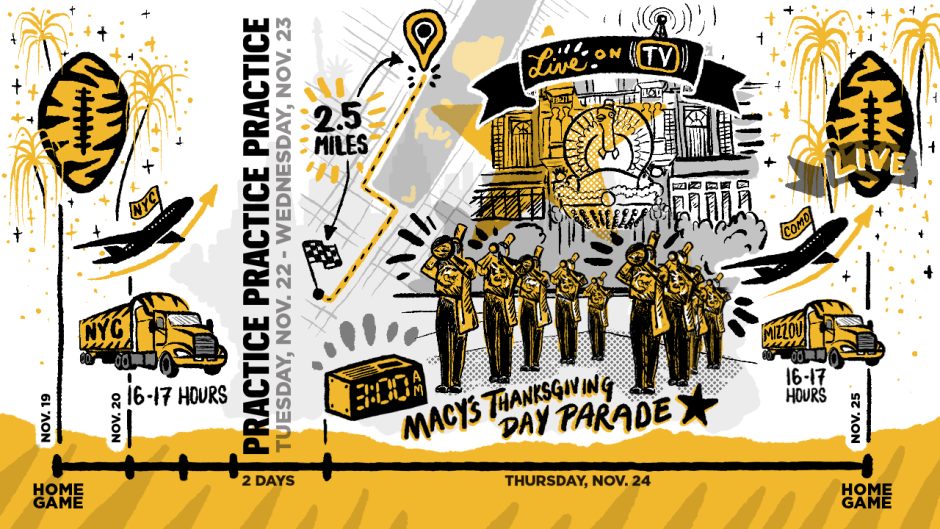