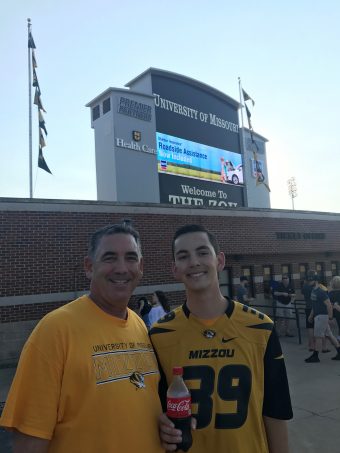 Mike and Mark Magnante before a Tigers football game

Parents of college students around the world share the bittersweet feeling of seeing their children grow up and venture into a new chapter of their lives, one that will expand their opportunities and catapult them to greater things.

Jill and Mike Magnante, parents of Mizzou sophomore Mark, know this feeling well. The Magnantes live in California, more than 2,000 miles away from Mizzou’s campus. And yet, they say they have never felt more connected to Mizzou and their son.

Mark’s father, Mike, a math teacher at Agoura High School near Los Angeles, says his family’s experience at Mizzou has been phenomenal since the summer day they visited campus right before Mark’s senior year of high school. That day happened to be a future freshman day and Mike says the presentation really opened his son’s eyes to the possibility of attending Mizzou. The tipping point came in January, when the entire family made a visit to the College of Engineering for a personalized tour and met with the Dean. Mike says that they were pleased to find that Mizzou makes sure parents are kept in the loop.

“A common and comforting theme we’ve experienced here is how easy it has been to get any information we need,” Mike said. “Everyone has been so helpful, which is really comforting when your son is so far away.”

Mark’s mother, Jill Magnante, also a high school teacher in California and a native of Liberty, Missouri, says she encouraged her son to consider Mizzou because she believed he would have better opportunities here.

“Mark is an outstanding student, but California is a very crowded place and the college admissions process is more than a little crazy,” Jill said. “We both worried he would be just another number and felt he would have a different experience if he looked outside of the state. I kept encouraging Mark to consider Mizzou.”

Jill agrees with her husband that the meeting with Dean Elizabeth Loboa from Engineering was the moment they knew Mizzou was pulling ahead.

“We knew when we walked out of that meeting that Mark would be in great hands at Mizzou and given every opportunity to thrive as a student,” Jill said. “From admissions, to housing, to parent relations, to the engineering department—with each encounter we walked away completely impressed with the outstanding commitment each person had to represent the best of Mizzou.”

The Magnantes say they were proud to see Mark get involved in campus life and navigate his first year with ease and that they always felt in the loop where their son’s well-being was concerned. For example, Jill says she was comforted by Mizzou communication staff, who showed their commitment to keep students safe on the last day of finals when an ice storm hit campus last December.

Jill says she’s told many friends and family that even though Mark is so far away from home, it’s hard to be sad because he is so happy.

“Mizzou exceeded all of our expectations and hopes for what our son’s first year of college would be like, and it continues the same way this year,” Jill said. “We are so grateful for our son to have Mizzou as his second home, and so proud to be Mizzou parents.” Magnante family at the Church of Our Saviour on Spilled Blood in St. Petersburg, Russia 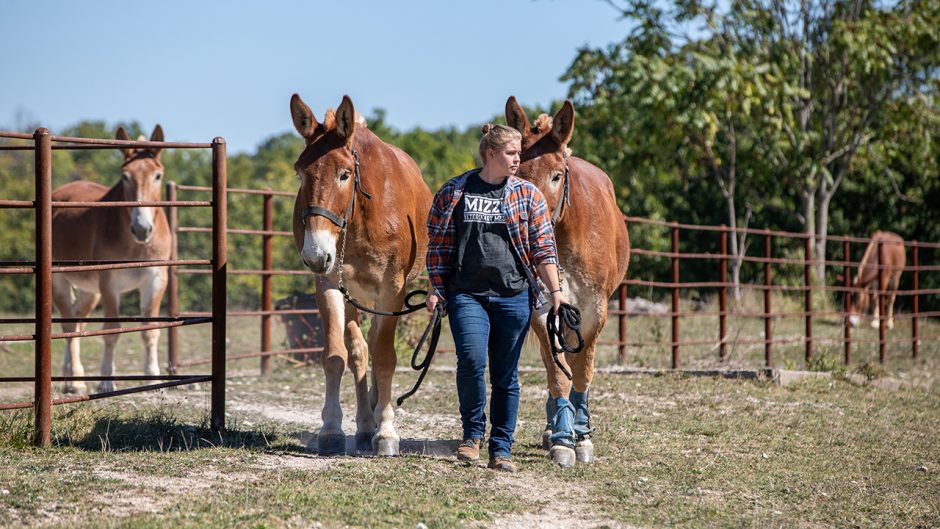 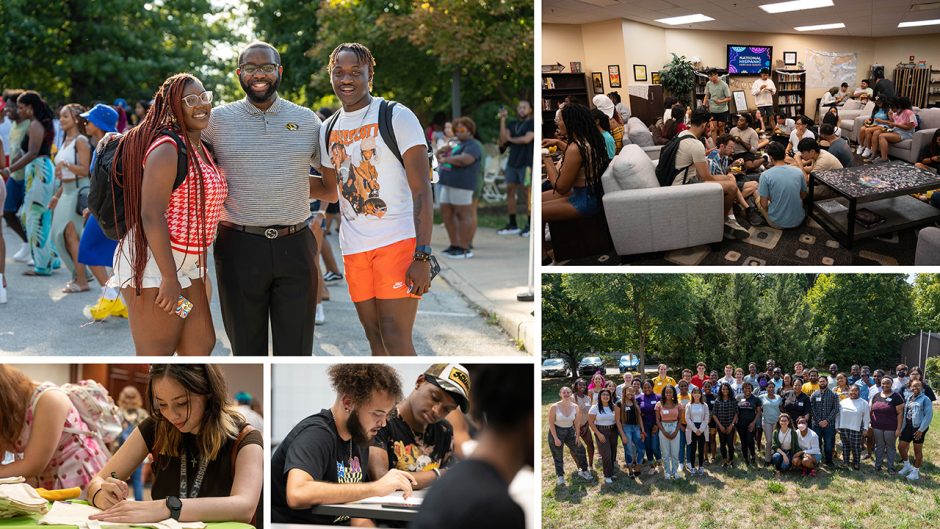