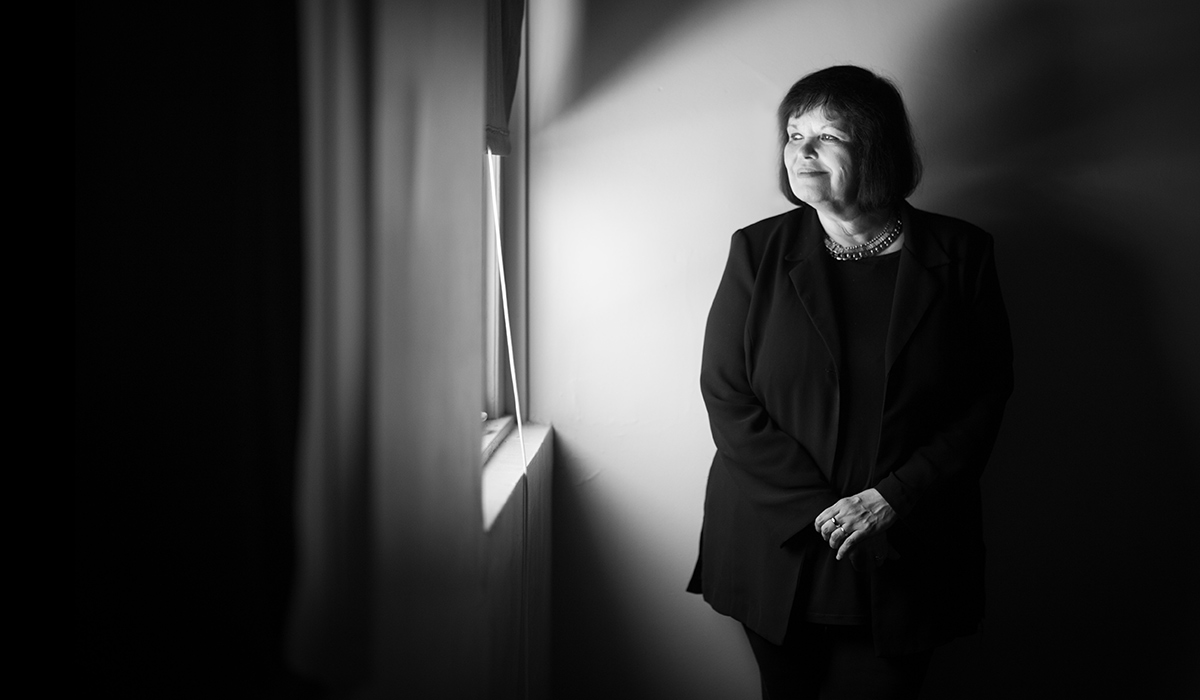 As a Mizzou ’39 honoree, Sammie Hill needed to identify one faculty or staff member who had been a mentor to her throughout her time at Mizzou. The choice was easy: Etti Naveh-Benjamin.

“I have had some fantastic instructors and mentors in college, but Etti's mentorship is very distinct,” Hill says. “Etti is extremely genuine, empathetic and invested in her students’ success." The award-winning professor is the director of Mizzou's Multicultural Certificate Program, and she teaches diversity-related courses in German and Russian studies as well as in psychological sciences. In all of her endeavors, she places great importance on building relationships with students.

“Mentoring is one of the more important parts of what we do,” says Naveh-Benjamin. “Teaching is extremely important, but I think that mentoring is something that changes the face of the campus and can make a big difference in students’ lives.”

Mentoring expands the education experience beyond the classroom.

“Thanks to the great mentoring that is going on all over our campus, students get a very strong sense of community and a bond with the university,” Naveh-Benjamin says. “They feel that this is more than just a place to get an education, but they get an education from people who actually care.”

The Mizzou ’39 Award is presented to 39 seniors each year for academic achievement, leadership and service to Mizzou and the community. Each winner selects a faculty or staff member to be recognized for his or her influence. Since 2008, 11 Mizzou ’39 honorees have selected Naveh-Benjamin as their mentor. Hill was one of two 2014 honorees to choose Naveh-Benjamin; Isman Islam was the other.

On the first day of each semester, Naveh-Benjamin has one request for her students. “Hi, my name is Etti,” she tells the students. “I want you to call me Etti.”

Removing the formality that's often present in a professor-student relationship is the first step in creating a bond. The next is getting to know the students individually. During the first month of each semester, Naveh-Benjamin holds one-on-one meetings with all of her students. That meant 185 students visited her office last semester. Every semester, Etti Naveh-Benjamin invites all of her students to meet with her one-on-one in her office so she can get to know them. She learns everyone's name.

“When I tell them that I plan to meet with each one of them, I see that some are puzzled. Some are shocked. Some are uncomfortable because they can’t imagine that this is really what I have in mind,” Naveh-Benjamin says.

She started the practice when she arrived at Mizzou 12 years ago. The meetings are not mandatory, and the students’ grades are not affected if they skip the office visit. Those who do stop by, though, quickly see the benefits. During the meetings, Naveh-Benjamin learns not only her students' names but also what makes them tick.

“She learns our names, our academic goals, our interests and about our hometowns and families and who we are as people,” says Jenna Jordan, a former student of Naveh-Benjamin and 2010 Mizzou ’39 selection.

Sometimes the students ask Naveh-Benjamin about herself, and she is more than willing to share.

“I think sometimes they think this is messing up the boundaries or hierarchy,” Naveh-Benjamin says. “I don’t agree with hierarchy. I am happy to tell them about myself.”

One goal of Naveh-Benjamin's approach is to establish her office as an extension of the classroom and to create a safe space where everyone can feel comfortable.

“Etti’s office doors are as wide open as much as her heart,” says former mentee Kevin Dubouis.

A comfortable environment is important in the courses taught by Naveh-Benjamin. Many of her classes deal with social and cultural issues that can lead to difficult discussions.

“We talk a lot about race, class, gender, disability, sexual orientation, gender expression and religion,” she says. “Sometimes people have very direct connections to the issues, and I would never know about it if I didn’t talk to them.”

As the director for the Multicultural Certificate, a program offered to undergraduate students, Naveh-Benjamin advises and mentors many Mizzou students on issues related to culture, diversity and inclusiveness

Naveh-Benjamin's classes are student-centered. “It is not about me as much as it is about us as a community of learners,” says Naveh-Benjamin, a 2011 recipient of MU’s Kemper Fellowship for Teaching Excellence.

It is an approach that works for her and the courses she teaches.

“It would be hard for a 500-student chemistry class,” Naveh-Benjamin says. “It wouldn’t work because you need to teach the material. But it works for classes like mine. “ In the classroom and as director of the Multicultural Certificate Program, Naveh-Benjamin gives students the opportunity to both share and broaden their perspectives.

“Etti takes a personal interest in seeing her students succeed academically while in college,” Jordan says.

For some teachers, mentoring means staying after class to help a student with class work. For others, it entails working on a special project or special interest with a student. Mentoring can vary by department, by discipline and by the personalities of the mentors and the students.

For Naveh-Benjamin, mentoring comes down to caring about the students’ future and doing more than just teaching material. She caters her interactions with students to their personalities and needs, but some students remain elusive.

“You just do the best you can and never stop trying,” Naveh-Benjamin says. “You can’t reach everyone, but you hope for the best and hope that maybe that student can make a connection some day with another mentor who can help.”

“I know that good mentoring is happening all over our campus. It is one of the most significant ways we can make an impact on student’s lives and their educational outcome.”
- Etti Naveh-Benjamin

Naveh-Benjamin’s background has played a large role in how she mentors. She was born and raised in Israel, a small country with a population near 8 million, creating a very collectivist culture.

“In Israel, you are never far away from anyone,” Naveh-Benjamin says. “It is about the family, the culture, the community and the social connection.”

Naveh-Benjamin has spent half of her adult life teaching in Canada and the United States, where the boundaries between faculty and students are more pronounced and one-on-one relationships are not commonplace.

“In Israel, people talk to their professors all the time, and professors talk to their students,” she says. “It is a different culture, but I feel that I have been able to use some of that culture in the way I teach and mentor.”

The bond she forms with students does not end at graduation. Naveh-Benjamin keeps in touch with students long after they have left MU. She often receives a call, an email or a Facebook message from a former student who has been away for a few years. The student will start by saying: “You probably don’t remember me.”

“I absolutely remember them because they are important to me,” Naveh-Benjamin says. “They made a significant impact on me, and it is a long-lasting connection.”

Despite being four years removed from her time as an undergraduate, Jordan meets Naveh-Benjamin for lunch twice a year.

“I am able to share my personal and professional successes and frustrations with Etti each time as though we had not spent any length of time apart,” Jordan says. “She remembers the details of my research, my family and my life. I cannot imagine how my college experience would have differed without her support and guidance.”

Brad Minkow, another former Mizzou ’39 selection and mentee of Naveh-Benjamin, quoted Swiss psychologist Carl Jung, who said “To stand on the shoulders of a giant, and see above the treetops, one must give credit to the giant.”

“I am proud to say that Etti has been a giant in my life,” Minkow says. “She is the epitome of a great professor and the definition of a great person.”