Art and science are commonly viewed as parallel universes. But each year, the two worlds collide during the Science 2 Art show, held by BioNexus KC, where visitors experience the art found in science — and the science behind the art.

The Science 2 Art exhibition offers scientists from across Missouri and neighboring states, the opportunity to display images from their research in a fine art presentation. Whether it’s a microscopical view of a human cell or a 3D scan of a bone, the exhibit shows that the lines between science and art can intersect.

This year, the University of Missouri boasts three entries in the show that combined sold for more than $5,000, which will be donated to STEAM education in Kansas City.

Among the MU entries is a piece titled “Death of a Blood Vessel” by Charles Norton, a research assistant in the Department of Pharmacology and Physiology. Norton’s research focuses on the effects of hypoxia, or low oxygen, on blood vessels, an interest that stems from his years growing up near a mountain range. 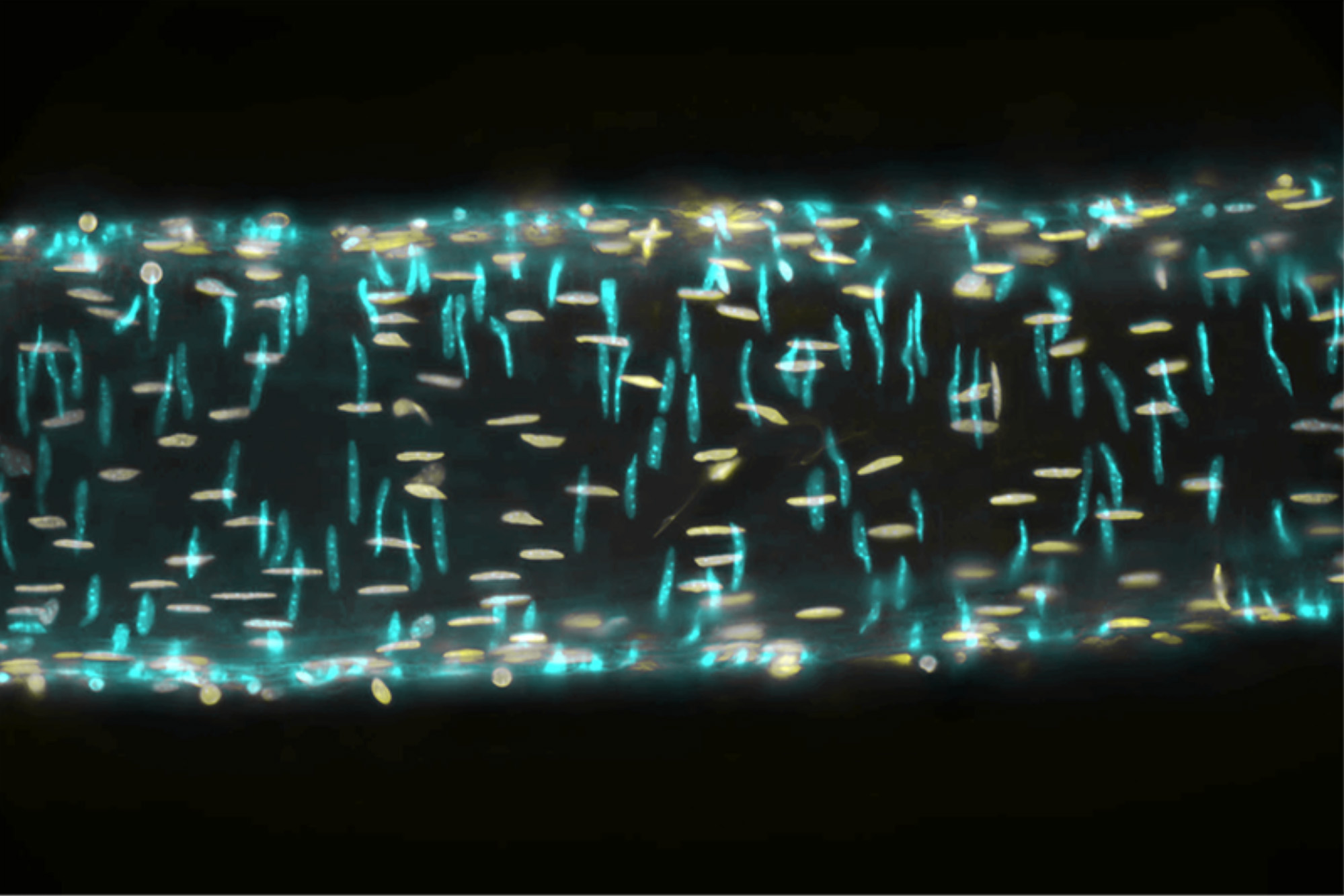 “Death of a Blood Vessel” by Norton depicts the nuclei of live and dead cells in a blood vessel from the brain.

“I grew up in Colorado and spent a lot of time in the high elevation mountains that had lower oxygen levels, and that’s what got me thinking about the effects of hypoxia on the human body,” Norton said. “But I also believe that cardiovascular health is one of the biggest health problems today.”

His entry illustrates how blood vessels can be damaged during major injuries associated with the reactive oxygen species during hypoxic events such as a stroke. The image captures both dead and live nuclei, shown by yellow and blue specs of color. For Norton, the piece is one example of how art and science can collide.

“I think that art is a lot about trying to change or subvert something to highlight a truth,” Norton said. “And to a certain extent, that's what we're doing in science. By adding a pharmacological agent or doing some other type of manipulation that just slightly subverts the truth, it allows us to then prove it. They meet in the idea of understanding the truth, or commenting on the truth of the world that we live in.”

In her piece titled “Heart Going Bananas,” Jessica Cayton, a graduate fellow and doctoral candidate studying pathobiology in the College of Veterinary Medicine, depicts the cells of a mouse’s heart under hypokalemic or low potassium conditions. Her primary field of research concerns cardiovascular disease in both humans and animals. 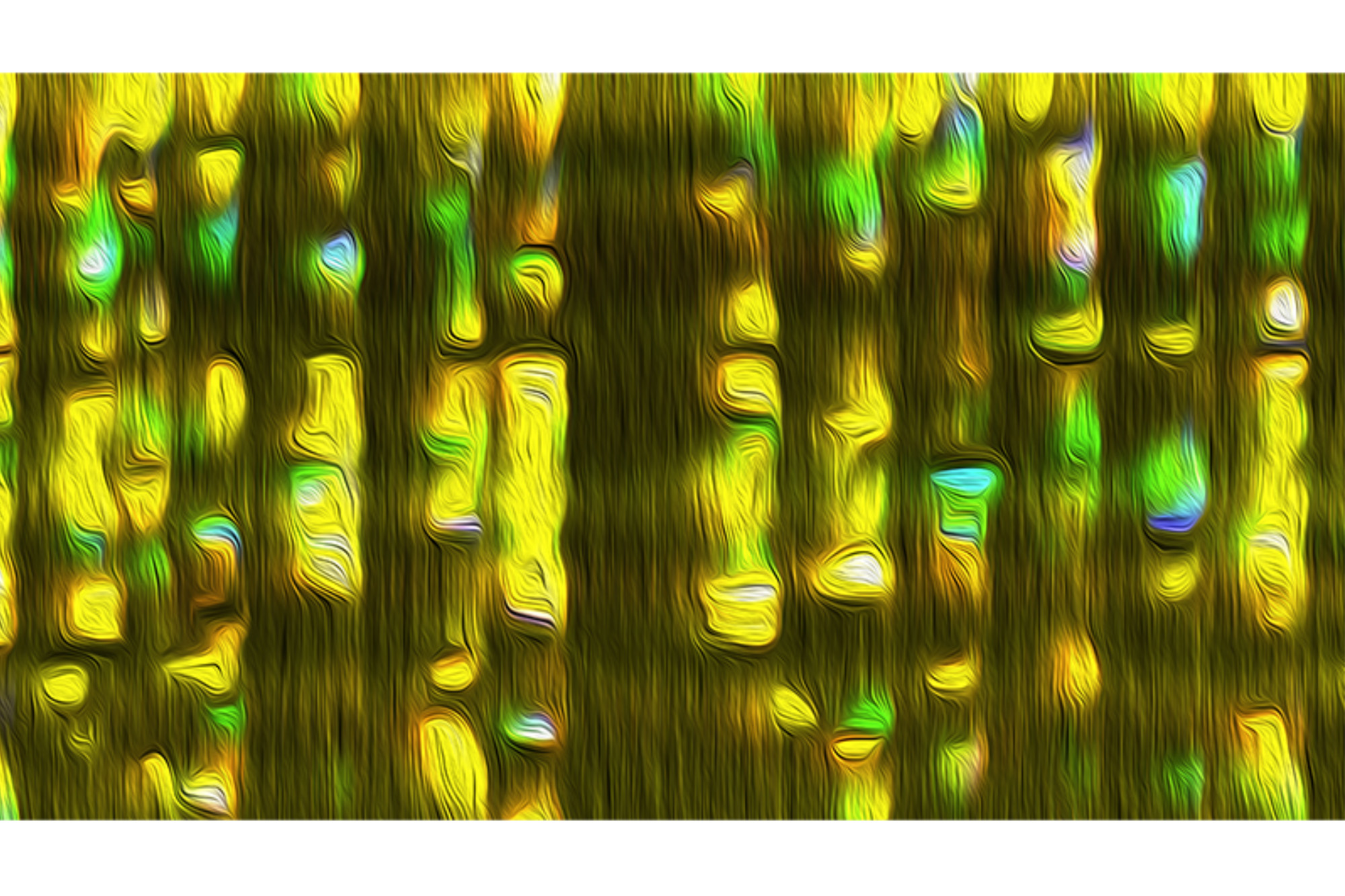 “Everyone knows someone who has suffered from cardiovascular disease in one shape or another,” Cayton said. “It's still an area of science that we are still learning so much about. For me, with this area of research in particular, I thought I could make a difference for both animals and people.”

In addition to her interest in cardiovascular science, Cayton enjoys expressing herself through painting.

“It's a great thing to be involved with, even if you're not good at it,” she said. “It’s a way to connect with our surroundings, to ask questions and to exercise our brains.”

The third MU scientist-turned-artist in this year’s show is Vivian Onyali, a doctoral candidate in the Department of Medical Pharmacology and Physiology, whose piece “Storm Coming: Calcium Waves in the Heart” uses high resolution fluorescence imaging to depict calcium within a heart muscle cell.

Onyali’s area of study is cardiovascular research, specifically cardiac arrhythmias that occur as people age, an interest sparked by her grandfather’s struggles with arrhythmias.

“My grandfather suffered from cardiac arrhythmias at the end stage of his life, and he eventually passed away from it,” Onyali said. “Now, my research is about understanding how aging could influence the onset and occurrence of cardiac arrhythmias.” 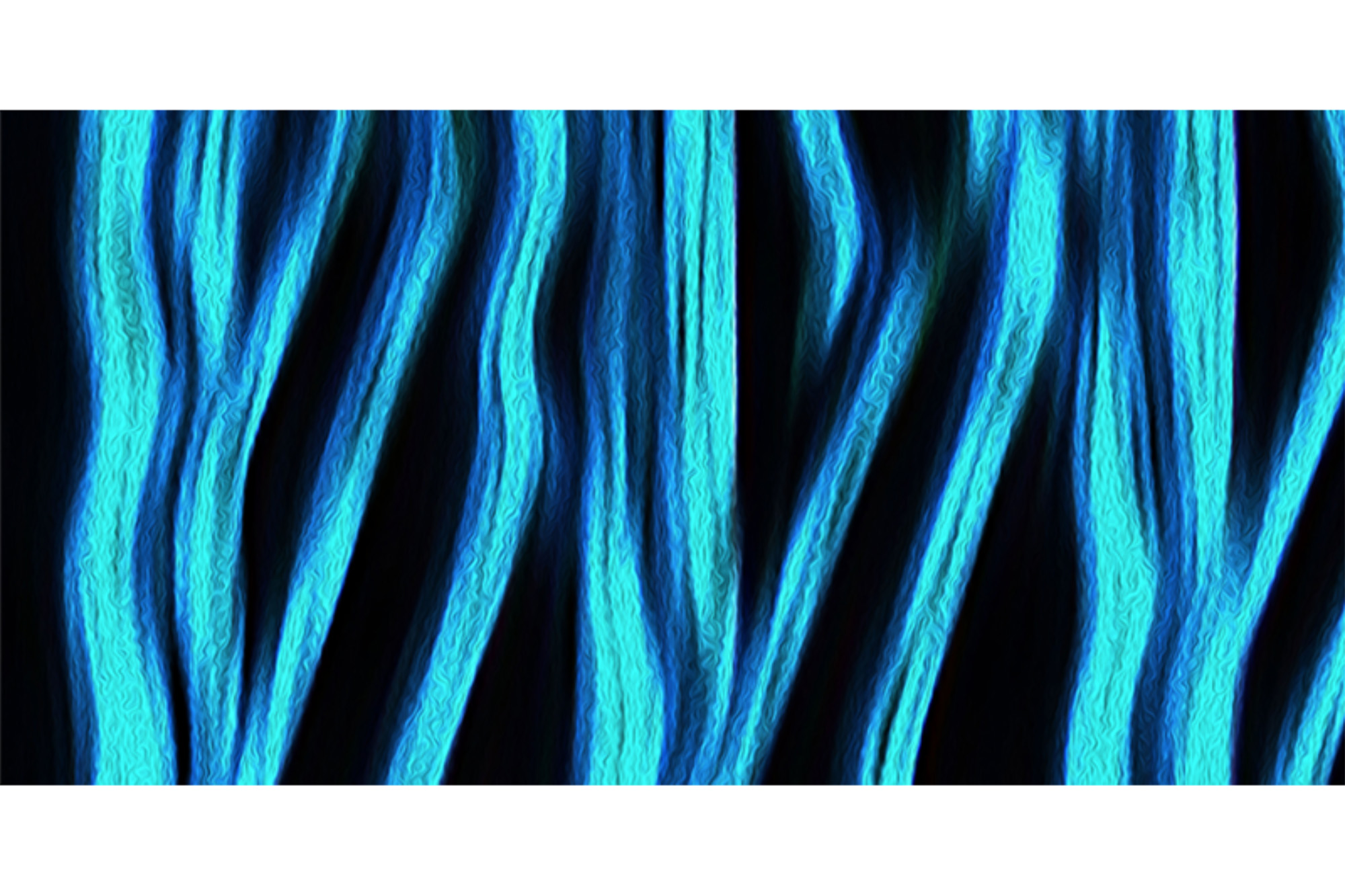 “Storm Coming: Calcium Waves in the Heart” by Vivian Onyali depicts “calcium waves” with in a heart which are calcium signaling events that lead to cardiac arrhythmia.

“In this image of the heart everything looks calm, like ocean waves, essentially,” Onyali said. “It is intriguing in the sense that underneath we have a storm coming— we have this buildup of events that eventually lead to cardiac arrhythmias.”

This visual metaphor of a complex scientific topic helps Onyali achieve her secondary goal of translating her research for the general public.

“The complex part of science we already know,” Onyali said. “But how do you communicate that to a larger population of people that might not have the same background knowledge that you have?”

For Onyali and other show participants, art has helped bridge that understanding.