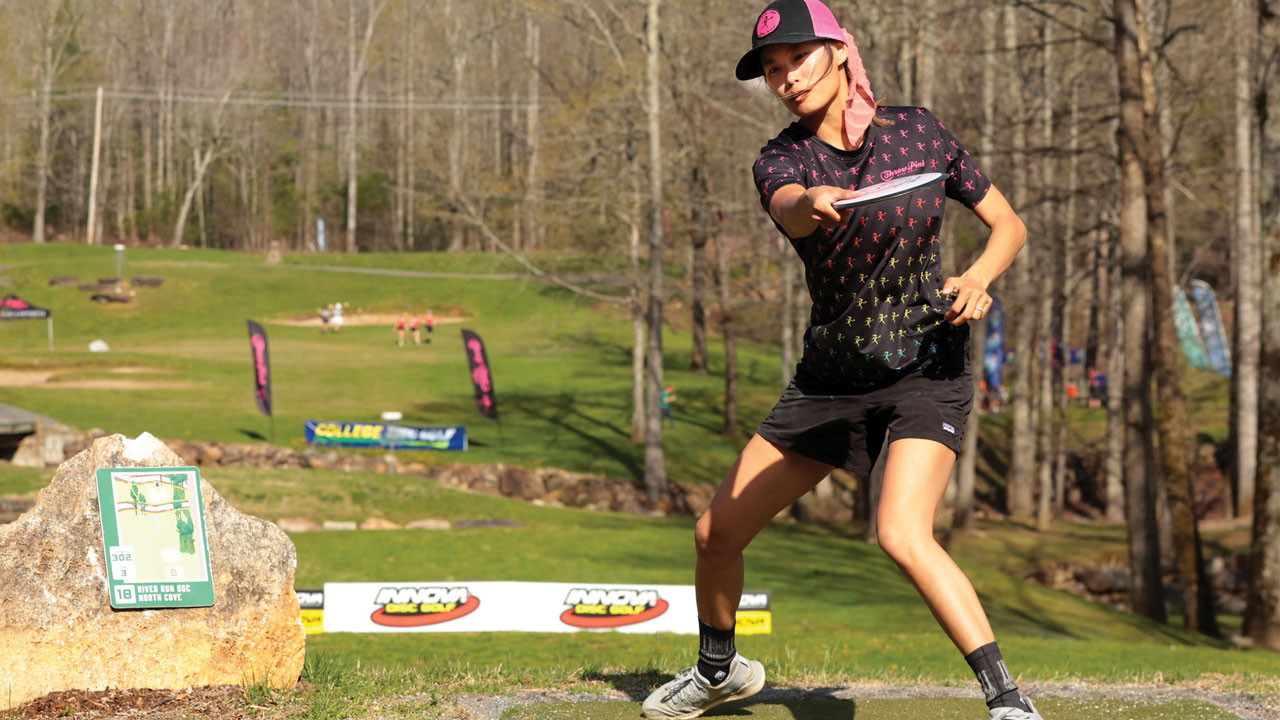 Alexis Kerman is working on a master’s thesis titled “Insight into Disc Golfing in Columbia, Missouri.” But Kerman, BS ’18, is doing more than just chronicling her college town’s rise as a hotbed of the sport — she is one of the players who helped club teams representing Mizzou win two titles at the 2022 College Disc Golf National Championship.

Columbia is deep in disc golf infrastructure, she says. “We’ve got all different types of courses that give us the opportunity to practice skills that maybe other players elsewhere don’t get to practice.”

In disc golf, players throw Frisbee-style discs into elevated metal baskets to complete holes. Kerman took up the sport in 2019 and quickly got hooked, practicing five days a week. In the summer of 2021, she recruited fellow MU student Renae Beasley to form a women’s team. They completed their first season together by winning the national tournament, shooting 4-under par to win on April 9 in Marion, North Carolina.

On the same day on a nearby course, the Mizzou men’s team gave the Tigers a sweep of the national championships. The squad of Quentin Borengasser; Jared Brabant, BS ’20; Drew Cantrell and Noah Free erased a 5-shot deficit on the final nine holes to win with a score of 26-under par and establish Columbia as disc golf’s title town.

“We were ranked second going into nationals last year, and we took 20th. I was really upset,” Cantrell says. “Winning it this year, the word I use is ‘redemption.’ ”