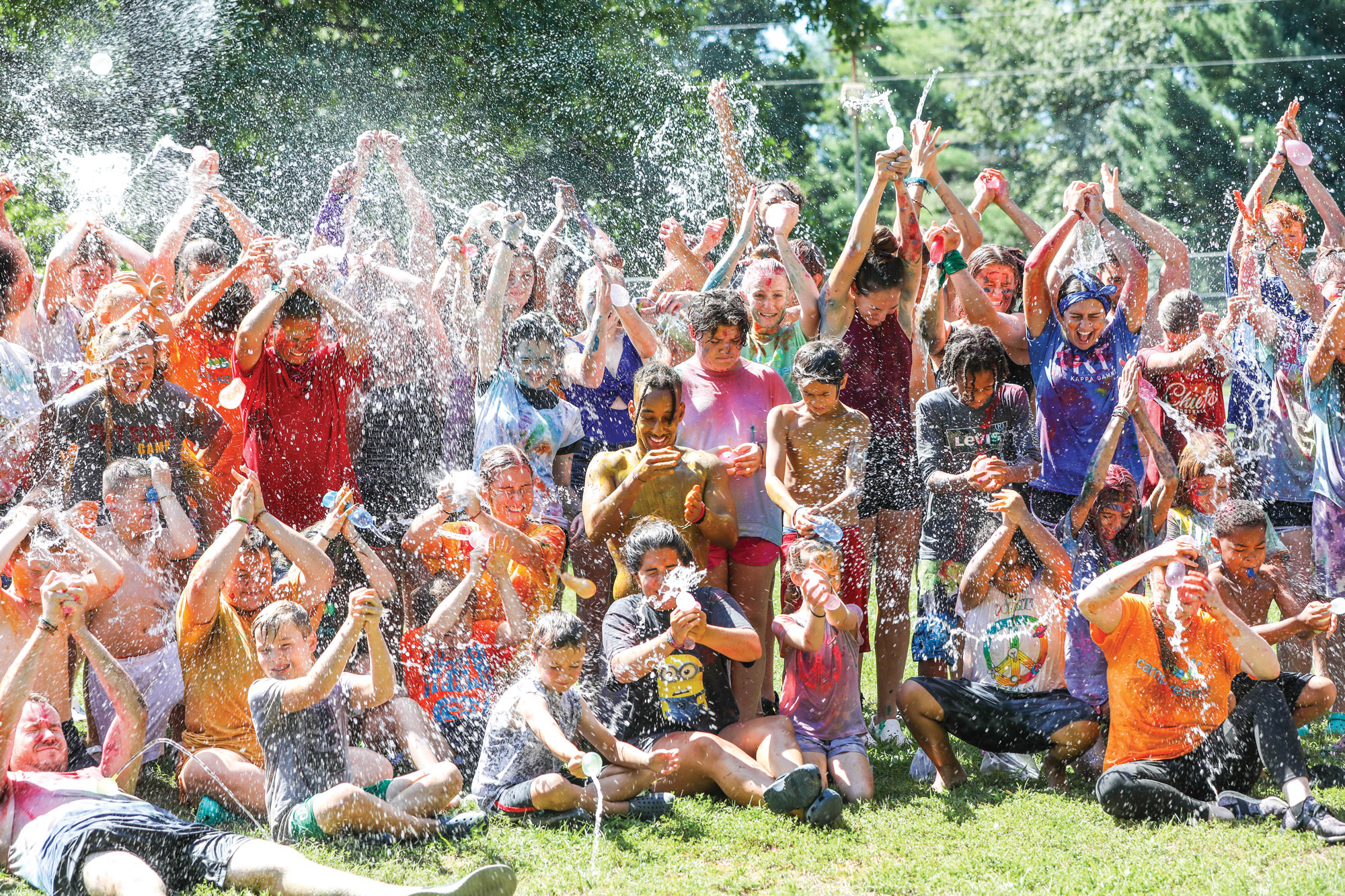 Two hours after saying goodbye to her parents, a youngster blurted out to one of Camp Kesem’s volunteer co-directors, Aliah Kauffman, BHS ’22, “This is already the best week of my life.”

Kauffman, along with her co-director, Ben Belongy, BS BA ’22, and 30 other MU students who volunteer as counselors, spent a week in August running the camp, located outside Bourbon, Missouri. Like other children bunking away from home — some for the first time — the kids at Camp Kesem woke up to full days of sports, games and outdoor adventures, capped by evening campfires with time to reflect on the day’s activities and what being with their new friends means to them. Unlike other campers, these kids, aged 6–18, have one thing in common: A parent or caregiver who is either coping with cancer or has been lost to the disease.

Camp Kesem Mizzou is part of a network of 130 college-student chapters of the nonprofit Kesem organization. Each provides a supportive environment and fun activities where children who may be socially isolated, anxious or feeling hopeless can make friends with others who are going through the same struggles at home. “Don’t think for a moment that Camp Kesem is a sad place,” Kauffman says. “These kids are going through so much yet are the most positive and uplifting people I have ever met.”

Danielle Grefath, a breast cancer survivor, appreciates the effect Camp Kesem has had on her two children, who attended this summer’s session. “The love, friendship, support and fun they experienced is special and rare,” she says. “K.C. and Junebug’s lives are changed forever.” During his busy week at camp, her 9-year-old son, K.C., was able to forget for a while the uncertainty and stress that a cancer diagnosis and treatment bring to the entire family. “I could just have fun instead of thinking about cancer,” he says. “I can’t wait to go back and be with my Kesem family.”

Since Mizzou started its student-run chapter in 2011, hundreds of children have benefited from their summers at Camp Kesem. Long before greeting the excited attendees on the first day of camp, the Mizzou students receive leadership and relationship training. They also work throughout the year, fundraising about $90,000 — enough for every camper to attend at no cost. While supporting the camp and the participants, Mizzou volunteers gain valuable workplace and life skills. “I’ve learned time-management skills and can now juggle a lot of different responsibilities at the same time,” says co-director Belongy.

For Mizzou students, though, the experience isn’t only a resume builder, Belongy stresses: “It’s about being part of something special and having an impact on the lives of the children.” 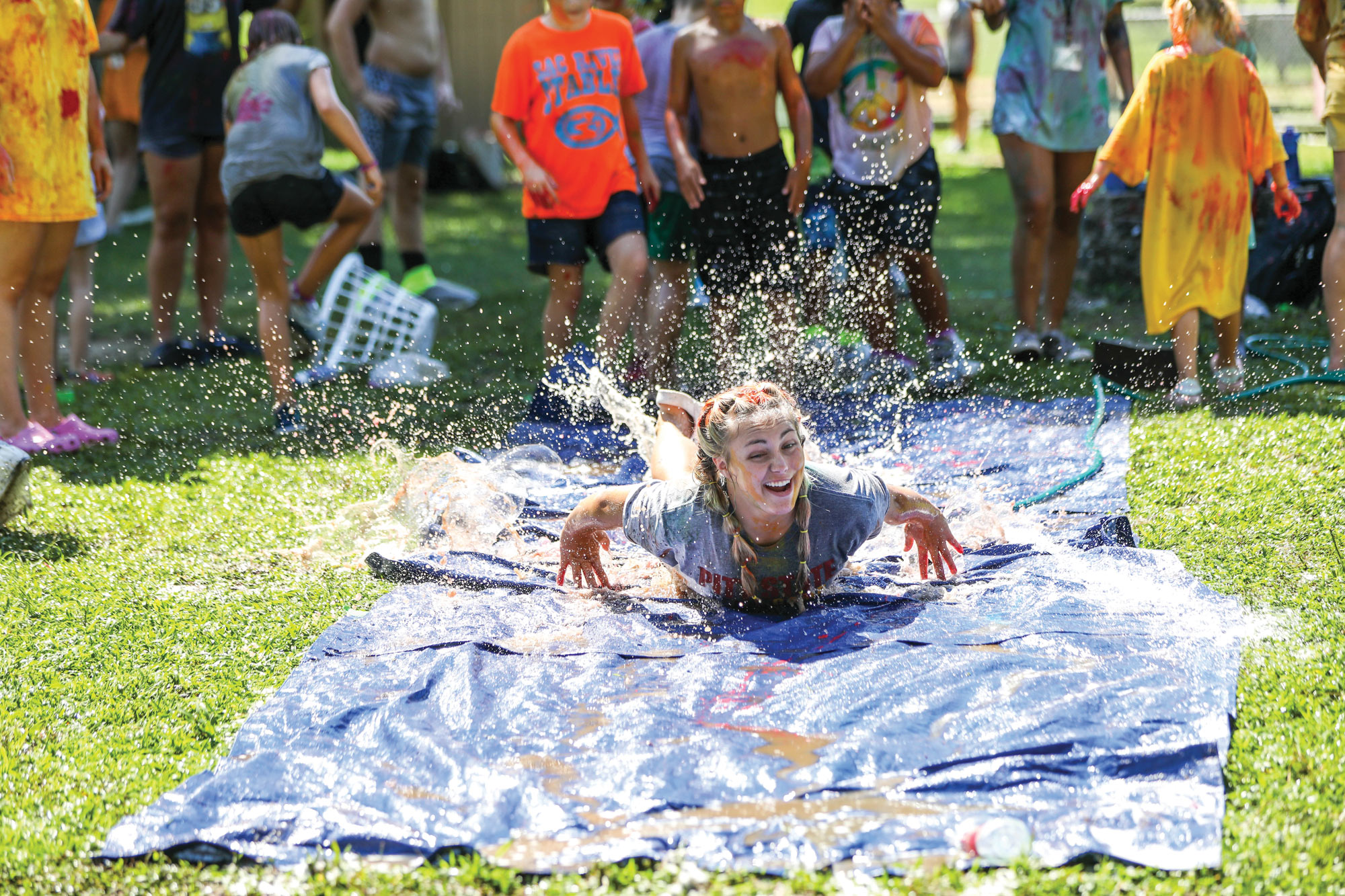 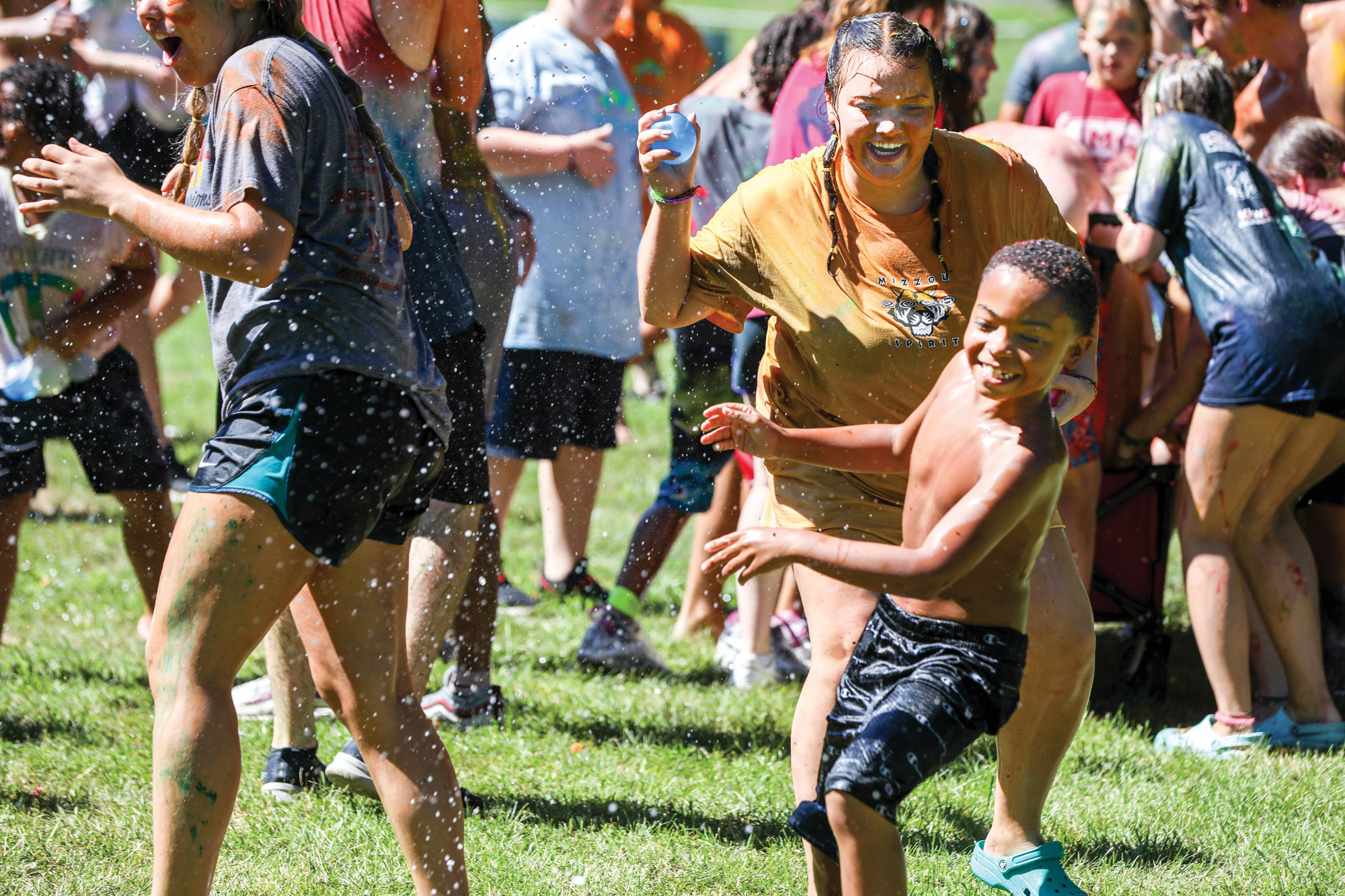 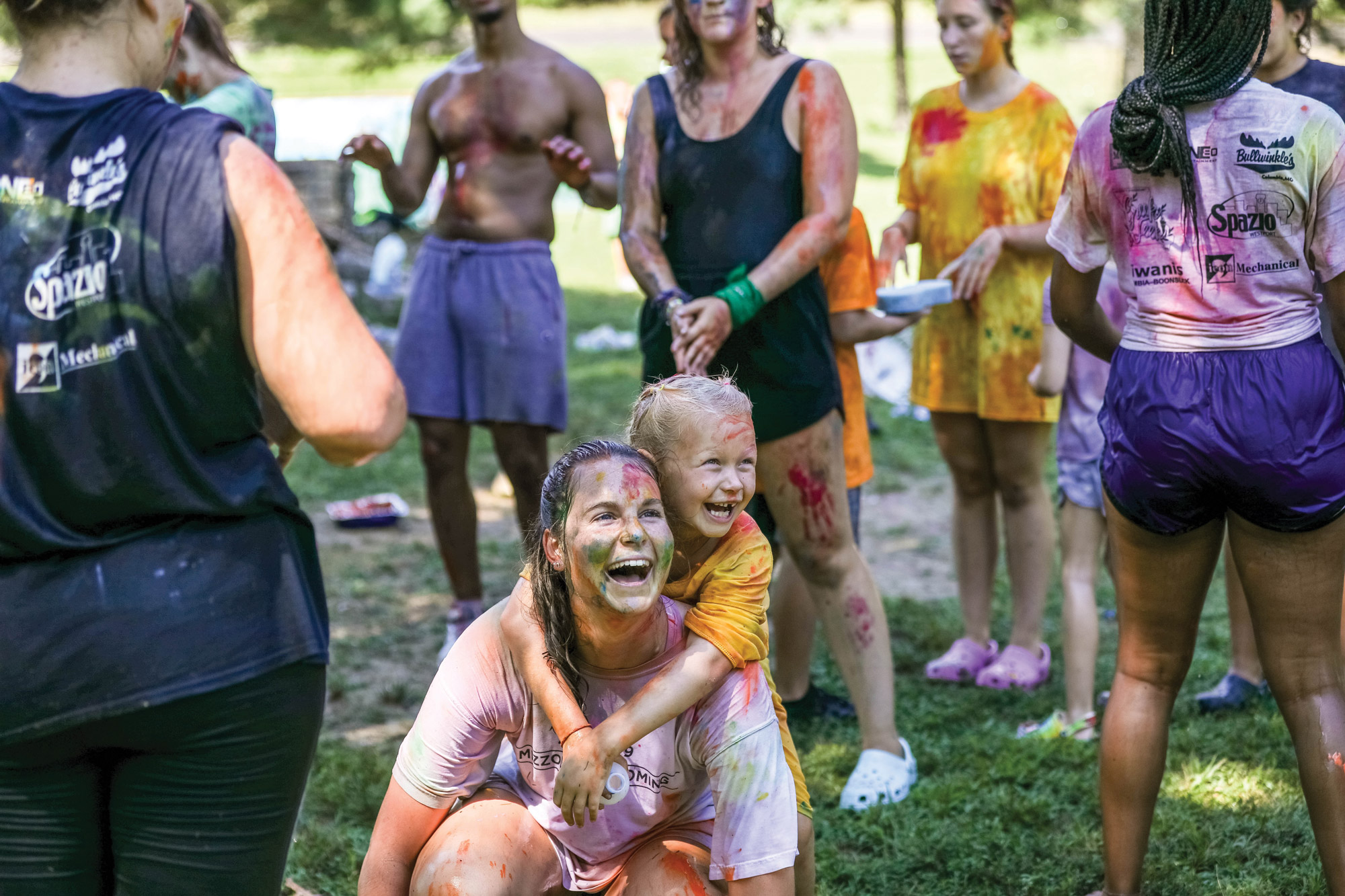 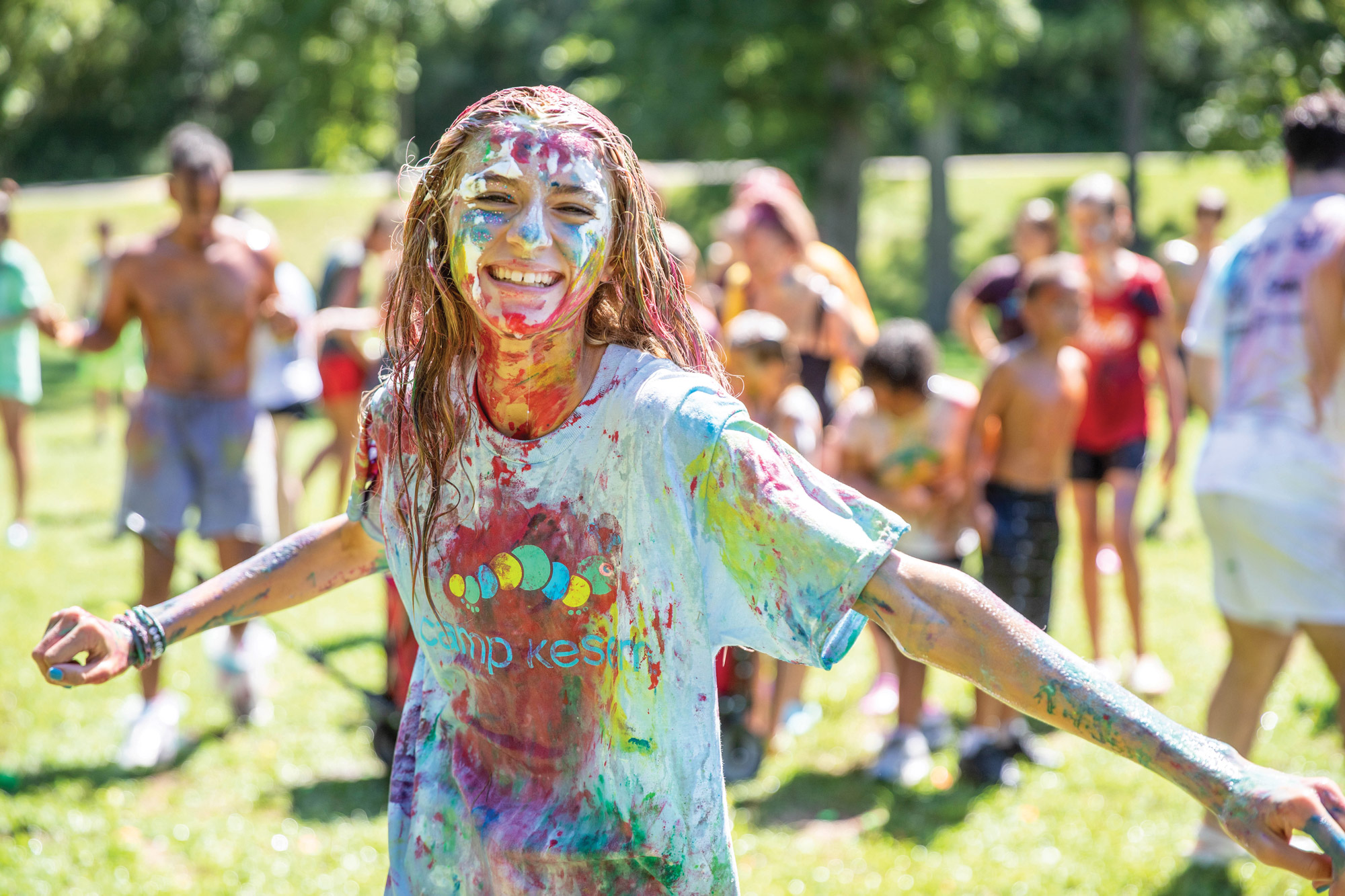 Camper “Tinker” after working with a rainbow’s worth of paint.