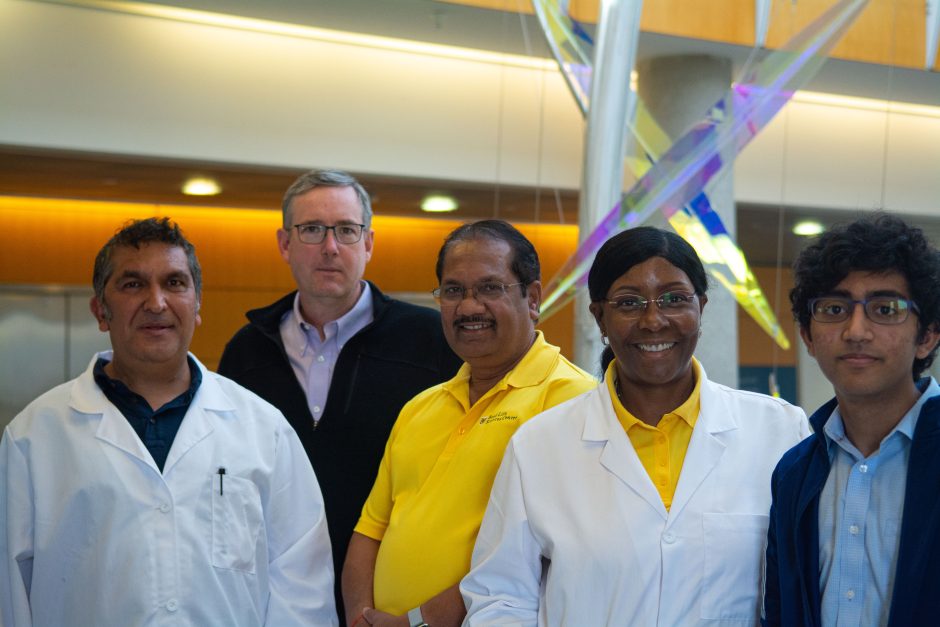 Monkeypox has infected more than 77,000 people in more than 100 countries worldwide, and — similar to COVID-19 — mutations have enabled the virus to grow stronger and smarter, evading antiviral drugs and vaccines in its mission to infect more people.

Now, a team of researchers at the University of Missouri have identified the specific mutations in the monkeypox virus that contribute to its continued infectiousness. The findings could lead to several outcomes: modified versions of existing drugs used to treat people suffering from monkeypox or the development of new drugs that account for the current mutations to increase their effectiveness at reducing symptoms and the spread of the virus.

“By doing a temporal analysis, we were able to see how the virus has evolved over time, and a key finding was the virus is now accumulating mutations specifically where drugs and antibodies from vaccines are supposed to bind,” Sachdev said. “So, the virus is getting smarter, it is able to avoid being targeted by drugs or antibodies from our body’s immune response and continue to spread to more people.”

Needles in a haystack

Singh has been studying virology and DNA genome replication for nearly 30 years. He said the homology, or structure, of the monkeypox virus is very similar to the vaccinia virus, which has been used as a vaccine to treat smallpox. This enabled Singh and his collaborators to create an accurate, 3D computer model of the monkeypox virus proteins and identify both where the specific mutations are located and what their functions are in contributing to the virus becoming so infectious recently.

“Our focus is on looking at the specific genes involved in copying the virus genome, and monkeypox is a huge virus with approximately 200,000 DNA bases in the genome,” Singh said. “The DNA genome for monkeypox is converted into nearly 200 proteins, so it comes with all the ‘armor’ it needs to replicate, divide and continue to infect others. Viruses will make billions of copies of itself and only the fittest will survive, as the mutations help them adapt and continue to spread.”

“When they sent me the data, I saw that the mutations were occurring at critical points impacting DNA genome binding, as well as where drugs and vaccine-induced antibodies are supposed to bind,” Singh said. “These factors are surely contributing to the virus’ increased infectivity. This work is important because the first step toward solving a problem is identifying where the problem is specifically occurring in the first place, and it is a team effort.”

The evolution of viruses

Researchers continue to question how the monkeypox virus has evolved over time. The efficacy of current CDC-approved drugs to treat monkeypox have been suboptimal, likely because they were originally developed to treat HIV and herpes but have since received emergency use authorization in an attempt to control the recent monkeypox outbreak. 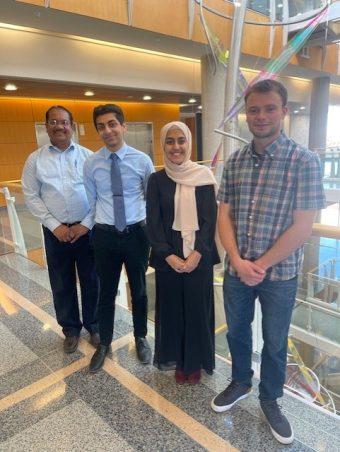 MU's Kamlendra Singh (far left) collaborates with students, faculty and staff to identify mutations in viruses, such as COVID-19 and monkeypox.

Singh and Kannan have been collaborating since the COVID-19 pandemic began in 2020, identifying the specific mutations causing COVID-19 variants, including Delta and Omicron. Kannan was recently recognized by the United Nations for supporting their ‘Sustainable Development Goals,’ which help tackle the world’s greatest challenges.

“I could not have done this research without my team members, and our efforts have helped scientists and drug developers assist with these virus outbreaks, so it is rewarding to be a part of it,” Singh said.