As the world struggled to address the impacts of COVID-19, the United States raced to limit the spread of the virus by investing in biotech companies working around the clock to develop a vaccine. Despite the initial profits that came from those investments, once vaccines were developed and made widely available, the biotech industry lost its financial footing. 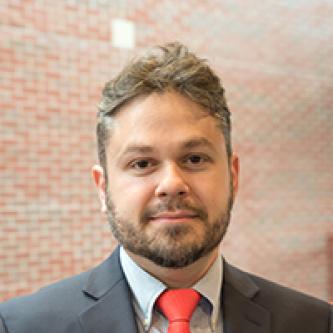 Felipe Bastos Gurgel Silva, a professor in accounting at the University of Missouri, said there are a number of potential reasons why the biotech industry, which uses biology to produce health care-related products, has struggled financially since the pandemic. He recently worked with other experts to analyze stock prices to determine the industry’s financial health.

Silva said most people believed the light at the end of the tunnel for the pandemic would be medical innovations such as vaccines and effective treatments for COVID-19. But, he said, it’s more complicated than that.

“With so much demand, one would imagine that sectors that provide these innovations should be performing very well financially,” he said. “However, in reality, once vaccines became more readily available, the sector has been performing quite poorly.”

Based on their findings, Silva believes this market volatility will eventually result in a diminished number of smaller biotech startups, which means medical innovation — such as the production of new drugs to fight diseases — could slow down.

“Now that the sector is undervalued, a major consequence is that there will be less investors getting these projects off the ground which means there will be less people starting up biotech ventures, resulting in less innovation,” Silva said. “That could be the difference between having a successful drug that treats Alzheimer’s disease, for example, in the next two years or the next five years.”

One potential reason Silva cited for the poor financial performance is because the U.S. Food and Drug Administration (FDA) and other researchers understandably have been forced to prioritize fighting the pandemic. Consequently, there is a backlog of FDA trials, which has temporarily slowed innovation in other areas.

Silva said another possible reason is because the biotech industry is usually a sector that experiences high returns for its investors. By nature, it is a high risk and high reward market, meaning investors can lose or make an inordinately large amount of money. However, COVID-19 has affected these returns. With the potential for such high losses and the lower payouts, investors are more likely to invest in something associated with less risk. Silva said this shift in the industry has a trickle-down effect.

“That makes you even more skeptical about investing your money in these firms,” Silva said. “We tend to think that most of the innovations in the biotech sector are done by big pharma, and they’re a big part of that. But the core innovation is done by biotech firms. These smaller startups rely heavily on investments, and these investments will certainly be slowing down in the near future.”

“The Rapid Rise and Fall of Biotech Stocks Adversely Impacts the Society” was published in the California Management Review.