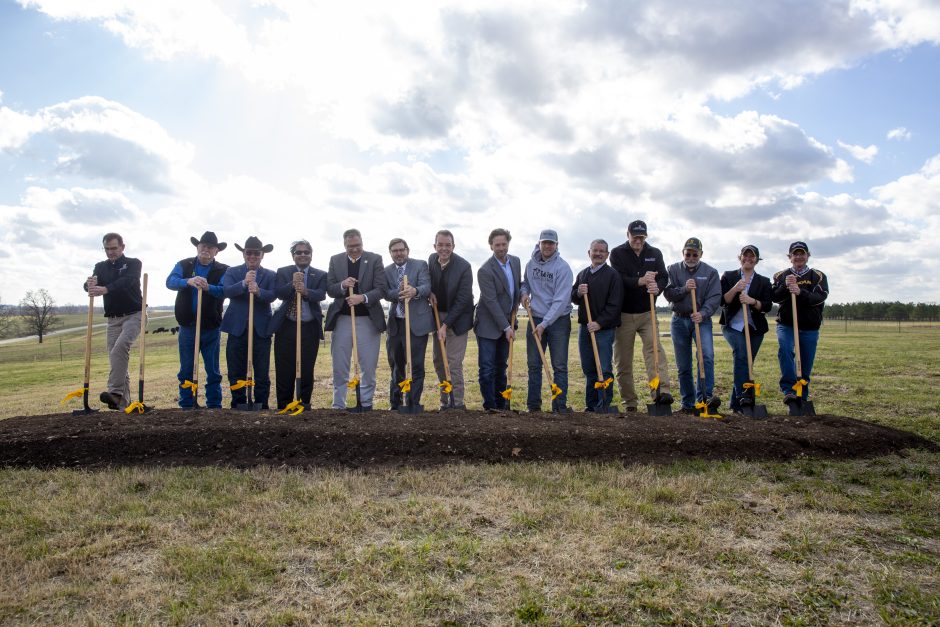 Groundbreaking of the expansion of the University of Missouri Southwest Research, Extension and Education Center.

The University of Missouri’s Southwest Research, Extension and Education Center (REEC) is poised to offer more public education and research opportunities with the addition of a state-of-the-art livestock handling facility.

A groundbreaking ceremony was held Tuesday in celebration of the joint effort between the College of Agriculture, Food, and Natural Resources (CAFNR) and MU Extension.

“This one building is going to offer an incredible expansion of educational opportunities for our students, researchers and the community,” said Christopher R. Daubert, vice chancellor and dean of CAFNR. “Here, our students will get more hands-on learning experiences, and our researchers will have the best infrastructure to allow them to focus on what they do best — world-class research that is applicable on working farms throughout Missouri and moves the livestock industry forward.” 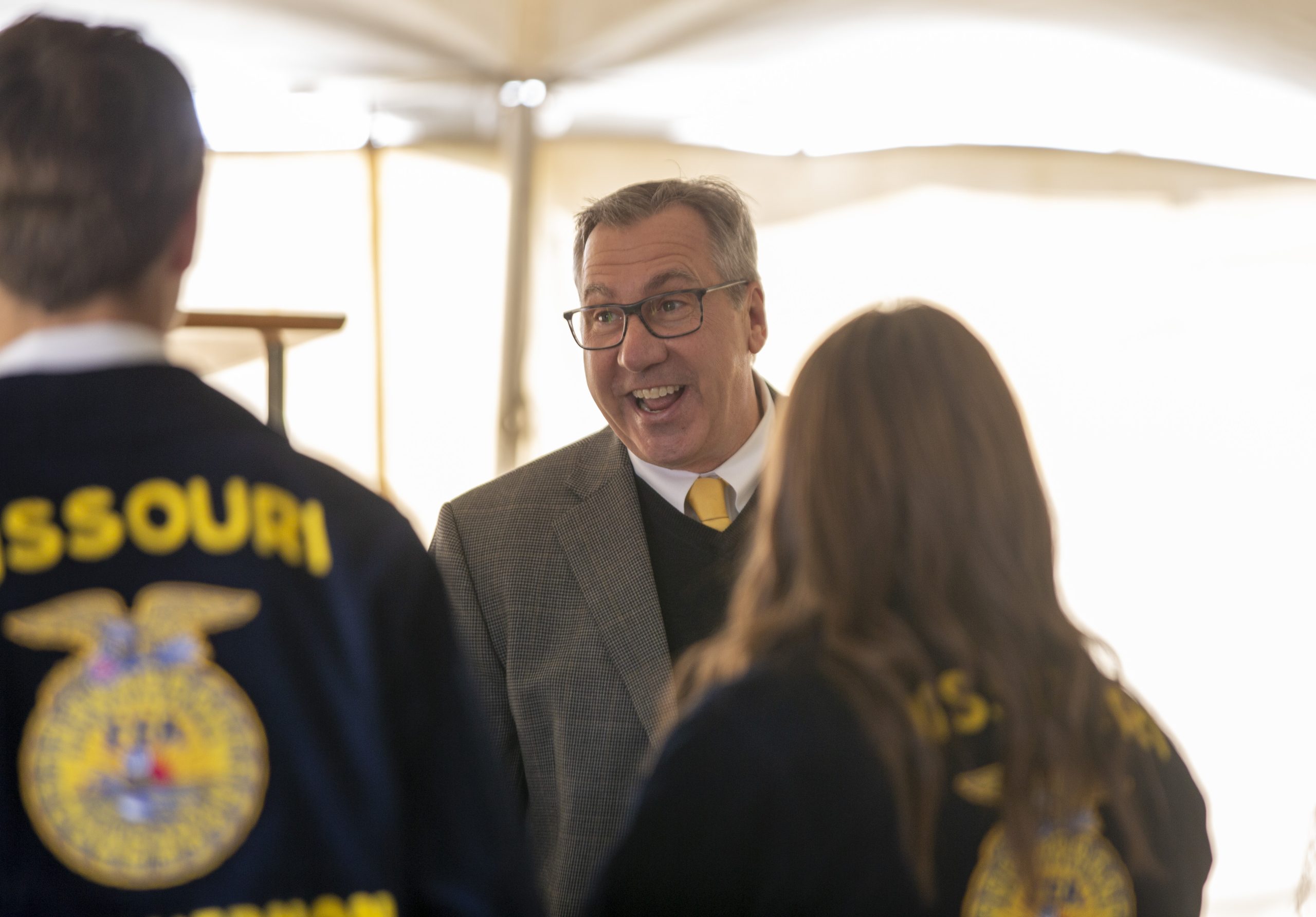 The facility, which will sit on the portion of the REEC north of I-44, will offer an indoor space for breeding activities like pregnancy checking, healthcare procedures such as vaccinations, and research data collection like blood draws. It will also feature an observation deck and add basic amenities like restrooms that do not currently exist on the portion of the nearly 900-acre REEC that sits north of I-44.

“We are excited about this new investment at the SW-REEC,” said Marshall Stewart, vice chancellor for extension and engagement. “The beef industry is a vital part of Missouri’s economy. So, through this facility, MU Extension faculty will be better equipped to serve the needs of Missourians.” 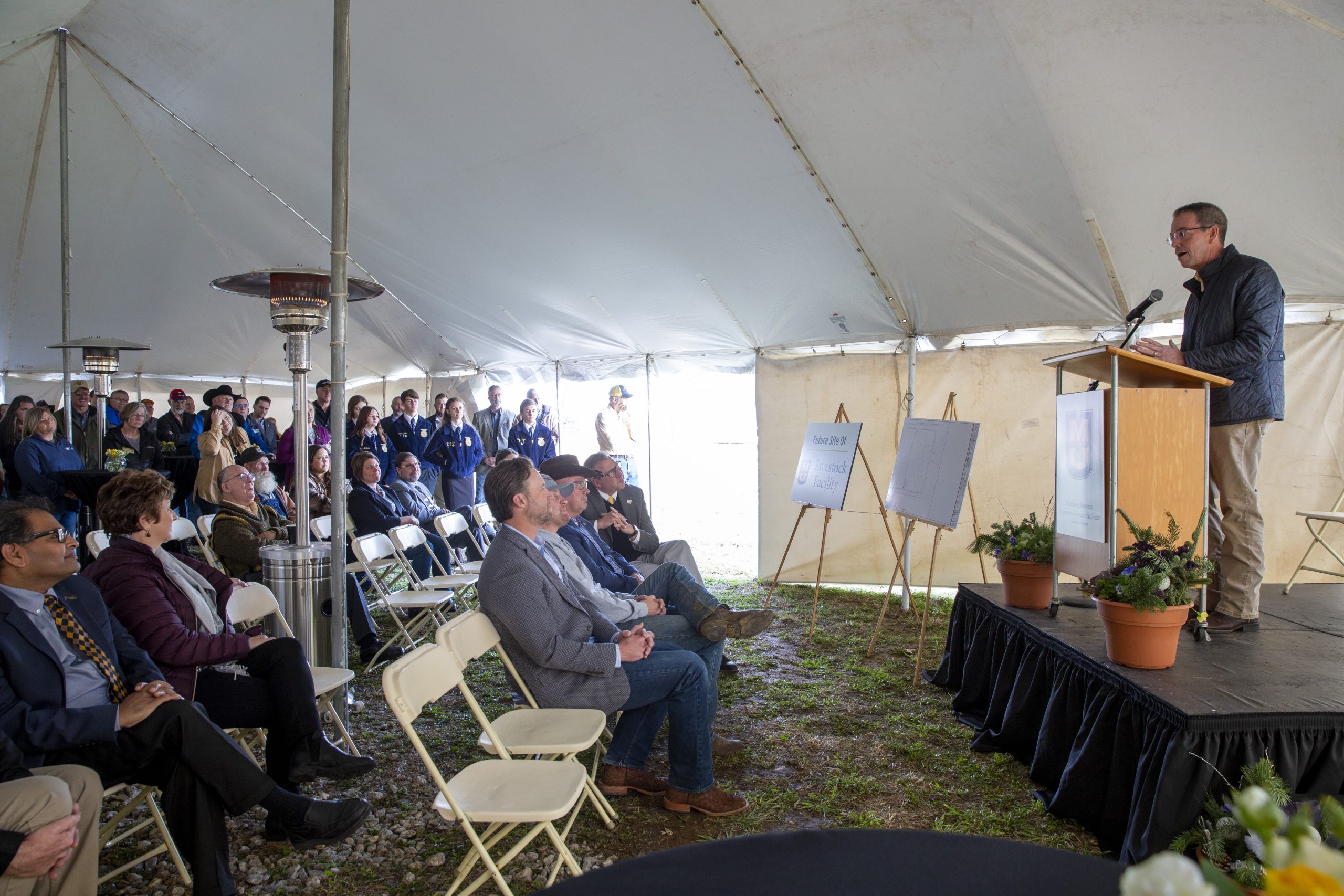 “This is going to make our farm and our programs so much more accessible to the public,” said Jay Chism, director of the SW-REEC. “As a land-grant university, the ability to bring the knowledge of our researchers and faculty to the hard-working farmers of southwest Missouri is truly rewarding, and this facility will make even more of that work possible.”

Chism looks forward to offering classes through MU Extension to area farmers that the REEC currently cannot support. These would include topics like artificial insemination in which a live demonstration would be key to learning. 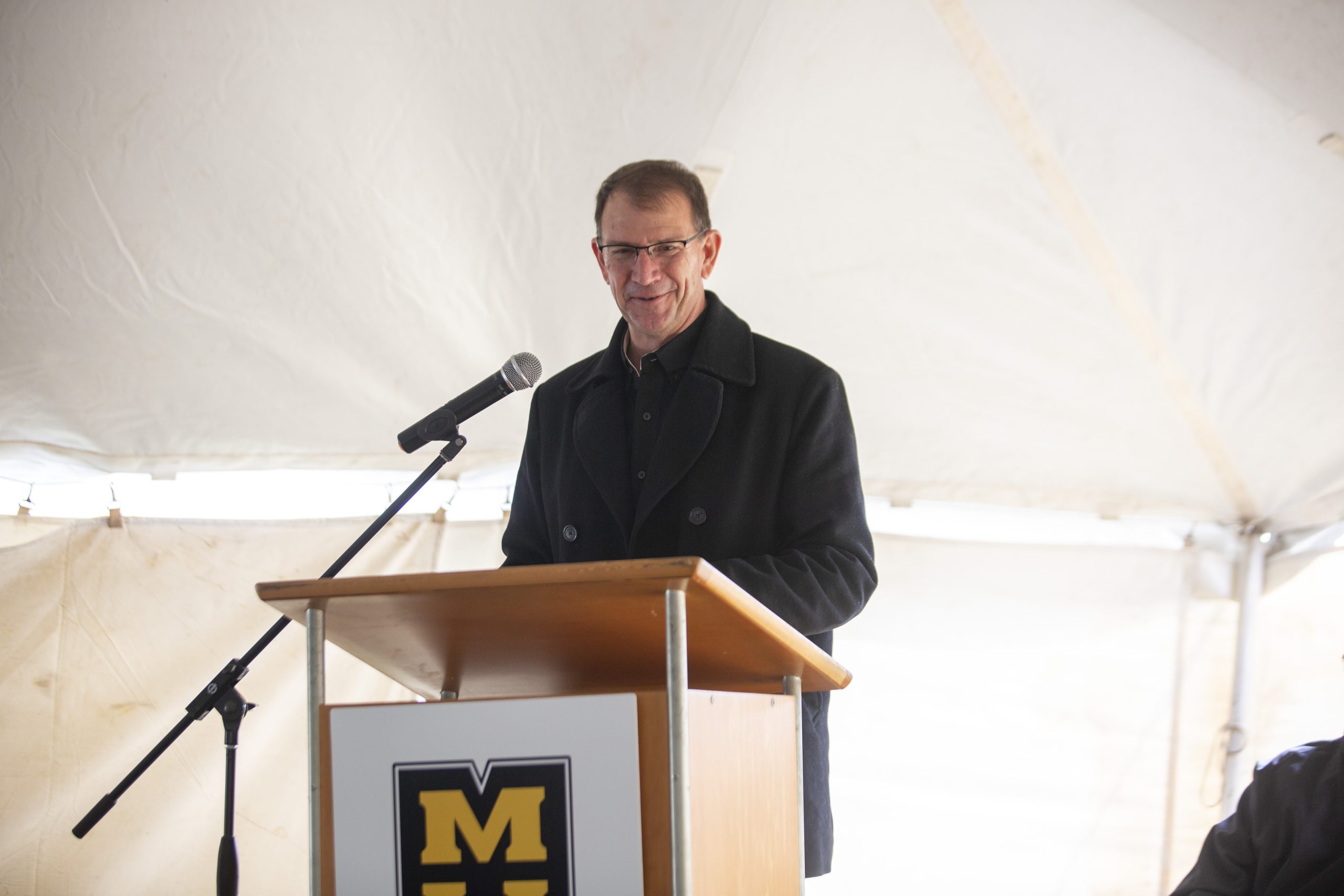 He also looks forward to seeing students being able to focus more on retaining information and less on dealing with mother nature. He recounted a story of graduate students using blankets to shield themselves from a snowstorm last year when pregnancy checks had to be done.

“There’s not a lot of education going on at that point,” Chism said. “You’re just cold and miserable.”

MU Extension and CAFNR are working together to make this $400,000 facility a reality, and the groundbreaking marks the beginning of this project. The facility is expected to be completed by June 30, 2023.

The Southwest REEC was established in 1959; the site represents various soil types in this region on Missouri. Serving 22 counties, the center addresses the main agricultural concerns of area industries including beef, forage, and horticultural crop production.