Harrison Mevis says it was former Missouri punter Grant McKinniss who gave him the nickname Thiccer Kicker one day in the locker room before his freshman season. “It had a nice ring to it,” Mevis says. “I’m a bigger guy and a kicker, so why not?” The name caught on with Missouri fans as Mevis — who is listed at 5-foot-11 and 257 pounds — quickly established himself as one of the nation’s best, converting 40 of 45 field-goal attempts in his first two years. The owner of Columbia’s Campus Bar & Grill reached out to Mevis about endorsing a cheeseburger named in his honor. The Thiccer Kicker Burger includes two third-pound beef patties, four strips of bacon, Colby jack cheese, an onion ring, lettuce, tomato and special sauce, which is a sweet chipotle mayo that Mevis selected himself during an extensive sauce-tasting session. Mevis says he has put away a few of his namesake burgers, though he limits his intake for all the right reasons. “Being an athlete,” he says, “you can’t eat that every day.” 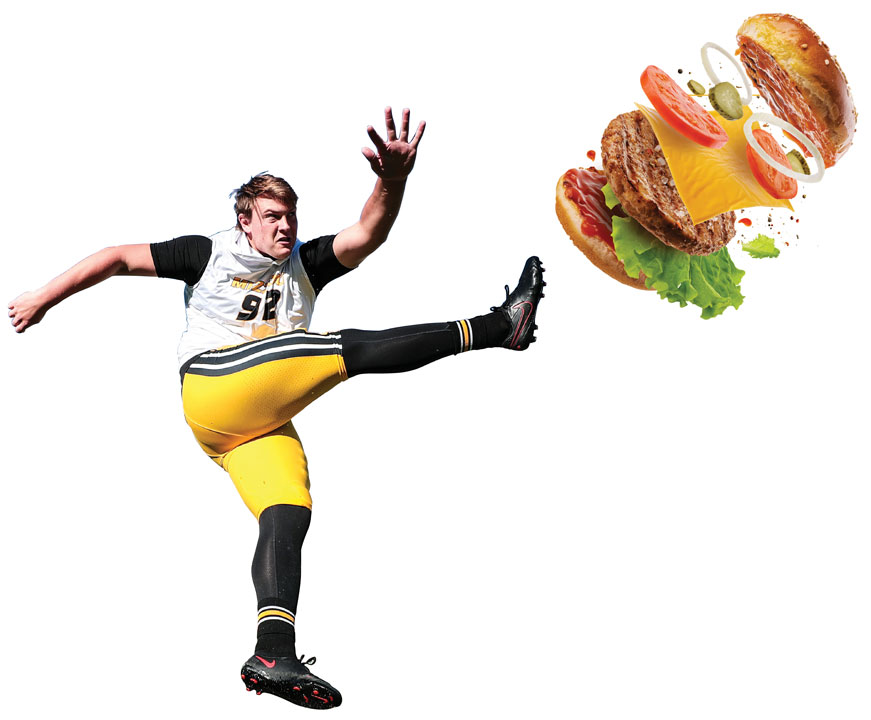 Punt your hunger out of the stadium with the Thiccer Kicker Burger, available at Campus Bar & Grill.