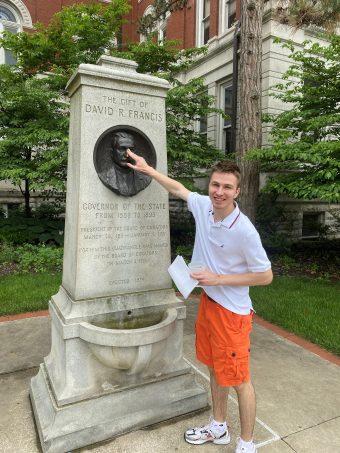 Daniil Rakov is one of three students from Ukraine who will be attending MU this academic year, thanks to help from Mizzou staff and support from generous donors.

When Daniil Rakov arrived in Missouri last fall as a foreign exchange student, he didn’t expect to stay after graduating from high school in May. The 17-year-old from Zaporizhzhia, Ukraine, had been fully aware of tensions between his country and Russia before leaving for the United States, but those differences had been smoldering for years. Rakov didn’t expect war to upend his life.

But when Russia invaded Ukraine in February, Rakov’s future hung in the balance — he couldn’t go home, and he couldn’t afford to stay.

Today, Rakov is safe in Columbia and enrolled as an undergraduate at the University of Missouri thanks, in large part, to the support of MU’s International Programs and generous donations to the university’s Ukrainian Emergency Fund — most notably a $103,282 donation this summer from the Veterans United Foundation. Rakov joins two other MU students from Ukraine — Vlad Sazhen and Alina Ruholia — whose stays are also being supported by the emergency fund.

“We were really concerned about these three students and wanted to help,” said David Currey, director of International Student and Scholar Services at MU. “The VUF funds will make a huge difference in helping these Mizzou students with their financial needs.”

Currey added that while these emergency funds will help Ukraine students get through this academic year, the need for assistance will continue. 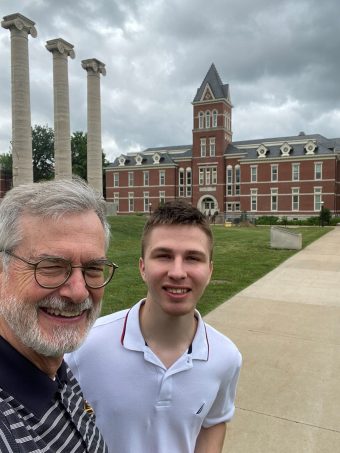 MU has hosted more than 70 Ukrainian students and scholars during the past several decades, which included several Fulbright Fellows. The emergency funds will be used to help currently enrolled students with their financial situations, which have been seriously disrupted by the war, including educational, living and medical expenses. Funds may also be used to assist students' and scholars’ family members in Ukraine with basic needs, including food, clean water, shelter and support to be relocated to safety, and/or evacuation out of Ukraine. Additionally, funds may be granted to Ukrainian students and scholars displaced by the war and seeking to study, teach or engage in research at Mizzou. The fund is similar to the International Programs’ Afghanistan Emergency Fund.

“There is some real good coming out of this,” Currey said. “The students are shedding tears over the support.”

Rakov — who can speak Russian, Ukrainian, English, French and Belarusian — couldn’t be more grateful for the opportunity to be an MU Tiger. He is majoring in international business and recently was awarded a $10,000 International Honors Scholarship, which will be renewed each year if he maintains a GPA of 2.75. This summer he took courses in micro-economics and international relations and has been working out at MizzouRec, where he has met several new friends. He also plans to get a job on campus.

“I think Mizzou is a very good choice for me,” he said.

Rakov said his family back home remains safe and that so far, his community is not occupied by Russian soldiers, though it is located only about 120 miles from Russian occupied area. He tries not to let news about the war overwhelm him.

“I can’t do anything about what’s happening there,” he said. “I try to keep up with the news and stay in contact with friends who live there. Going back home right now would be dangerous and not much of an option for me. I am happy to be here.”