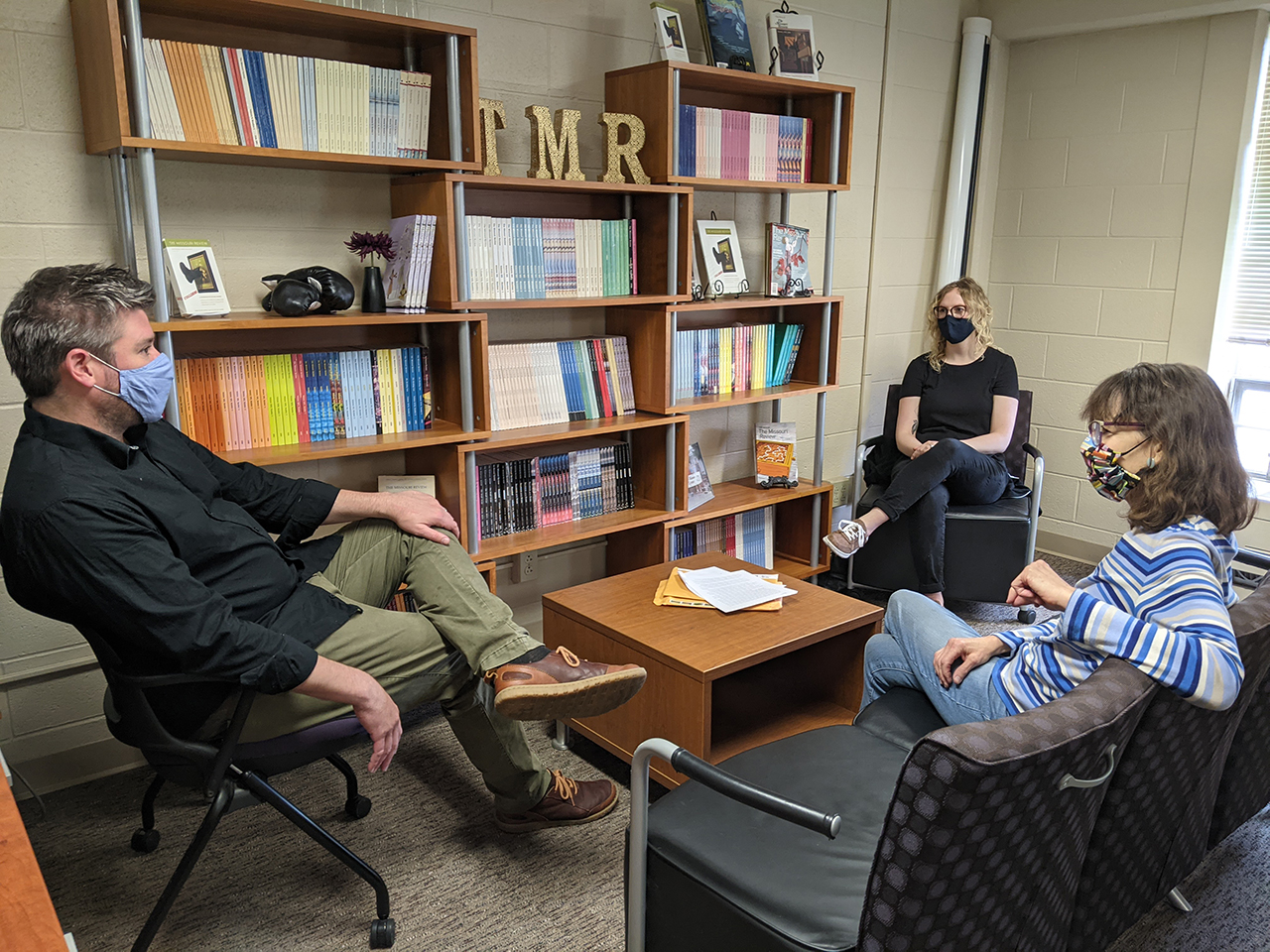 AnnElise Hatjakes has to pace herself. As a student intern for the University of Missouri’s literary magazine, The Missouri Review (TMR), she reads upwards of 15 fiction submissions per week from aspiring writers hoping to be published. Hatjakes must weigh the merits of each story and determine whether to decline the work or advance it to the next round of editorial review.

Published quarterly to a national audience, TMR usually receives around 10,000 – 12,000 submissions annually for poetry, fiction and nonfiction, in addition to those entered in its three contests. During the pandemic, that number has risen by almost 30%.

Reviewing all those submissions is a time-intensive process that adds reading to her already busy schedule as a first-year creative writing PhD student. But for Hatjakes — who is considering a career in publishing or academia — it all comes with being a good literary citizen.

“Every piece deserves a high level of care and attention,” she said. “I approach it with a level of excitement because I never know what I’m going to read. Every time I open up a new document I could be totally surprised.”

Often referred to as a “discovery journal,” TMR is known in the literary world for publishing early career writers alongside more established names such as Cheryl Strayed, Rita Dove and David Foster Wallace. Interns like Hatjakes are continuing TMR’s other legacy of finding new talent — not only on the page, but also behind the editor’s desk. 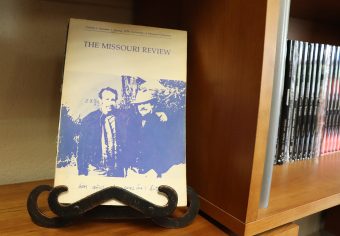 The first issue of "The Missouri Review" sits on a shelf in the group's office.

The future of publishing

To help wade through the volume of general submissions, the 13 current interns are assigned a genre and then read a certain number of manuscripts per week. They bring the best of what they find to pitch meetings and make the case to a mix of the five staff editors, two graduate editors and fellow interns as to why a piece should be considered for inclusion.

Grace McNamee, an associate editor at Bloomsbury USA, was a fiction intern at TMR and graduated from MU in 2015 with her bachelor’s in English. McNamee said those pitch meetings — as nerve-wracking as they could be — provided her first comprehensive look at the publishing industry. “I’d had internships at literary agencies and things of that nature, but I’d never seen the process of how a story was chosen and how it was found to be in the vein of what a magazine is publishing,” she said. “That’s still what I do today. I have to be able to read, evaluate and make decisions quickly and decisively.”

To better acquaint current interns with the publishing world, TMR also invites back former interns who are now active in the industry. Shelly Romero, an assistant editor at Scholastic, is one of several past interns who regularly return to campus (virtually) to answer questions. She said it’s her way of helping to demystify an “opaque” process. “I try to be honest about the workload, what the pros and cons are and what it looks like to be an editor in children’s publishing,” she said, adding that her TMR experience was critical to her development as an editor. “I really credit the internship for helping me find my footing.”

‘It’s about the work’

Marc McKee, the managing editor of TMR, said the internship is designed to give students the hands-on experience they’ll need to pursue a job in publishing. “The interns do a great amount of labor, but it’s in partnership with us,” he said, noting that the entire editorial team helps tackle the ever-growing slush pile. “The people who apply to the internship like to read and like to think about what they’re reading. We train that instinct and hone it in these directions to appreciate reading — not just for yourself, but also for larger audiences and for people who have discerning tastes.”

“To have that in your bag as you’re applying for these positions in publishing is a nice extra benefit,” McKee added.

Evelyn Somers, associate editor of TMR, has been with the magazine since the mid ’80s. Somers said the internship prepares students to participate in the larger literary conversation.

“We are working as a team,” Somers said. “There are few other classes where there is such a degree of collaboration, or where you are helped and mentored in the same degree.”

Hatjakes echoed that sentiment. “We’re all really supportive of one another and we have the same goal of getting great writing out into the world,” she said.

To order the spring 2021 issue of The Missouri Review, visit TMR’s website. An archive of past TMR issues is available for free to Mizzou students, faculty and staff on Project MUSE.
Tweet