Mizzou’s largest academic unit, the College of Arts and Science, strives for a breadth in teaching and research that reflects human diversity and complexity. Its programs draw students from around the world whose academic achievements not only cement careers as teachers and researchers but also advance the understanding of our world and ourselves.

These three students are nearing the pinnacle of education: a PhD, or Doctor of Philosophy. Not necessarily in the study of philosophy itself, but from Greek for “love of wisdom.” To get there takes years of study and producing original work that expands human knowledge. 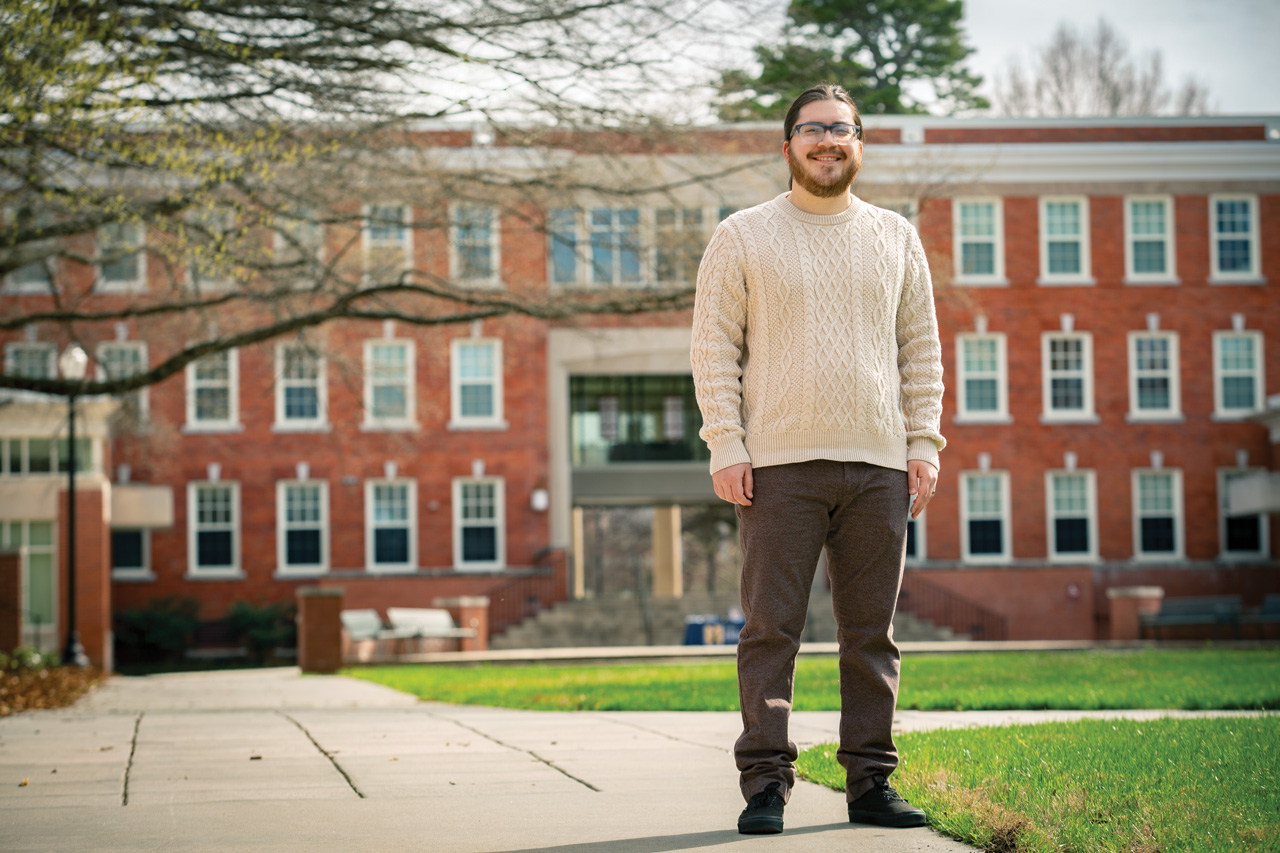 Psychologists want to understand why people do what they do. For Mizzou graduate student Tyler Jimenez, that includes why today’s authorities dispatch armored cars to confront peaceful American Indian protesters.

Tribal members on horseback faced militarized police in a 2016 protest over a new pipeline near the Standing Rock Sioux reservation in South Dakota. “It’s hard to look at those images and not think of colonialism,” says Jimenez, MA ’19, a doctoral candidate in social psychology.

A member of New Mexico’s Nambé Pueblo, Jimenez starts in the fall as an assistant professor at the University of Washington, where he’ll continue an emphasis on health issues for Indigenous peoples. He’s interested, for example, in programs that help tribal youth connect with their cultural history. Participants describe the cultural programs as pivotal to healthy living. “They seemed more motivated to take care of themselves,” Jimenez says, “and the people around them.” 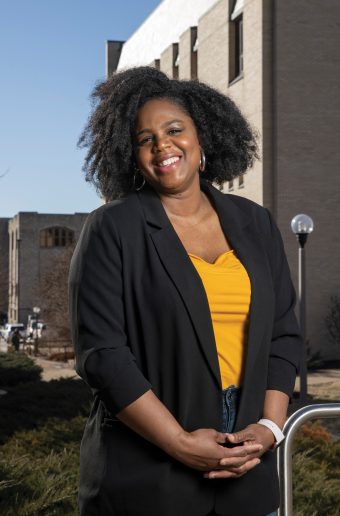 When growing up on the Caribbean island of Grenada, Patricka Williams-Simon dreamt of finishing high school, which would be a first for her family. Then she dreamt of attending college, never imagining graduate school.

Now she’s finishing a doctoral degree in biology, having contributed award-winning research on the genetics of learning and memory and of pediatric neurodegenerative diseases. “That I’m getting a PhD is a big deal for my family,” she says, adding with a laugh: “Most of the time, they think I’m a medical doctor. When someone gets a headache or a backache, I’m the one they call.”

Williams-Simon came to MU for its Post-baccalaureate Research Education Program, designed to increase diversity in the biomedical sciences. “PREP does what it promises — it prepares students for graduate school and to be competitive in the market,” she says.

Competitive, indeed, as Williams-Simon’s research earned a prestigious fellowship with the Howard Hughes Medical Institute and an award from the Genetics Society of America, among other recognitions. She, in turn, has helped start several organizations aimed at encouraging minorities in STEM. “It’s incumbent on me to give back to my community,” she says.

Meanwhile, Williams-Simon weighs four offers to continue her research in a postdoctoral position. She hopes to have her own lab one day, with teaching also a priority. 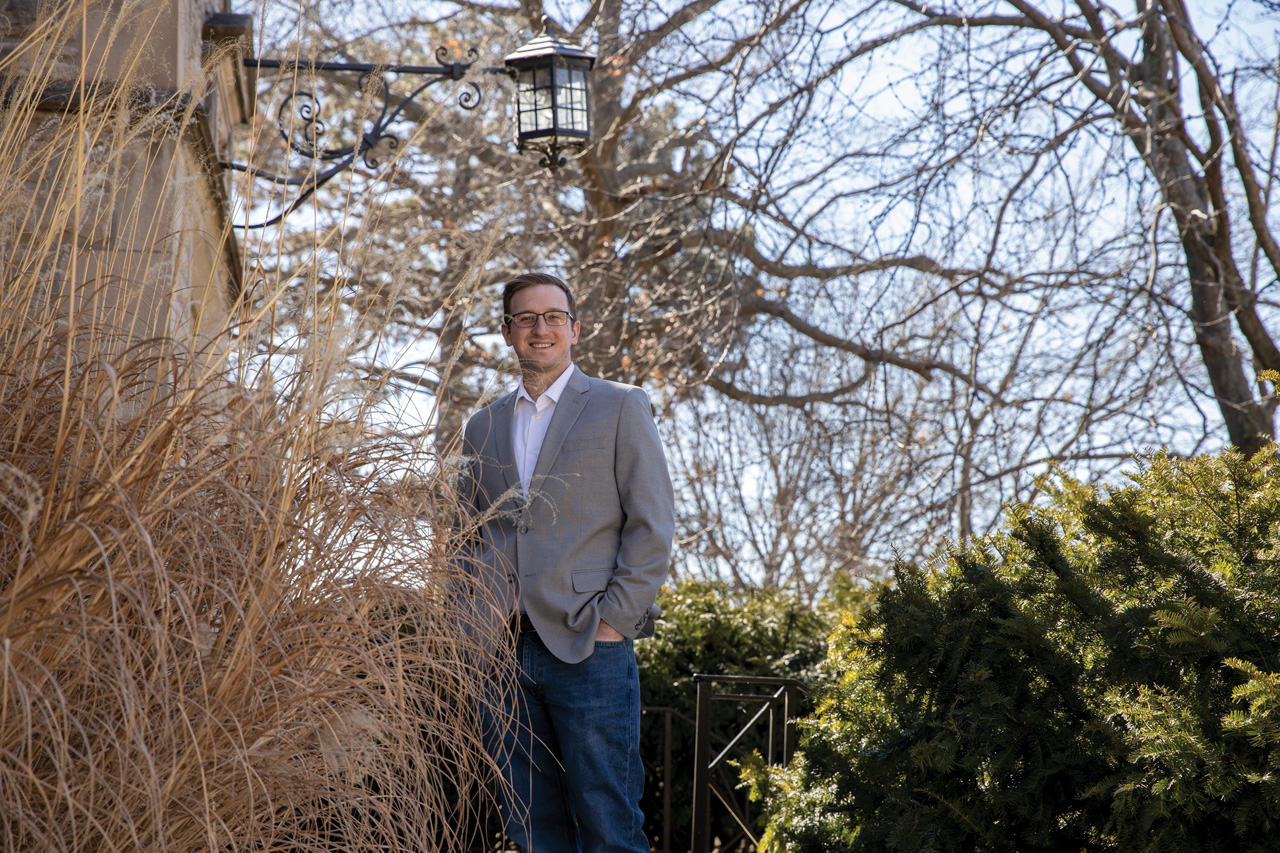 History often describes Pruitt-Igoe, a public housing complex in St. Louis, as having failed because of its high-rise architecture. Digging uncovers a more human story — management’s unwillingness and inability to understand the needs and desires of its residents. “Many tenants were actively organizing to better their living situation,” says Andrew Olden, MA ’17, a doctoral candidate in history. His research includes oral histories of residents who unsuccessfully sought to improve conditions. The project illustrates one theme in Olden’s research: a long history of African Americans in St. Louis unable to determine their own fate, including the destruction of successful Black neighborhoods in the name of “redevelopment.” He emerged from an Illinois high school wanting to study history, and now he wants to teach it as a career. His grandmother helped kindle that interest as together they visited St. Louis museums, including the Missouri History Museum. There, Olden found himself drawn to the story of African Americans in St. Louis, partly because of how little he learned about Black history in high school. “People tend to avoid the uncomfortable side of history,” he says. But national unrest has spurred a desire in his students for that perspective. “It’s great to see that they care,” he says, “and that they want to grapple with difficult topics.”