The University of Missouri is black and gold — and getting greener all the time.

Since 2008, Mizzou has lowered its annual greenhouse gas emissions by more than 61%, thanks to campuswide efforts to become more efficient and more reliant on renewable energy. Today, up to 40% of the energy the campus uses each year comes from renewable energy sources, including biomass, solar and wind power.

If all goes as planned, Mizzou is well on its way to meeting its goal of being carbon neutral by 2050.

“MU is committed to sustainability and continuing its efforts to make our campus more efficient,” said Gregg Coffin, director of Energy Management at MU. “We’ve made great progress and will continue to move forward with additional renewable energy sources and improved efficiencies of our buildings.” 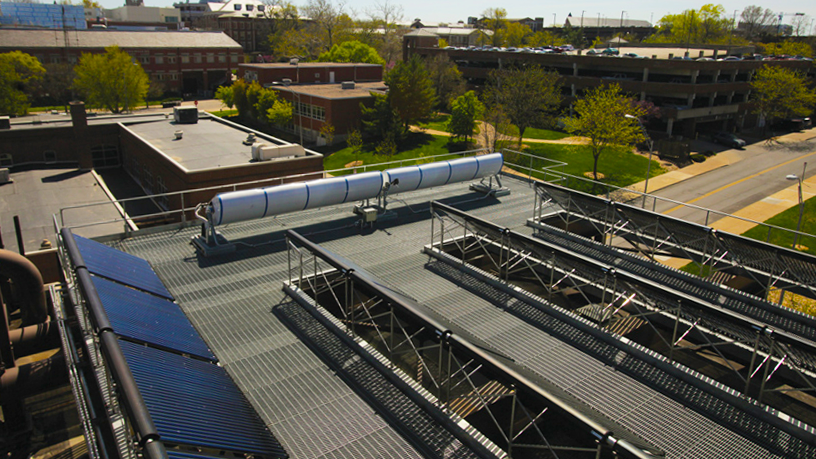 The solar panels on the roof of the MU Power Plant are used to heat water and keep energy costs down.

Going green is nothing new for MU. The university is a long-time leader in applying energy conservation technologies to reduce energy and save future expenses for the campus. Through MU’s comprehensive energy conservation program established in 1990, the energy of campus academic buildings has been reduced by more than 19% per square foot. The cost avoidance, or future savings, of MU’s energy conservation efforts has now reached $10.8 million a year with cumulative savings of $108.8 million since 1990.

“Sustainability continues as one of Energy Management’s key strategic initiatives while serving the MU campus with reliable and cost-efficient utility services,” said Gary Ward, vice chancellor for Operations. “Our numerous on-campus site renewable technologies are a living laboratory of our campus community.”

The MU campus was recognized in 2017 by the EPA’s Green Power Partnership as a national leader in the application of renewable energy serving the campus. As of Jan. 25, 2021, MU was ranked No. 17 among the EPA’s top 30 College & University Partners. Coffin said the recognition is affirmation the university is actively looking for new ways to reduce its carbon footprint.

A prime focus of energy conservation the past few years has been converting lighting to LED technologies and strategically upgrading heating, ventilation and air conditioning systems on campus, Coffin said. Additionally, water consumption has dropped by 53% in the past 20 years due to a number of efficiencies, including the installation of more efficient fixtures, changes in cooling systems and new technologies to reuse and recycle water. 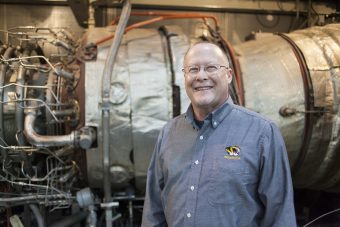 Gregg Coffin is director of Energy Management at MU.

“The power plant recently completed testing of an engineered bio-fuel pellet, which could allow the plant to reduce or eliminate the remaining small amount of coal it now uses for winter heating,” said Coffin, who added the bio-pellets made from paper waste are still in the experimental stage. “Our goal is to remove the remaining amount of coal which is about 5% of the total fuel that goes into the power plant.”

While MU does have a demonstration-scaled wind turbine near the Hearnes Center on Stadium Boulevard, the university acquires the majority of its wind power through a power purchase agreement for wind produced energy from the grid.

Solar power is the most likely type of renewable energy to increase on campus, said Coffin. There are already a number of solar technologies used on campus, such as solar thermal at Gateway and Brooks residence halls that uses energy garnered from the sun to heat water. One idea being explored is installing solar panels on the roof decks of parking structures where they would generate energy without taking up valuable land space on campus.

“One of the challenges with solar energy is (the panels) have a 25- to 30-year lifespan,” said Coffin, adding the panel’s longevity requires serious consideration of where to install them on a campus where space is limited. That’s why energy experts are studying the feasibility of installing them on parking structures, available open land and new buildings.

Coffin said the university has always approached sustainability with a practical state of mind, and that means being selective in the types of technologies in which the university invests.

“We will make a commitment, but we want to make sure we have a pathway to success, and we have demonstrated that with the changes we have made,” Coffin said. “We don’t want to go so fast that we pick a technology that isn’t the right one. We want to pick technologies that are the most effective for the future.” 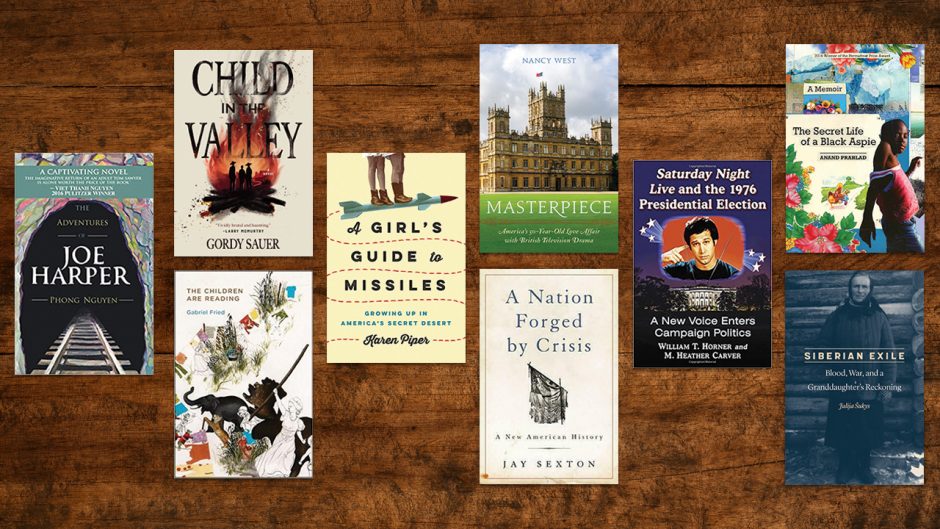 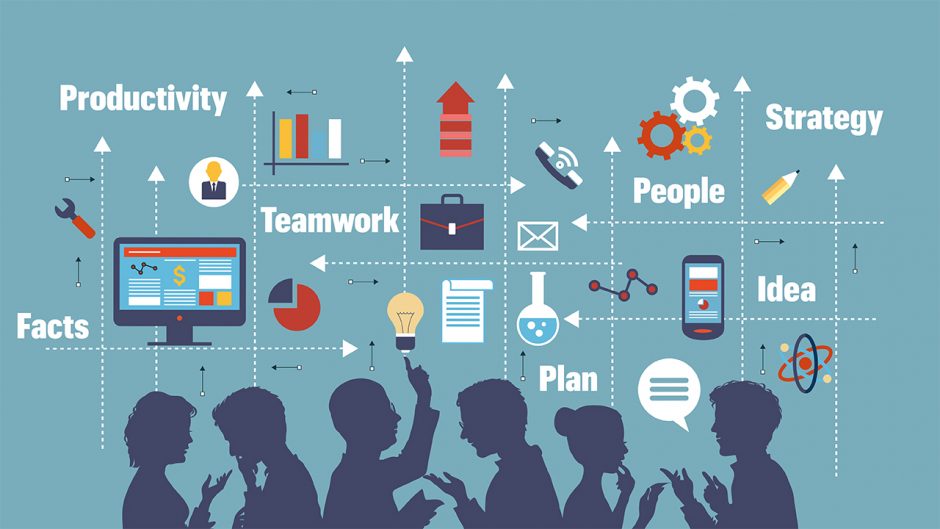