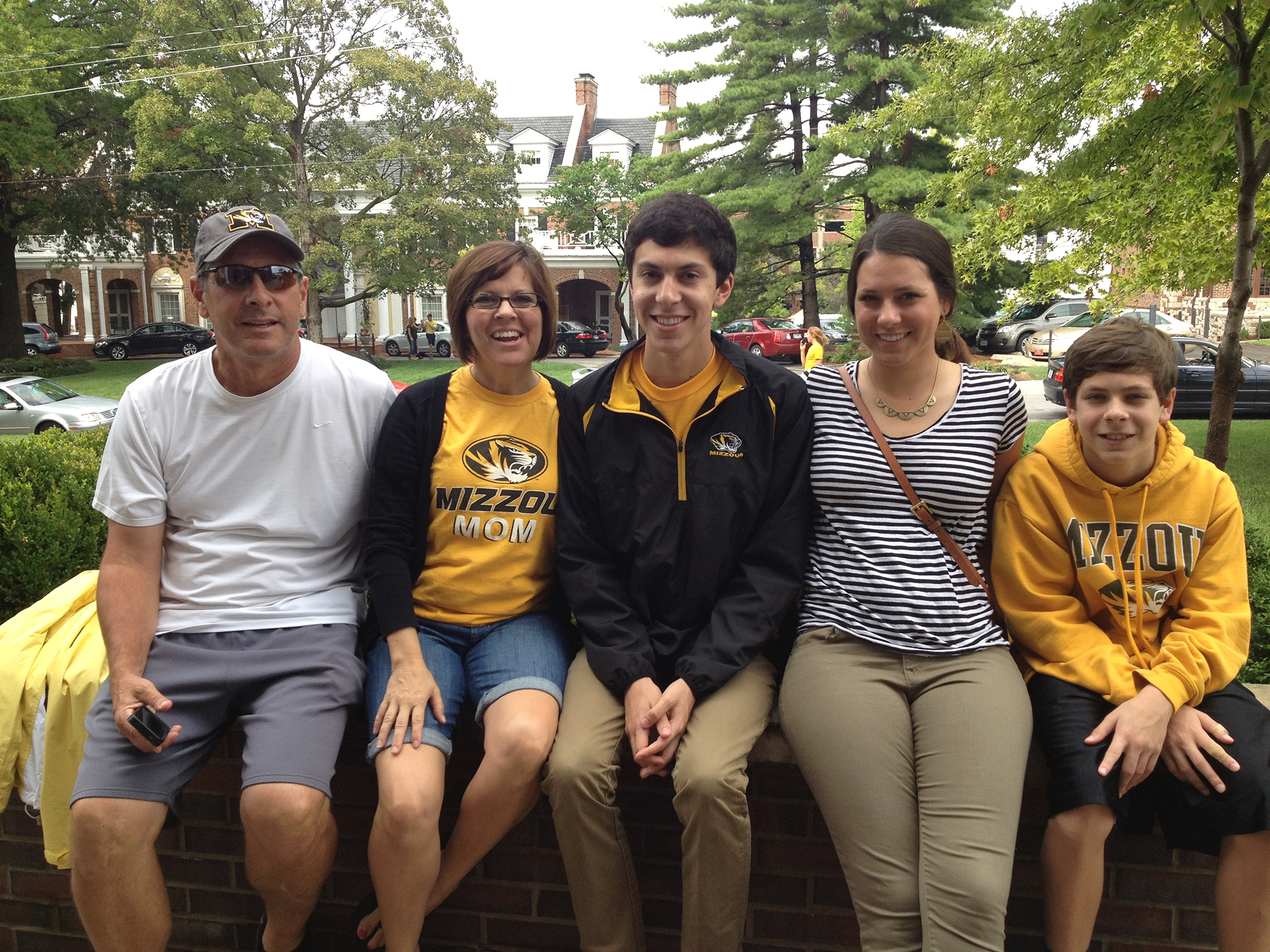 The Graham family on campus in 2013. (Left to right) Gene, Lori, Patrick, Lindsey and Jack Graham.

Jack Graham can’t remember a time when the University of Missouri wasn’t a part of his life.

The 21-year-old junior grew up attending Mizzou games with his dad, Gene Graham, who attended MU from 1976 to 1979 and is now a Kansas City-area attorney. In his childhood home in Lee’s Summit, Jack even had a Mizzou-themed bedroom decked out with black and gold walls, decorations and a tiger mural behind the bed.

Mizzou Tiger fandom is a Graham family tradition — Gene’s father, Gene, Sr., attended Mizzou, and Jack’s older siblings Patrick and Lindsey also graduated from the ZOU. When it came time for Jack to select a college, his mind was already made up: MU. After all, he had the wardrobe — half of his closet was already filled with Mizzou-themed apparel.

“For me, it wasn’t a matter of where I would go to college, but what I would study when I got to Mizzou,” Jack said.

This weekend, Jack and his family will join thousands of other families on campus for Family Weekend. Learn more about their history and why they love Mizzou.

Gene Graham readily admits he “marinated” his children in the culture of being Mizzou fans and is proud to be a member of a Mizzou legacy family. Over the years, Gene has remained close with his fraternity brothers — often attending sports events with them and sometimes visiting their old haunts, such as Harpo’s Bar and Grill and The Fieldhouse in downtown Columbia. 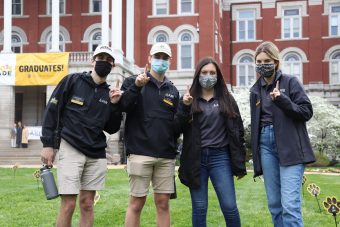 “Mizzou is a special place where you can get a great education at an affordable price,” he said. “And there is a great amount of school spirit — there always has been and always will be.”

Jack is also building connections on campus and said an important part of his Mizzou experience has been getting involved, such as serving as the vice president of Traditions for the Alumni Association Student Board and being an active member of his fraternity. In the classroom, Jack said his instructors have sparked his intellect, making his academic experience challenging and rewarding.

“I personally enjoy learning,” he said. “It’s been amazing here, and my professors have been great.”

If Gene has it his way, the family tradition will continue with a fourth generation of Mizzou Tigers.

“Hopefully, my grandkids will be Mizzou-bound, but we’ll see,” he said. “If you love this state and where you grew up, attending the University of Missouri is a privilege and a place where you will always feel at home for the rest of your life. MU has enhanced my life and enhanced the joy of my children’s lives. Being a Mizzou Tiger is something we will always share together.”

A walk down memory lane

One of Jack’s favorite childhood memories of Mizzou is when the Tigers beat Arkansas in 2014 to cinch the SEC East championship. That was the year Missouri fought its way back from a 14-3 deficit and quarterback Maty Mauk made several big throws in the second half. The clincher was running back Marcus Murphy punching in the go-ahead touchdown with 4:30 left in the fourth quarter. Minutes later, Jack and hundreds of other Tiger fans, stormed the field.

“It was incredible,” he recalled. “I even got a picture with Marcus Murphy.”