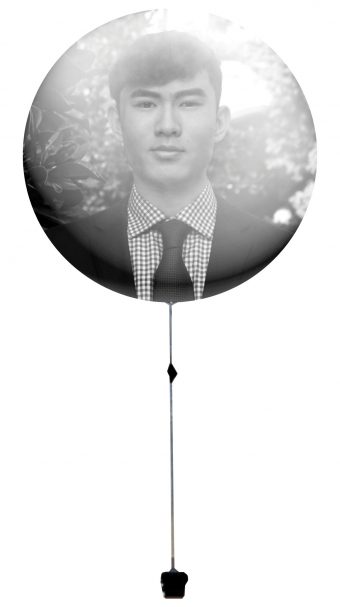 When business major Ed Ge started Stratodyne in 2019, his dream was to take people to space in affordable 3D-printed launch vehicles. He started launching small rockets from a balloon into the stratosphere.

But they never reached the heights Ge had envisioned. “It was basically an overpriced hobby,” he says. But then Ge’s business partner, fellow Tiger and business major Bryce Edmondson, mentioned his family’s farm back in Texas and the problems they faced competing against corporate farms. Ge and Edmondson realized that, rather than looking upward, they should be focusing their efforts down on the ground. Their balloons can carry equipment that could provide farmers with a steady stream of information from above: surveying crop conditions, catching disease before it spreads, helping predict yields and even planning harvests. Unlike aircraft that fly over quickly and satellites that take hours to transmit their findings, balloons hover at 65,000 feet and can communicate in real time — all at a fraction of the cost.

Stratodyne recently received a St. Louis Arch Grant and acceptance to Silicon Valley’s vaunted Alchemist Accelerator, along with $200,000 from external investors — a sign that they are finally looking in the right direction. “Rockets are expensive and a pain,” Ge says. “But having balloons feed data to farmers is not only where the money is; it’s also improving lives back on Earth.”