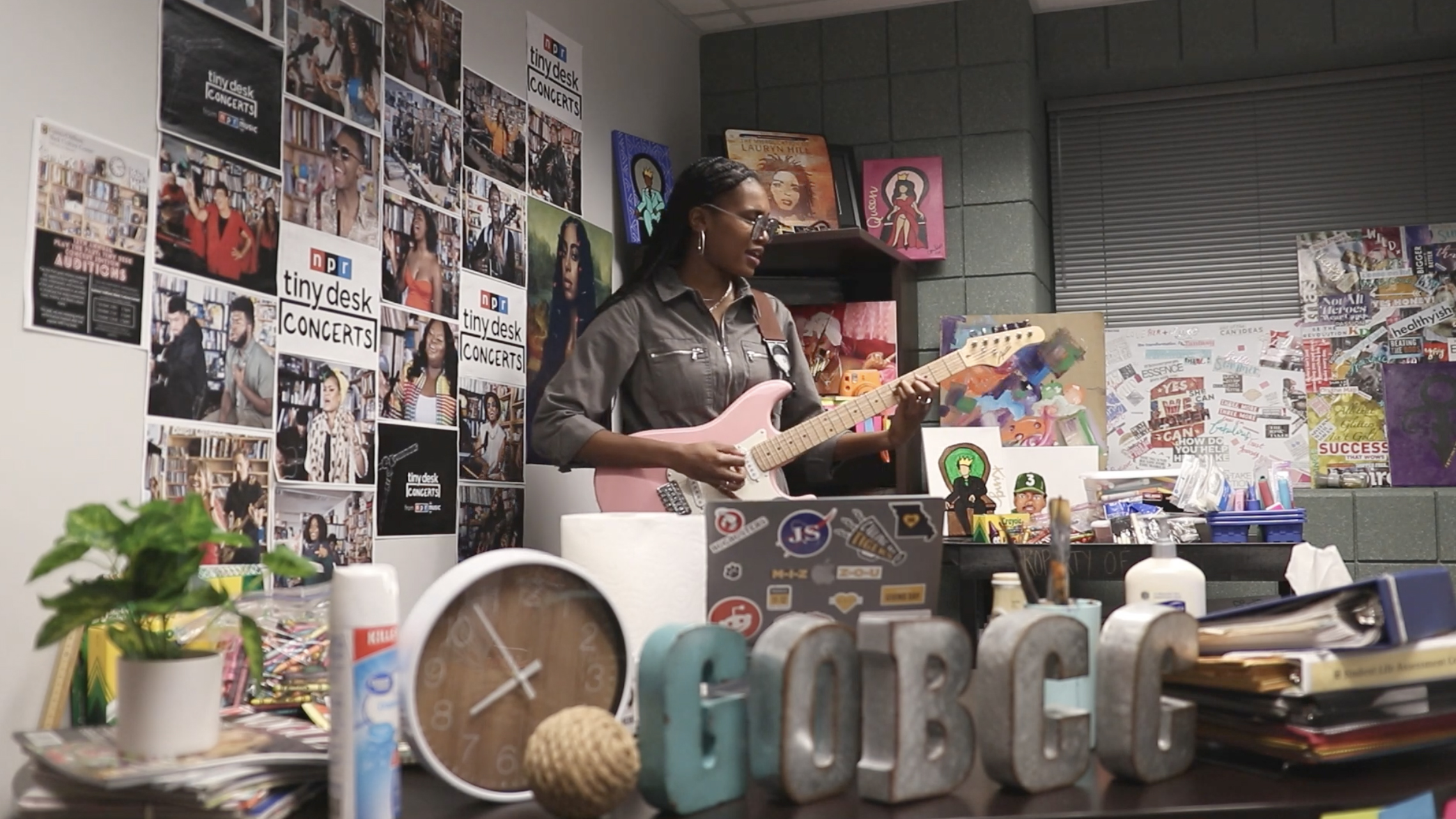 It began as a talent show (with a twist) in a multipurpose room. Now, after more than a decade, Play the Part has grown into a flagship event for the Gaines/Oldham Black Culture Center (GOBCC). Every fall, students audition for the chance to not just perform songs (mostly by famous Black and African American artists), but to embody their idols in elaborate performances to sold-out crowds at large venues such as Jesse Auditorium and the Missouri Theatre.

“Some years, it’s like a Mizzou Coachella,” said Donald D. Gilliam, student support specialist and program instructor at the GOBCC, programs instructor for the Mizzou Black Men’s Initiative and one of the original creators of Play the Part. “But everything we would have done this year either wouldn’t fit or couldn’t be well attended with coronavirus restrictions.”

COVID-19 would make throwing a huge party impossible. So, Gilliam and the GOBCC team came up with an idea: What if — instead of going big — they went small?

This year’s Play the Part is modeled off of NPR’s popular Tiny Desk series of videos featuring musicians performing simplified versions of their songs behind, you guessed it, a desk.

“Tiny Desk is a place where you can get a more intimate feel for an artist,” said N’ya Fritz, a sophomore secondary language arts major with a minor in Black studies and the event’s creative director. Fritz coached the performers so their sets would have a similar feel to a real Tiny Desk Concert. She was also in charge of turning an empty GOBCC conference room into a recreation of the NPR set. “The aesthetic includes a lot of different colors, and even lunch food and random office stuff,” she said. “It’s so small, but also messy and realistic.”

To keep everyone safe, auditions were held over three days to give staff enough time to disinfect the room after each performance. On recording days, Gilliam, Fritz and videographer Cj Harris were the only staff in the room with the performers. Prior to attending, everyone was required to use the #CampusClear app and to take their temperatures. Social distancing was also mandatory, as were face coverings when not performing.

Safety wasn’t the only challenge of performing in a smaller room.

Victoria Shepard, a junior communication major, performed three songs as H.E.R. Shepard was also a performer at last year’s Play the Part event in a packed Missouri Theatre. She said Tiny Desk, despite its limited audience of three people and a camera, was even more nerve-wracking. “At the theater, the lights are in your face and you can’t see anyone. It’s dark and almost feels like a dream. With Tiny Desk, I could see everyone.”

To prepare for her close-up as H.E.R., Shepard said she practiced for hours in the Sinquefield Music Center. “It pushed me to try new things. For example, I never tried to solo before,” she said. “H.E.R. absolutely kills it on guitar.”

Joel Rodriguez, a junior musical theater major with a minor in linguistics, is used to performing for crowds, but said that Tiny Desk was a different kind of challenge. “You feel kind of closed in,” he said. “When it’s silent in a room that small, it’s almost as deafening as in a theater.”

Raynesha Green, a senior theatre performance major with a minor in journalism, sang a duet with Rodriguez of John Legend and Meghan Trainor’s hit “Like I’m Gonna Lose You.” Green — who is in a quarantine bubble with Rodriguez — said even in the smaller format, performing at Play the Part was still a dream come true. “I’ve gone as an audience member and always wanted to do Play the Part,” she said. “I appreciate the GOBCC going with the times and understanding that, with the pandemic, you can’t do the full production. But you can still do something that’s very popular.”

The community response was overwhelmingly positive, Gilliam said. “Even outside of views, we got a ton of feedback from Twitter,” he said. “Current students, faculty, staff and a large number of alums were immediately responding to say they loved it and also that Play the Part was one of their favorite events.”

Gilliam said this year’s scaled-back performance was a way to share a bit of normalcy in an unusual time. “Being able to still engage students virtually is great,” Gilliam said. “But having Tiny Desk received the way it has been, it also makes us look forward to next year. It gives people hope.”