Under a cloudless sky and mild August weather, a small group watched as the nearly 25-ton Siemens Healthineers MAGNETOM Terra 7-Tesla magnetic resonance imaging scanner (7T MRI) was lifted into the air. The machine — heavier than 15 midsize cars — was then gently moved by a massive crane and lowered down a chute.

Just like that, a new era of precision medicine began at the University of Missouri.

The 7T MRI is the centerpiece of the NextGen Precision Health building — scheduled to open in October on MU’s campus — and will allow for extraordinarily detailed images of the brain and other parts of the body. James Bertrand, senior vice president of Imaging Sales USA at Siemens Healthineers, likened the machine’s capabilities to the difference in TVs from 1985 versus the ultra-high definition models today. Talissa Altes, chair of the MU School of Medicine’s Department of Radiology, made a further comparison: “This device is like the Ferrari of MRIs,” she said.

While the team makes final touches to the machine’s installation, see photos from the 7T MRI’s arrival and learn more about how it will supercharge research and potentially save the lives of patients in Missouri and beyond. 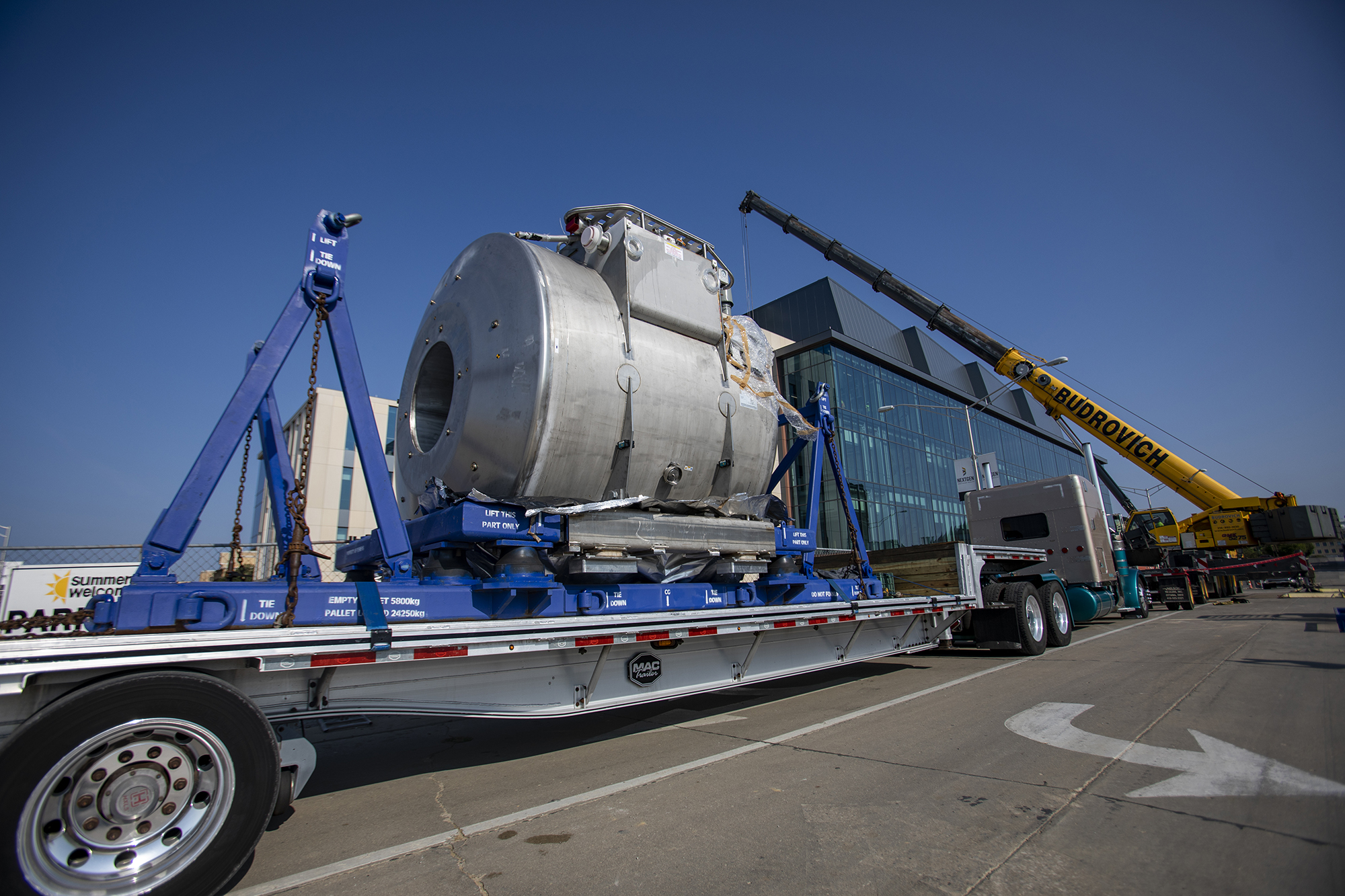 The 7T MRI arrives at the nearly completed NextGen Precision Health building on Aug. 4. The new imaging suite housing the 7T MRI scanner is made possible by the Alliance for Precision Health, a formal collaboration among the University of Missouri System, MU Health Care and Siemens Healthineers. 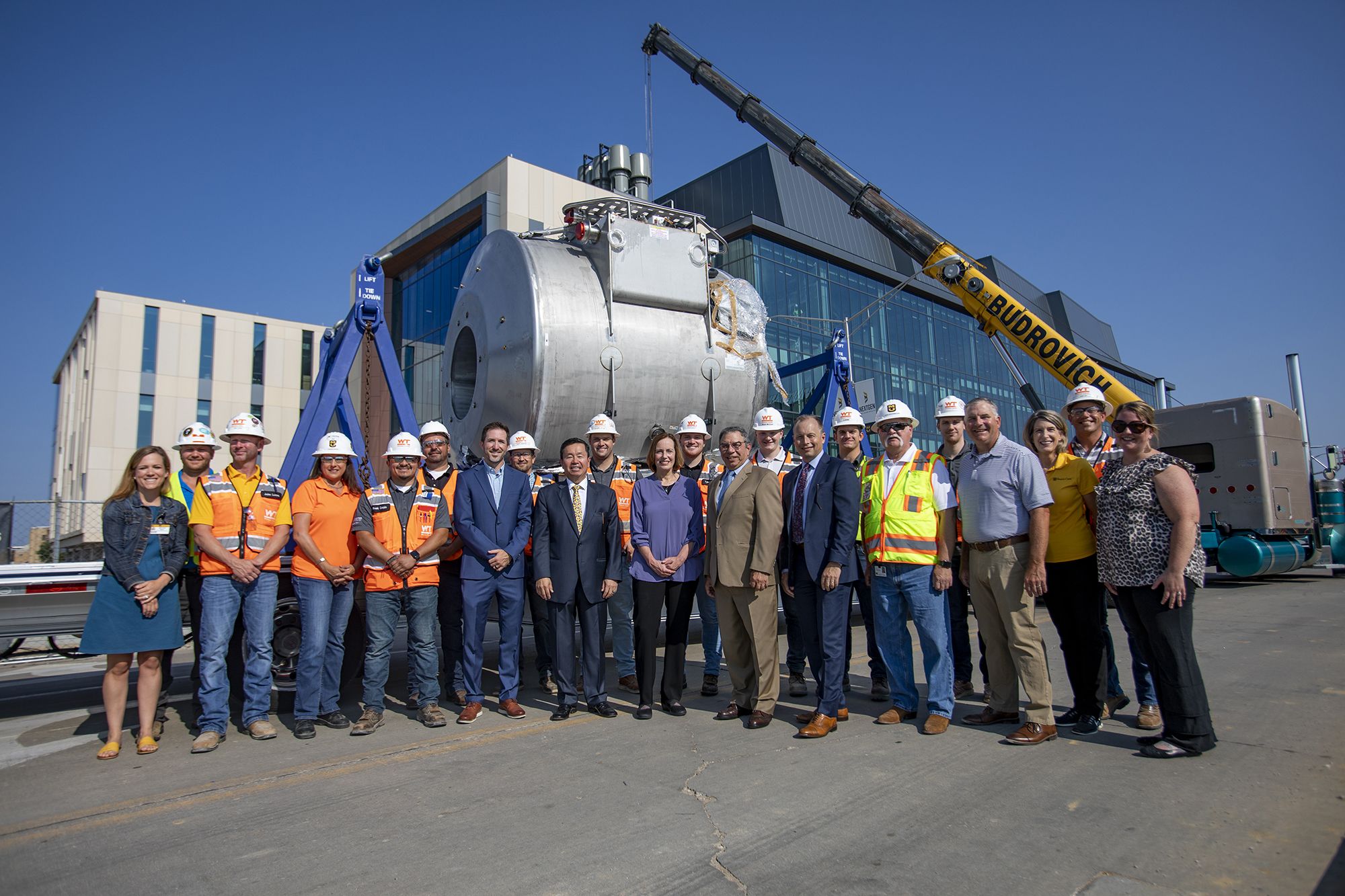 Project leaders from the University of Missouri, MU Health Care, Siemens Healthineers and Whiting-Turner celebrate the arrival of the 7T MRI, the first of its kind in Missouri. The 7T MRI offers more than twice the strength of a conventional scanner, allowing researchers to see in greater detail the structures associated with neurological diseases such as Alzheimer’s and conditions affecting muscles and joints. 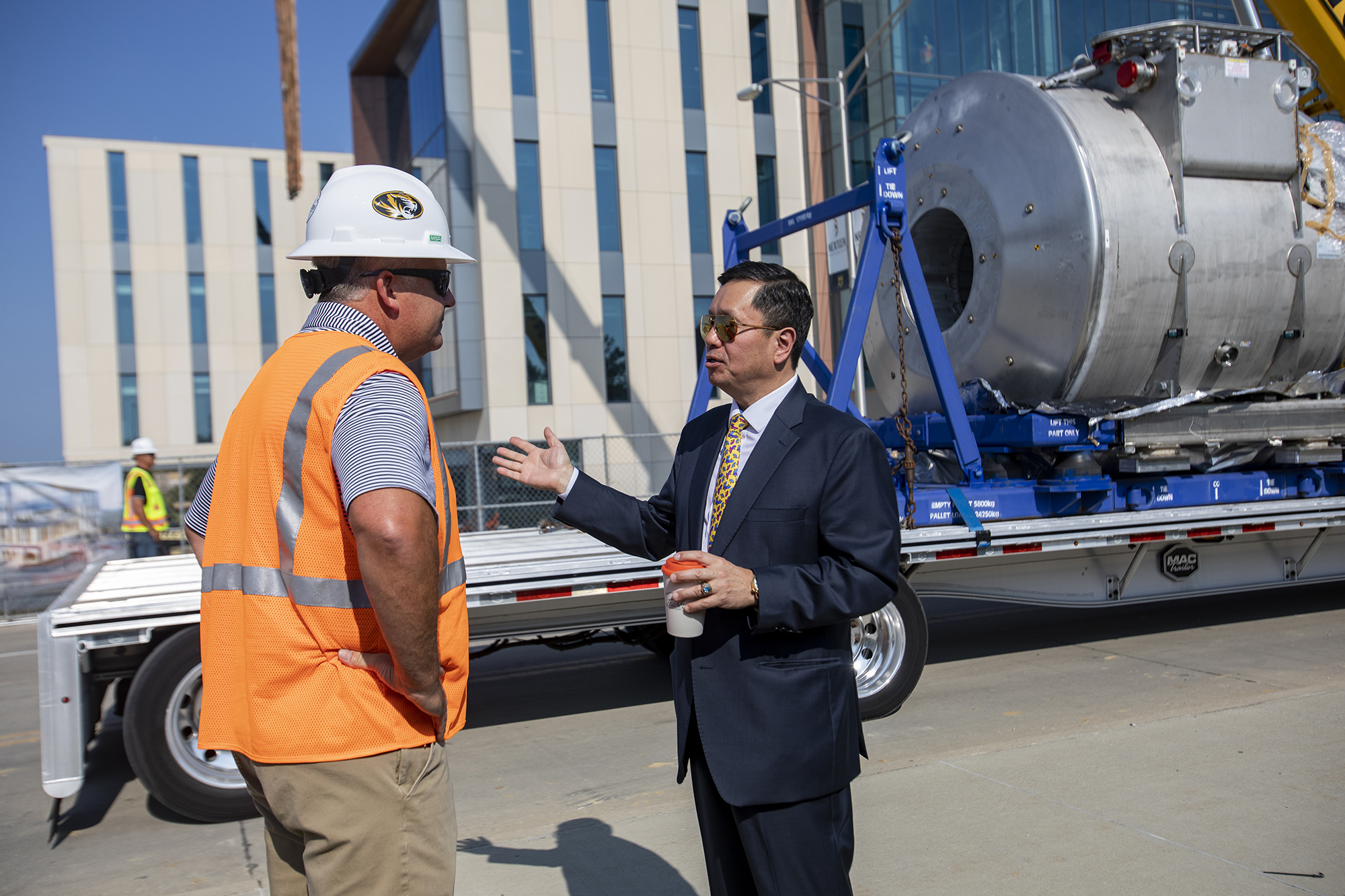 (Left to right) Thomas Spencer, MU interim vice chancellor for research and economic development and scientific director for NextGen, and Mun Choi, president of the University of Missouri, were on hand to mark the occasion. The NextGen Precision Health building will be a world-class, 265,000 square-foot multidisciplinary research facility. 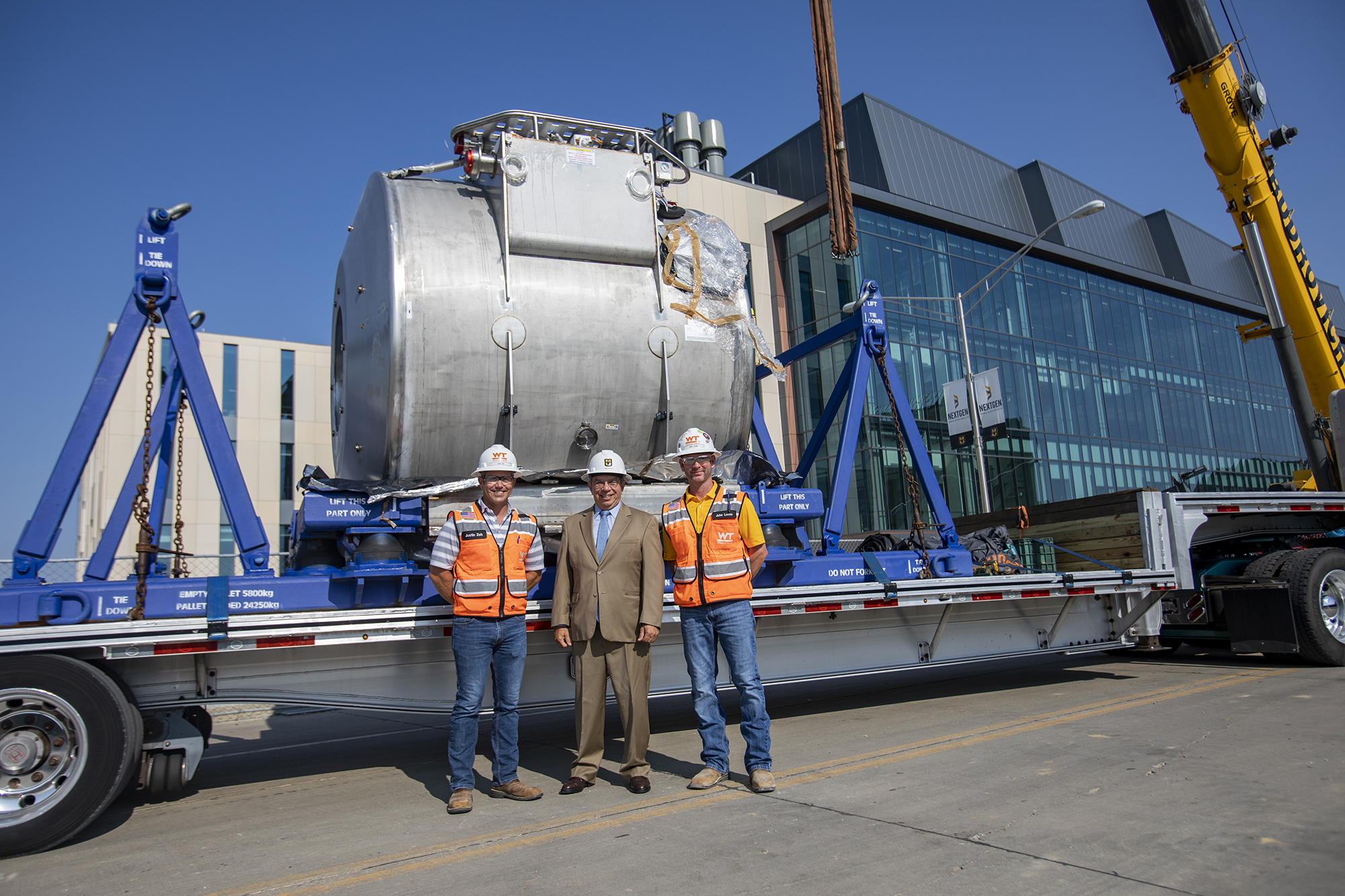 Richard Barohn (center), executive vice chancellor for health affairs at the University of Missouri and executive director of NextGen Precision Health, said the 7T MRI and imaging suite will allow for more advanced research and treatments. “This [imaging] suite will be available to both clinical and research patients, creating a rich collaborative environment where new research discoveries can be translated to health care improvement faster than ever before,” Barohn said. He was joined in front of the 7T MRI by Justin Zeh (left) and John Lucas (right) from Whiting-Turner, the construction manager for NextGen. 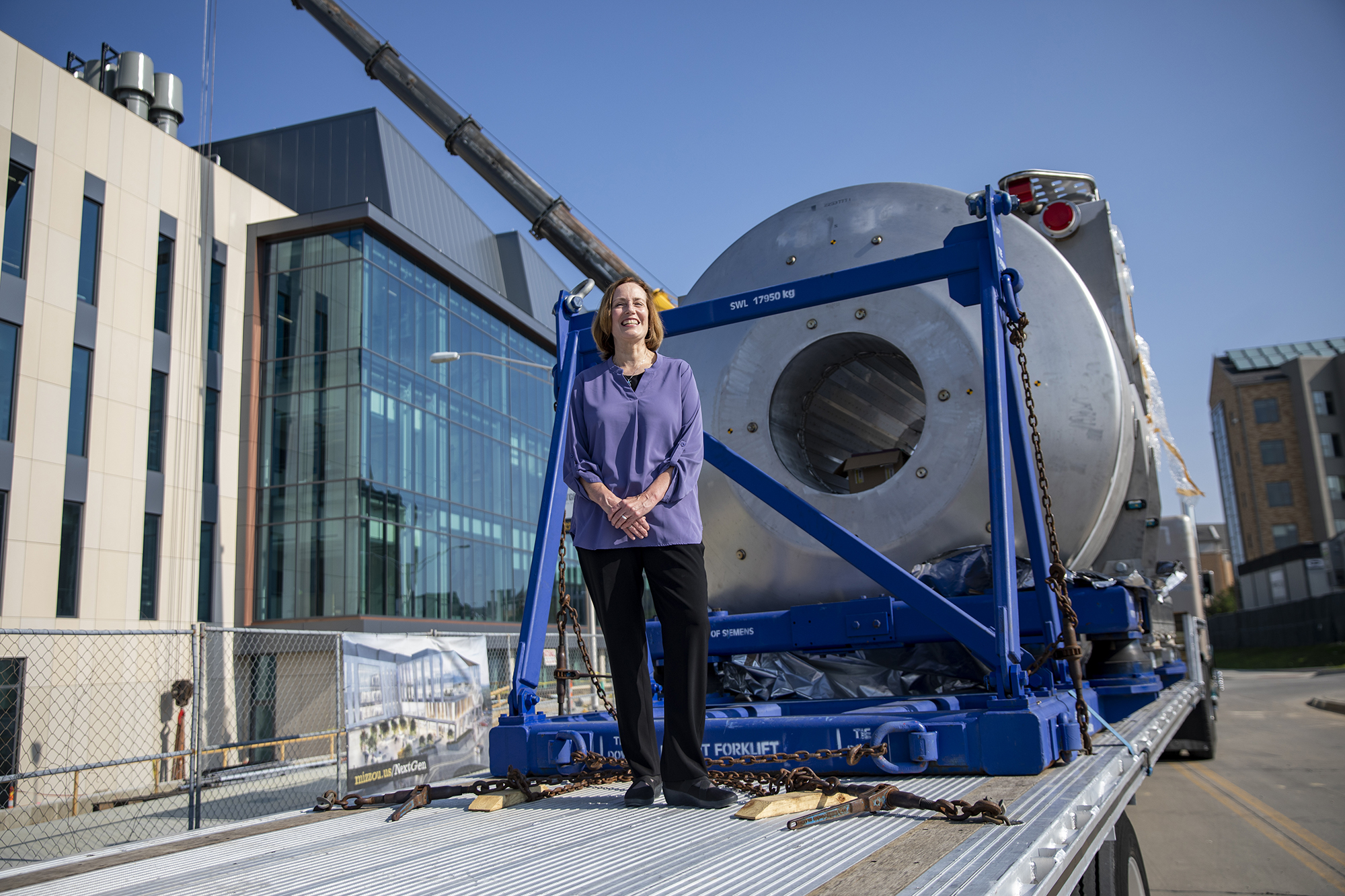 Talissa Altes, chair of the MU School of Medicine’s Department of Radiology, reviewed the 7T MRI before its installation. “The 7T will generate higher-resolution images than other less-powerful devices and will allow our researchers and clinicians studying conditions like epilepsy, Parkinson’s, multiple sclerosis and Alzheimer’s to detect lesions and other abnormalities that are not visible on other MRI scans,” said Altes. “This level of detail will be extremely valuable to researching these diseases and helping our patients.” 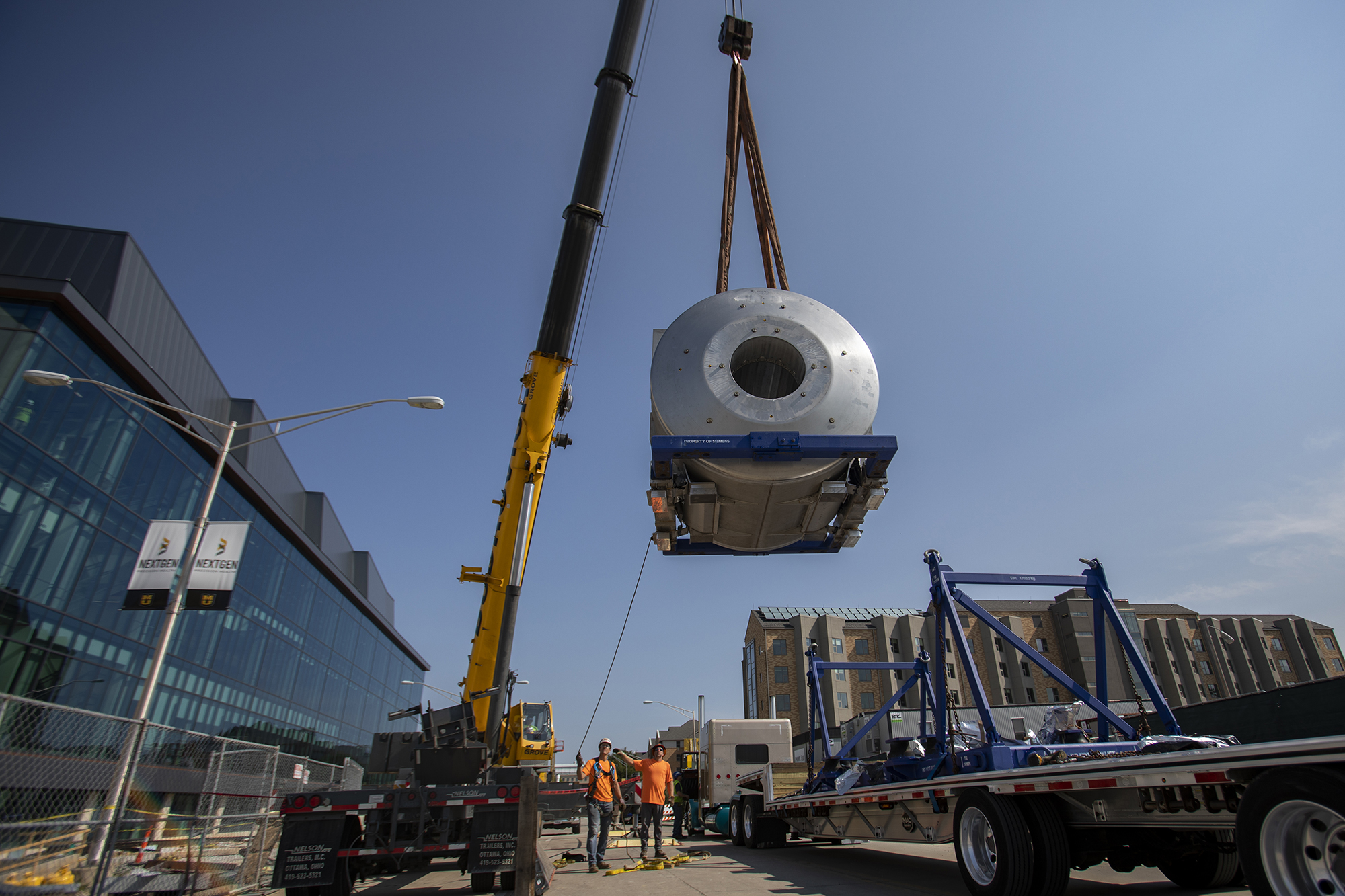 The 7T MRI was precisely maneuvered into its permanent location in a new imaging suite. The UM System’s bold NextGen initiative highlights the promise of personalized health care and the impact of large-scale interdisciplinary collaboration. The 7T MRI will be available to researchers from across the four System universities. 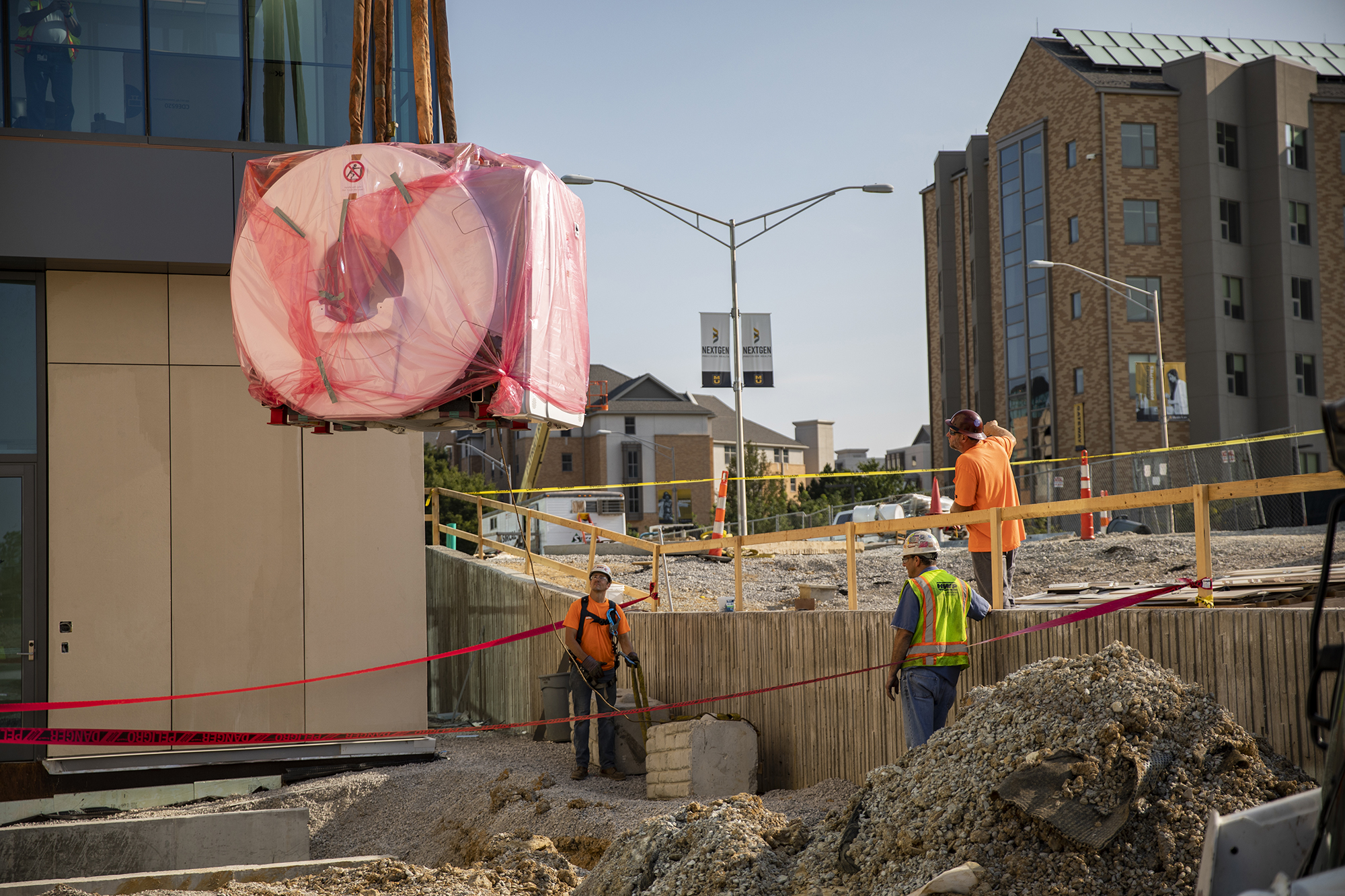 In addition to the 7T MRI, a new 3T MRI scanner was also delivered. The imaging suite will be available to Systemwide researchers and include other world-class equipment such as a new positron emission tomography and computed tomography (PET-CT) scanner. The suite is the only one in the state with its powerful combination of resources and a 7T MRI. 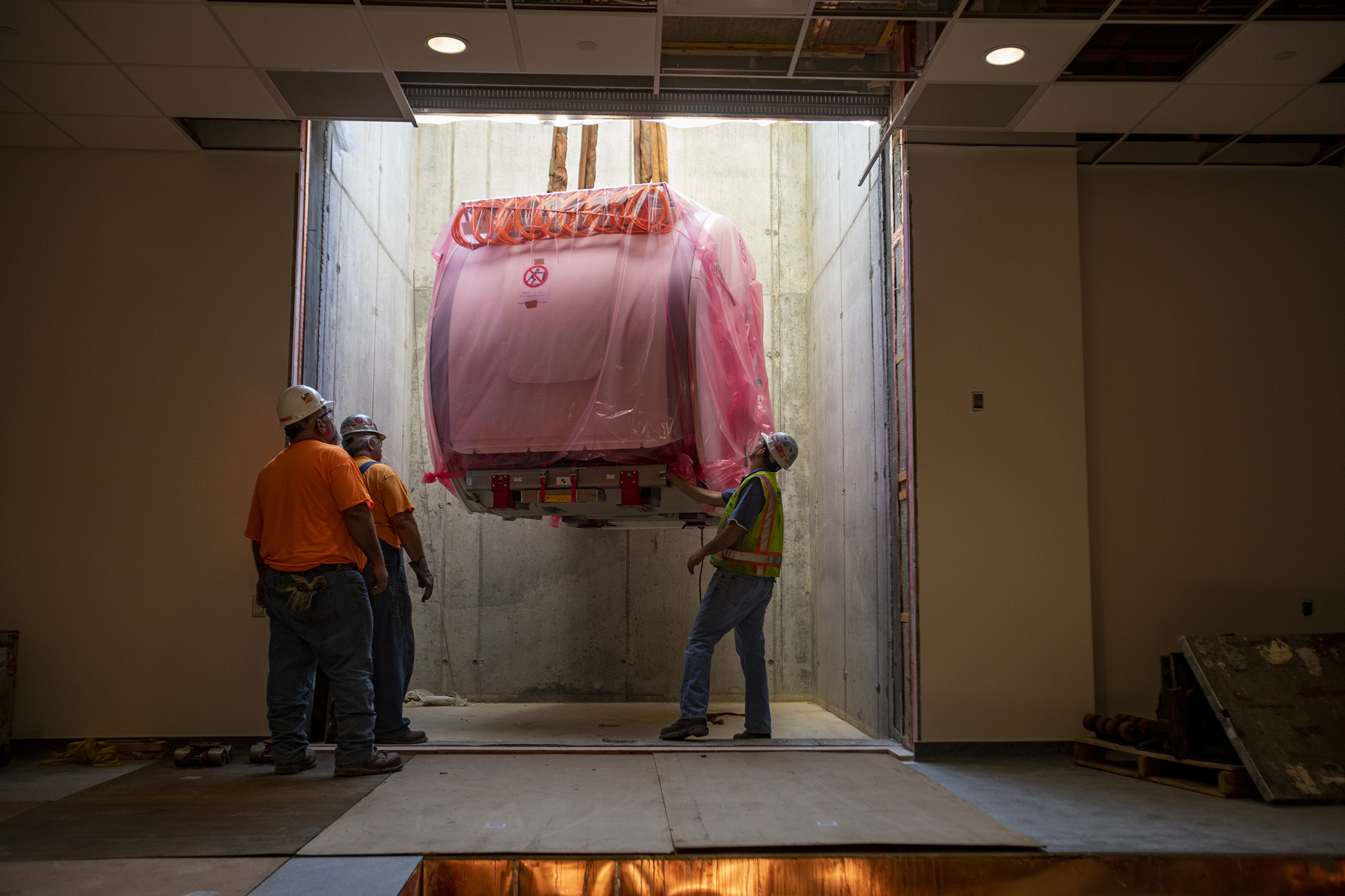 The 3T MRI is lowered into the NextGen Precision Health building. When open in October, the building will anchor the statewide NextGen initiative, which aims to unite government and industry leaders with innovators from across the System’s four research universities in pursuit of life-changing precision health advancements.

Visit the NextGen Precision Health site for more information about the people and resources contributing to precision health discoveries.