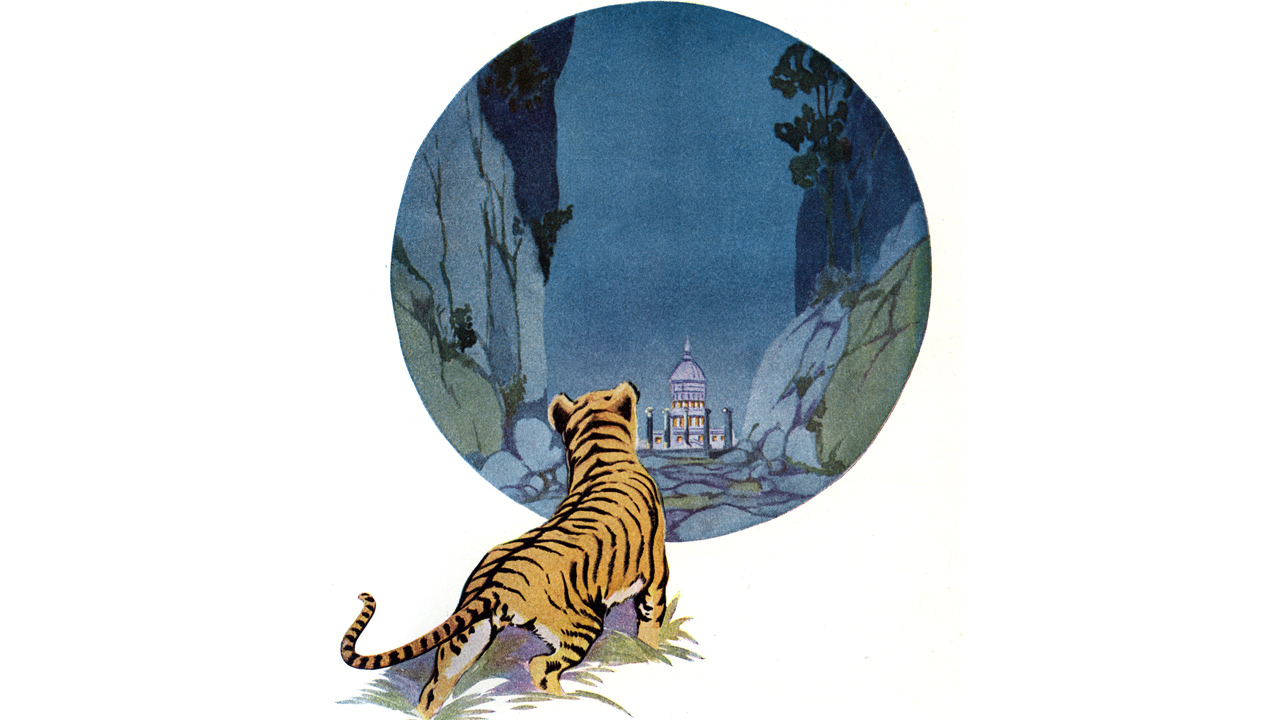 The 1920s wasn’t just the decade of jazz clubs and flappers looking like the bees knees in their glad rags. At Mizzou a century ago, now-beloved buildings went up, faculty research accelerated and enrollment took flight faster than Amelia Earhart. Students crammed in ever more science-based knowledge before letting loose with giggle juice. In so many ways, the roaring ’20s was the big cat’s meow.

American troops returning from World War I found a nation at the crossroads of tradition and innovation. For the first time, a majority of Americans lived in cities rather than on farms. Farmers sought science and technology to help them work more efficiently, and more and more people traveled roads, cow paths and railroad beds by automobile. Innovation profoundly altered higher education as well, not just in the populous East but also in the heart of the country.

“It’s really this crucible of the war that demonstrates to everyone across the world that the 20th century is going to be a century of science,” says campus historian David Lineberry, BA ’88. “And it’s going to be a century in which universities with research connections are increasingly devoted to producing goods and services for the people in the region it serves.”

As demand for scientists grew, universities expanded their offerings, research findings proliferated and professional societies grew, leading to specialization in almost every academic discipline. At the same time, enrollment in secondary schools rose dramatically, with an increasing number of graduates going on to college. “There is this pervasive sense of modernity and this infectious sense of hope and this ill-defined expectation for something more,” Lineberry says. “And man, if you’re 20 years old, that’s going to be a blast.”

College enrollment increased most at schools where research informed teaching, Lineberry says. “Institutions that had a large physical presence, that had the budget and that had the beginnings of a research-to-instruction connection — those were the ones that exploded. And that’s MU’s story.”

During the 1920s, the University of Missouri saw remarkable growth, not only in enrollment but also in facilities, student programs, academic departments, professional schools and athletics. Here’s a look at what some Mizzou students, faculty and alumni were up to during the Roaring ’20s. 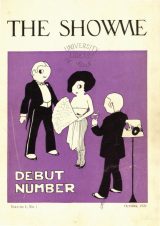 • Amid a nationwide college enrollment increase, Mizzou’s student body increases 14% over the previous year, with a total of 2,916 students consisting of 1,982 men and 934 women. 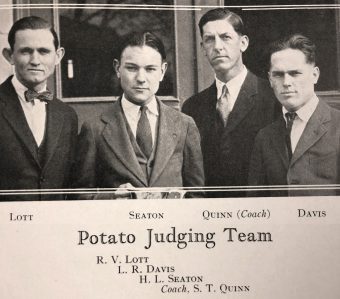 • Sociology Professor A.F. Kuhlman shows that mandatory school attendance laws help fight juvenile delinquency. P Harlow Shapley, BA 1910, MA 1911, proves by calculations that the sun is not the center of the Milky Way Galaxy but is some 50,000 light-years off the center. Called the “dean of American astronomers” by The New York Times, Shapley goes on to direct the Harvard College Observatory. 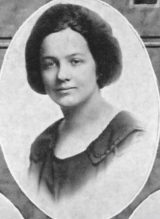 • The Clover and Prosperity extension demonstration program begins in response to soil erosion problems in Missouri: More than 80% of the cultivated land in the state has topsoil loss. The program evolves into annual conferences in 96 counties and eventually becomes known as the Soils and Crops Conference, reaching more than 28,000 farmers by 1950.

• The “farthest away” alumni group, founded in 1920 by 18 of Mizzou’s sons and daughters living in Asia, meets at the Imperial Hotel in Tokyo, reports the alumni magazine. 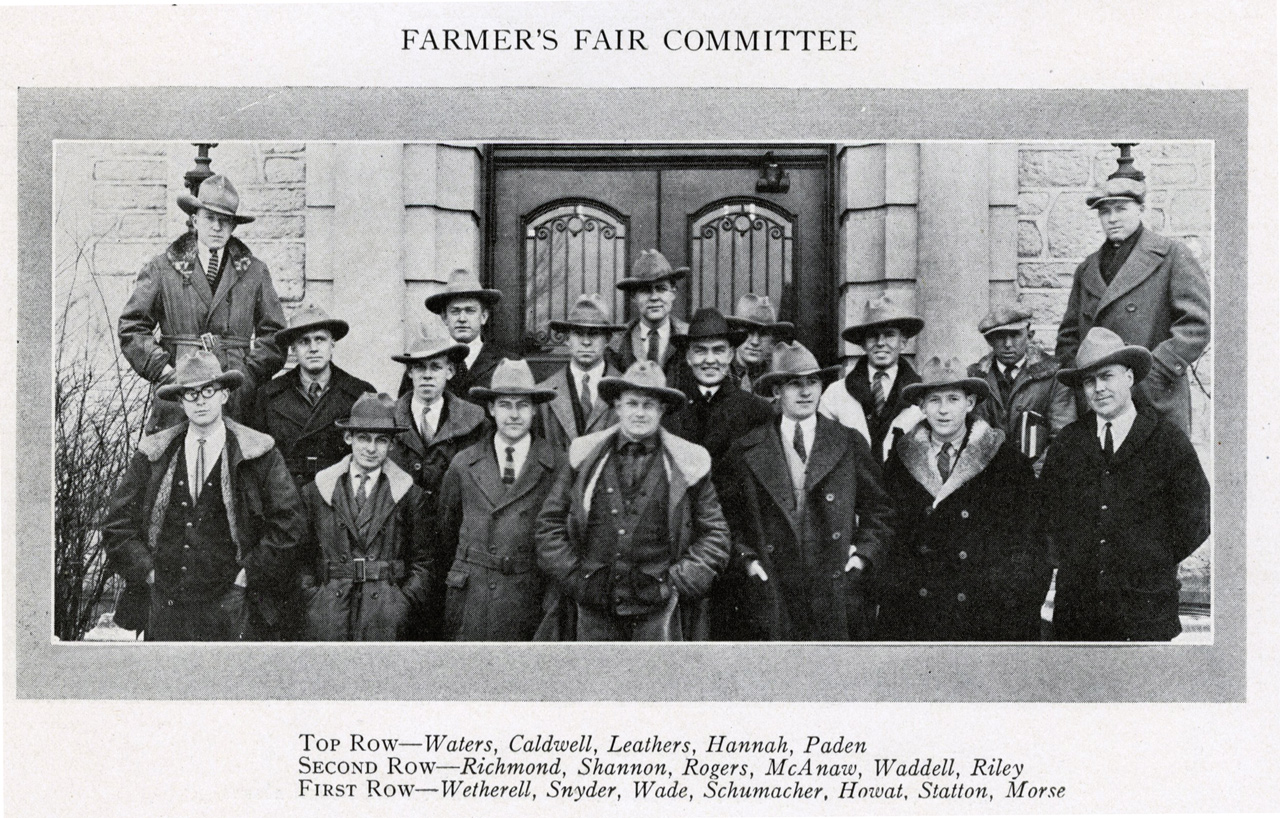 • Attendance at Farmer’s Fair — where agriculture faculty describe their latest research; farmers offer feedback; and ag students host a parade and a lineup of stunts, contests and attractions — surpasses 10,000.

• Homer Croy, Arts 1907, is disclosed as the author of the anonymous bestselling novel West of the Water Tower. Croy goes on to write several popular biographies, including books on outlaw Jesse James and humorist Will Rogers, for whom Croy wrote more films than any other and with whom he shared Thanksgiving dinner. 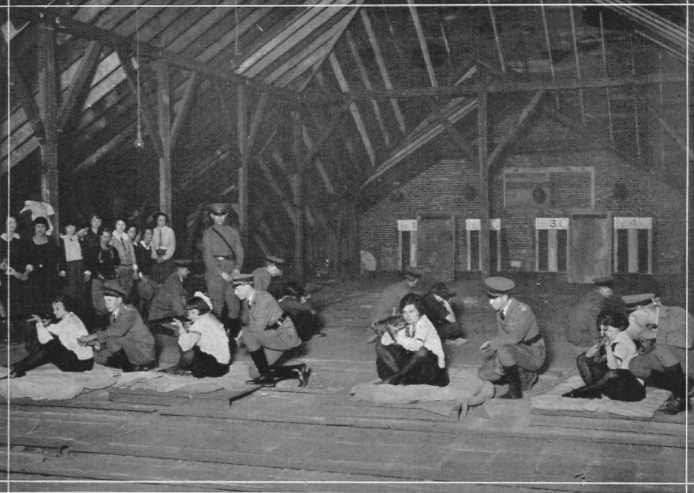 • The Girl’s Rifle Team, one of the first organized in the U.S., goes undefeated.

• Athletic Director Chester Brewer preaches football over fraternizing, saying: “We need a fighting spirit at the games. This can best be effected when there are no dates, and both men and women are free to give all possible aid to the team and the spirit of the institution.” Women are asked to sit in a special section of the bleachers.

• In Mizzou’s first bowl game, the Christmas Festival, the Tigers lose to USC, 20–7.

• Thomas T. Railey, Arts 1907, who works in the legal department of the Missouri Pacific Railway Co., writes lyrics for a new alma mater song: “Dear Alma Mater / Ev’ry son and daughter / With one accord to thee / Turns with pride, old Varsity / Missouri, great and grand / Loyalty and helping hand / We pledge anew to you.”

• M.M. Ellis, associate professor of physiology in the School of Medicine, discovers how to artificially propagate mussels, ensuring a steady supply of raw material for buttons, knife handles and other ornamental articles. 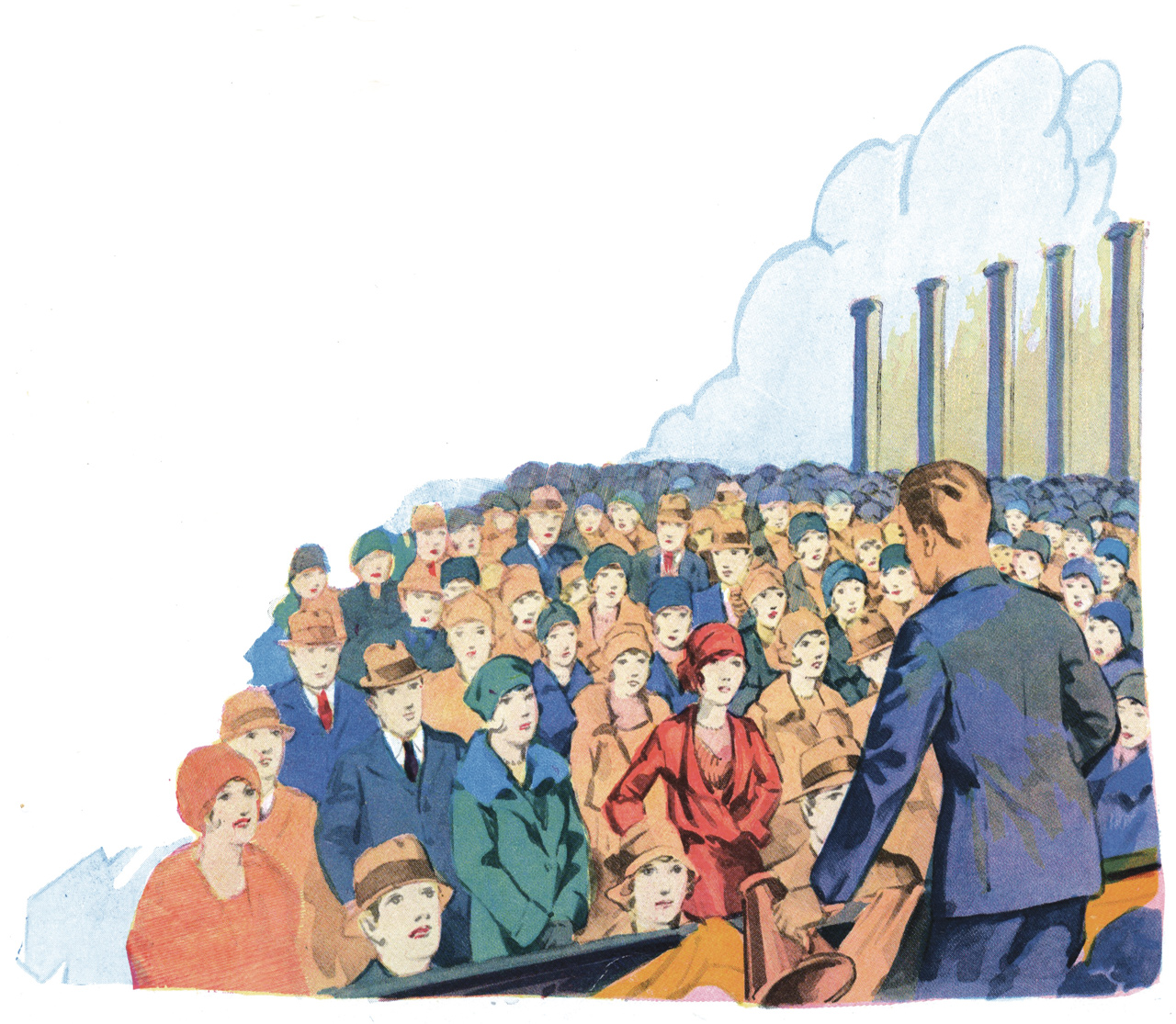 • An influenza epidemic forces the early dismissal of school.

• Tennessee Williams, Arts ’31, arrives at Mizzou from St. Louis as Thomas Lanier. He goes on to become one of the foremost dramatic playwrights of the 20th century, his body of work featuring at least 26 characters, locations and situations from Mizzou and Columbia. 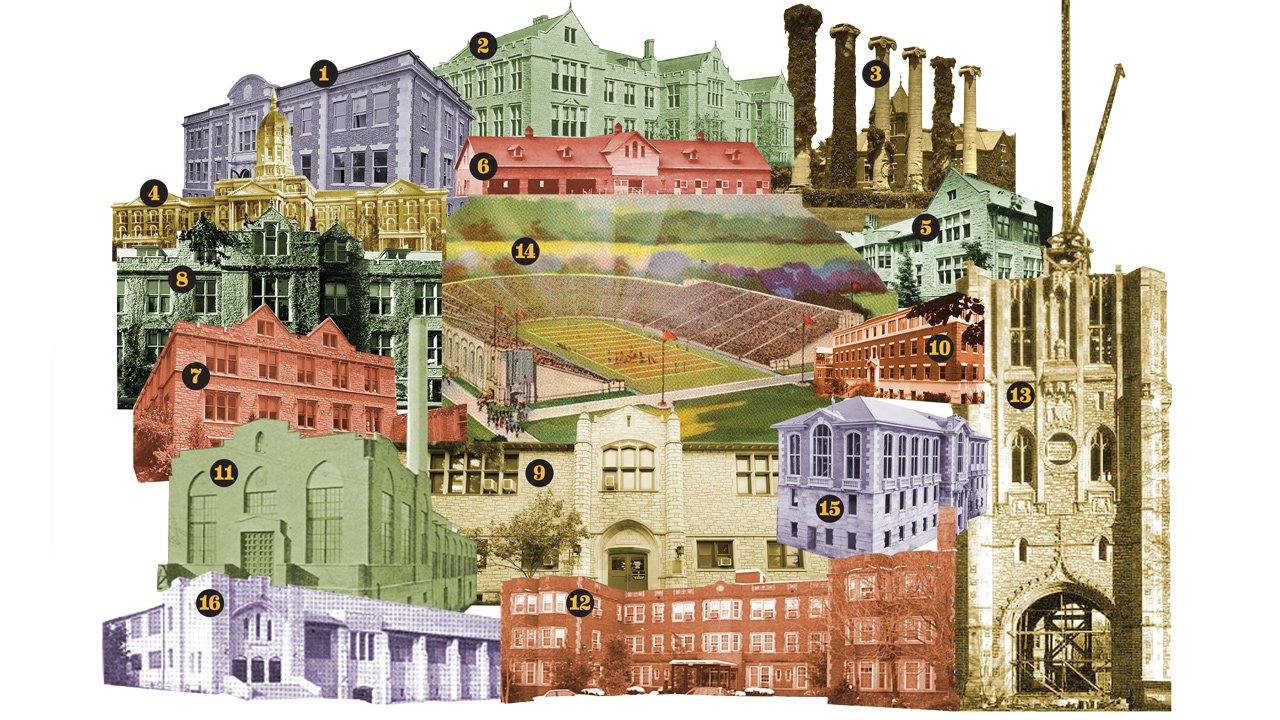 In the decade following the Great War, demand swells to apply science to industry. “So, you have a need for new facilities,” says campus historian David Lineberry, BA ’88. “These buildings — they kind of spring up as the physical embodiment of the need for more science in everything and the ability to teach more students about science.” 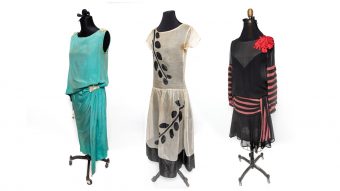 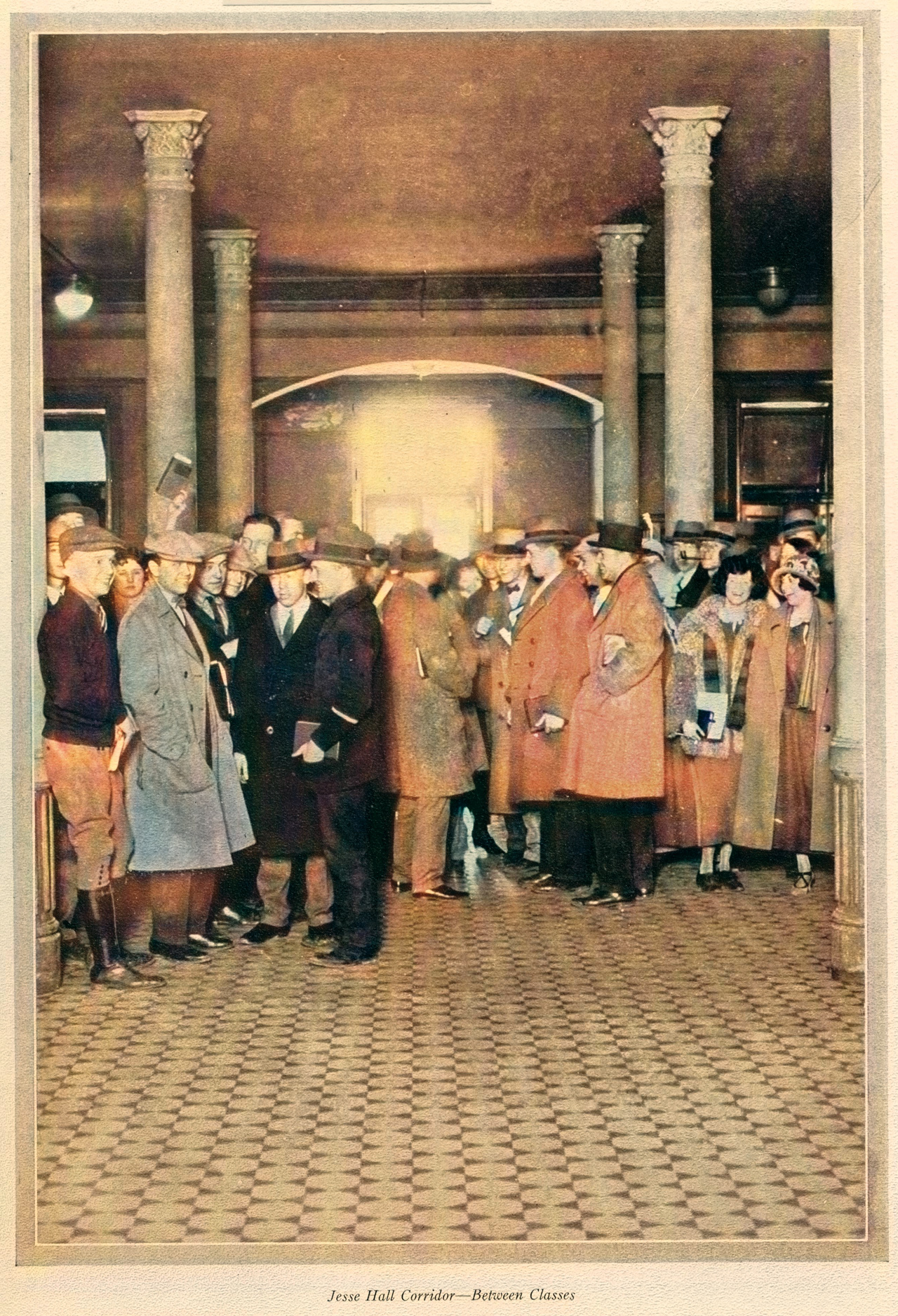 "Button up your overcoat when the wind is free … " Students gather in Jesse Hall’s lobby between classes in 1924. Savitar photo 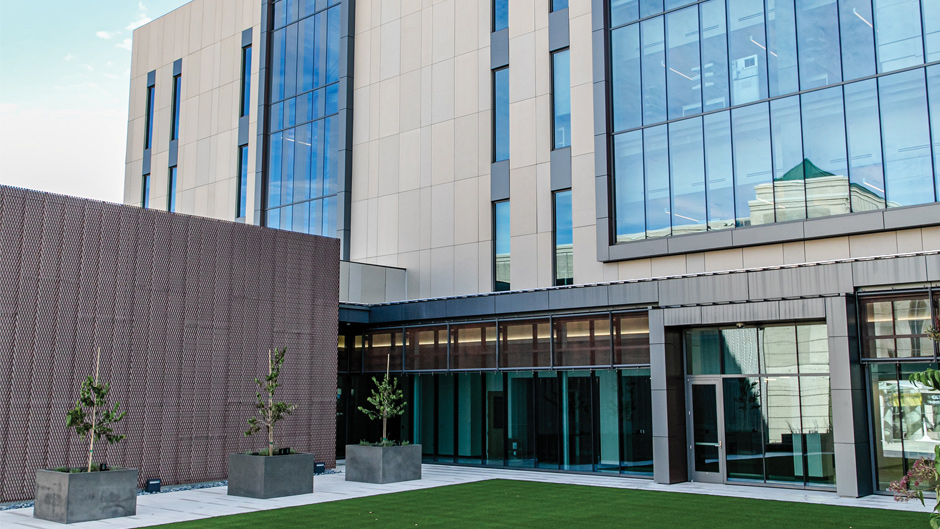 To find the right cure