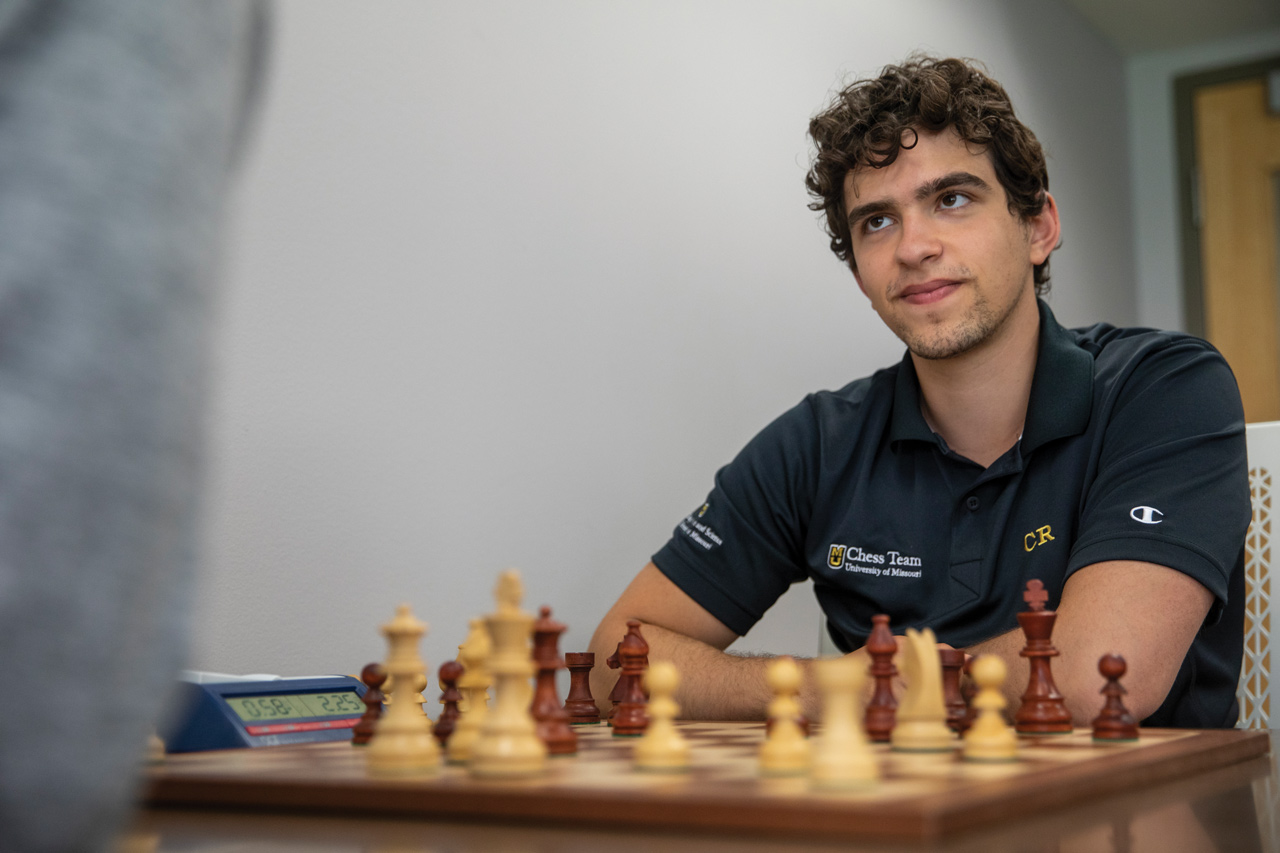 A business student at MU, chess grandmaster Christopher Repka is a force to be reckoned with at national and international events. In March, he helped the Tigers win the World University Online Chess Championship. Photo by Michael Cali.

As a child in Slovakia, Christopher Repka was fascinated with a picture book about tornadoes that his grandmother gave him. He dreamed he would one day experience a twister up close.

More than a decade later, in 2019, Repka received a Facebook message from a stranger named Cristian Chirila: Would he accept a chess scholarship to play on the new team Chirila was coaching at the University of Missouri? Repka, who was enjoying a comfortable life traveling the world as a chess grandmaster, initially planned to say no. But the more he thought about it, the more intrigued he became about the chance to get an American college education.

And there was one more thing.

“When I realized Missouri was in the tornado alley, that was a big factor that contributed to me coming here,” Repka says with a laugh.

Mizzou is one of only six American universities that sponsor chess as a scholarship activity. Chirila previously was the grandmaster-in-residence at the Saint Louis Chess Club, which is supported by billionaire chess enthusiast Rex Sinquefield. The club helped start a team at Saint Louis University (SLU) in 2016 and did the same at Mizzou in 2019, partnering with MU’s College of Arts and Science to fund the program for men and women.

“The system is different than, say, football, where you play collegiately and then go professional,” Chirila says. “These players are already professional.”

The players sharpen their skills three or four times a week at practices in Respect Hall dormitory. In March, the Tigers won the World University Online Chess Championship in the blitz division, a blazingly fast version of the game in which players are allotted only five minutes total to make all their moves.

Repka scored the decisive victory as Mizzou beat SLU for the title. Repka says he was always capable of “flashy moments” but that training under Chirila and practicing against other grandmasters improved his fundamentals. He’s also enjoying his studies in business administration.

He calls coming to Mizzou the best decision of his life, though he hasn’t fulfilled all his dreams.