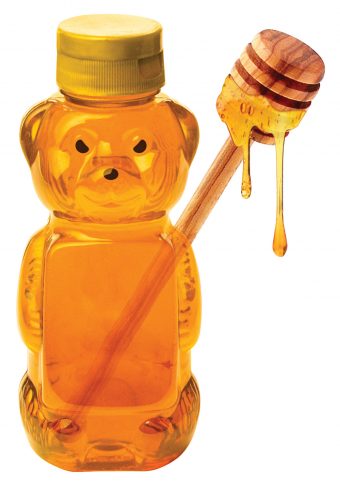 Startled attendees drifted into the World Beekeeping Awards, where judges had disqualified almost half the entries for the world’s best honey. The awards can mean big bucks amid rising honey snobbery — a cool $100 buys 20 ounces of Tupelo Honey Gold Reserve. But judges flagged 42% of the entries with index cards: “This exhibit failed laboratory testing and cannot further be judged.”

Mizzou scientists had splashed into the sticky morass that is hacked honey.

Sophisticated MU gear screened the 215 entries for the annual contest in tests supervised by Michael Greenlief, associate professor of chemistry, and Jim Gawenis, owner of Sweetwater Science Labs. The 2019 Apimondia International Apicultural Congress in Montreal hosted about 5,500 attendees who discussed honey, beekeeping and the new screening designed to fight cheating. It seems that the demand for pure varietals, which helped push last year’s global honey sales to about $8 billion, is encouraging fraud.

The MU partnership uses mass spectrometry and nuclear magnetic resonance spectroscopy to test the sweet stuff for unwanted residues, such as pesticides, and for impurities, such as syrups, foreign honey and other cheap additives. The MU gear can detect where the bees found their pollen and even if they flitted about desired flowers, such as from swampy tupelo trees, New York buckwheat or Argentine clover.

Yes, we love honey and admire honeybees, those hard workers that gather nectar and magically turn it into sweet stuff for our toast.

Now it’s time to spread the love, says MU’s Damon Hall. Hundreds of other bee species busy themselves across North America, getting little credit for filling the continent with flowers and food. They instead face habitat loss and pesticides that threaten their existence.

But there’s reason for hope, says Hall, an assistant professor in the College of Agriculture, Food and Natural Resources.

“People now like bees,” he wrote in a recent research paper.

Reports of failing honeybee hives have stirred public sympathy for the pollinators that enable flowers and crops to flourish. And that’s despite the scare of yesterday’s “killer bees” and today’s “murder hornets.”

Today’s buzz about bees could be harnessed to adjust farm practices and land use for the benefit of native pollinators, Hall says in the paper published in Current Opinion in Insect Science.

“We are the problem,” Hall says. “Bees do what they do, but we’ve changed the land and how it is used.”

Honeybees tend to grab the spotlight, partly because they’re the only ones that make honey. But they’re a cultivated European import that scientists deride as being as different from wild bees as chickens from eagles. Unfortunately, we don’t know much about domestic bees because we don’t study creepy crawlies enough, says Hall, noting that he himself isn’t an entomologist or biologist. He researches how humans interact with natural resources — in this case, pollinators.

Instead of bees and insects, public interest has focused more on threatened wildlife, Hall says. But it’s native bees that pollinate the fruits and berries that feed those bigger beasts; we’d be smart to give more attention to the six-legged little ones. “If you care about wildlife and birds,” Hall says, “you should care about bees.”