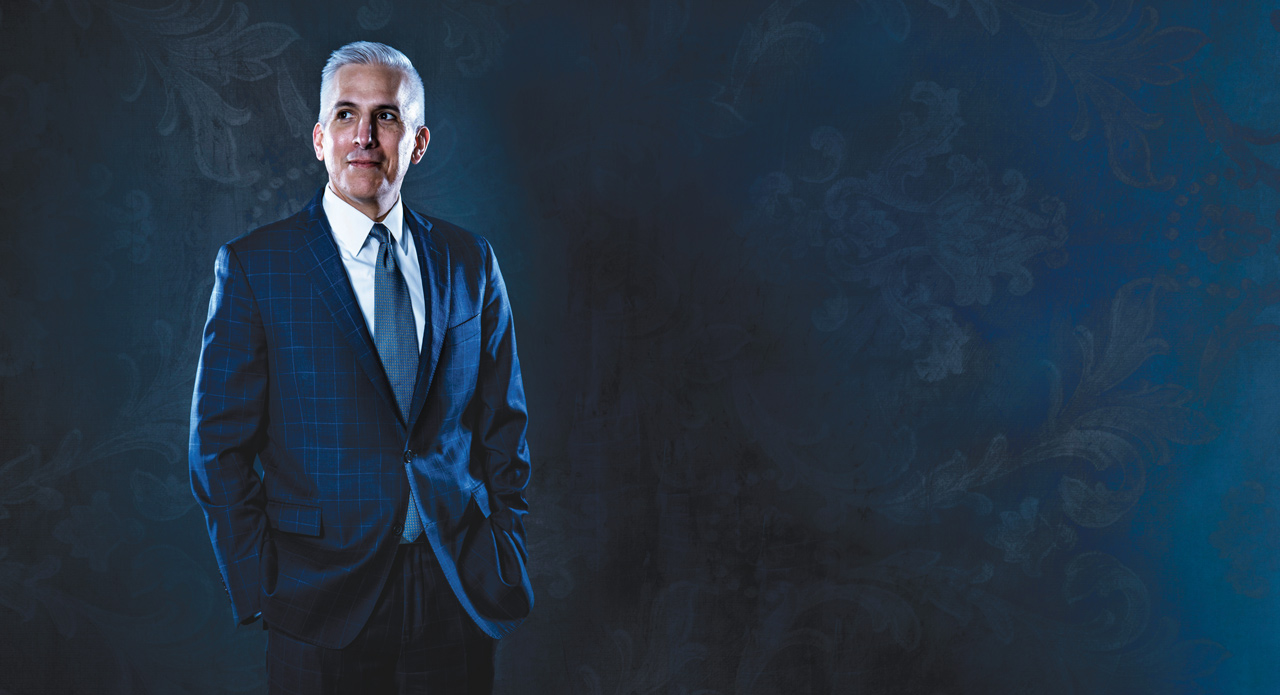 As an emergency room physician and health care administrator, Alexander Garza has fixed everything from broken bones to broken health care systems during his 25-year career. Recently returned from Kuwait, where he was deployed in the Army Reserves, he has resumed his role as leader of the St. Louis Metropolitan Pandemic Task Force and his work as chief community health officer for SSM Health. He is the winner of a 2021 Faculty-Alumni award from the Mizzou Alumni Association.

Through his many live-streamed COVID-19 updates, Garza, MD ’96, has become a trusted source of information for viewers throughout eastern Missouri. “I always tell our team that half our battle is taking care of the patients themselves; the other half is taking care of communications and dealing with misinformation,” says Garza, who also has a master’s degree in public health.

Although the COVID pandemic is the largest disaster Garza has confronted, it’s far from his first. After President Obama appointed him as the assistant secretary and chief medical officer of the U.S. Department of Homeland Security, he led the department’s response to the H1N1 flu pandemic, the 2010 Haiti earthquake and the Fukushima Daiichi nuclear disaster. But it was his experience in Iraq that made the greatest impression on him. In 2003 and 2004, he worked with Iraqi doctors to rebuild their health care system from the rubble of war and years of dictatorship. “Even with all the experiences I’ve had, it comes down to human-to-human interaction that’s the most rewarding and that has taught me the most,” he says.