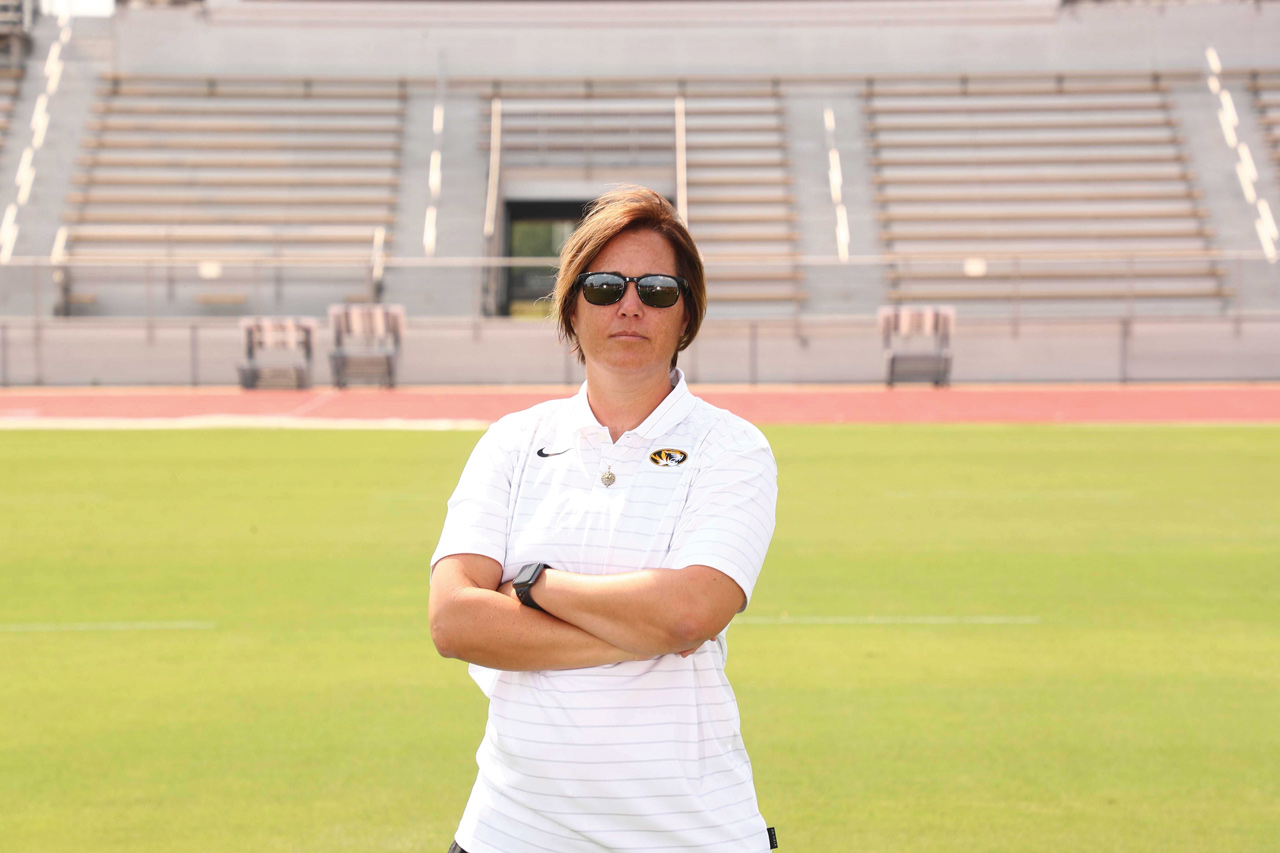 New Missouri soccer Coach Stefanie Golan thought she had her career mapped out. After graduating with a degree in political science from Duke University, where she was a defender on the soccer team, she planned to go to law school and become an FBI or CIA agent. But her coaches at Duke were convinced she had a bright future in coaching. So, after graduating in 2001, she delayed law school to give coaching a try as a graduate assistant while studying business administration.

“About three months in, I was sitting in a class, looking at the board, and there were six equations up there,” Golan says. “I looked down at my paper, and there were notes about 10 recruits I needed to call. I thought, ‘Well, this is telling me something.’ ”

Soccer was a subject she had studied her whole life. Black-and-white family photos show her kicking a ball as a toddler in saddle shoes. Her father, Gene Kraay, was a standout goalkeeper at the Air Force Academy, and he coached her through her early years of club soccer in St. Charles, Missouri.

Golan got her first job as a head coach at West Point in 2009. In three years, she led the Black Knights to a 33–18–10 record and an NCAA Tournament appearance. Then she moved on to Minnesota and guided the Gophers to a 92–64–24 mark with four NCAA Tournament bids in nine seasons.

Missouri’s job came open in April when Bryan Blitz, the only coach in program history, retired after 25 seasons. Golan was interested. Having once imagined a life of international intrigue, she felt the pull of home and family.

“Having an opportunity to represent your home state at the highest level and trying to elevate the standing of that program on a national scale is really exciting,” Golan says. And, as a single mother of two boys, she loves Columbia’s family-friendly logistics. “The fact that I live 15 minutes from my office and that their schools are on my way to work — it allows me the opportunity to do both parts of my life at a high level.”