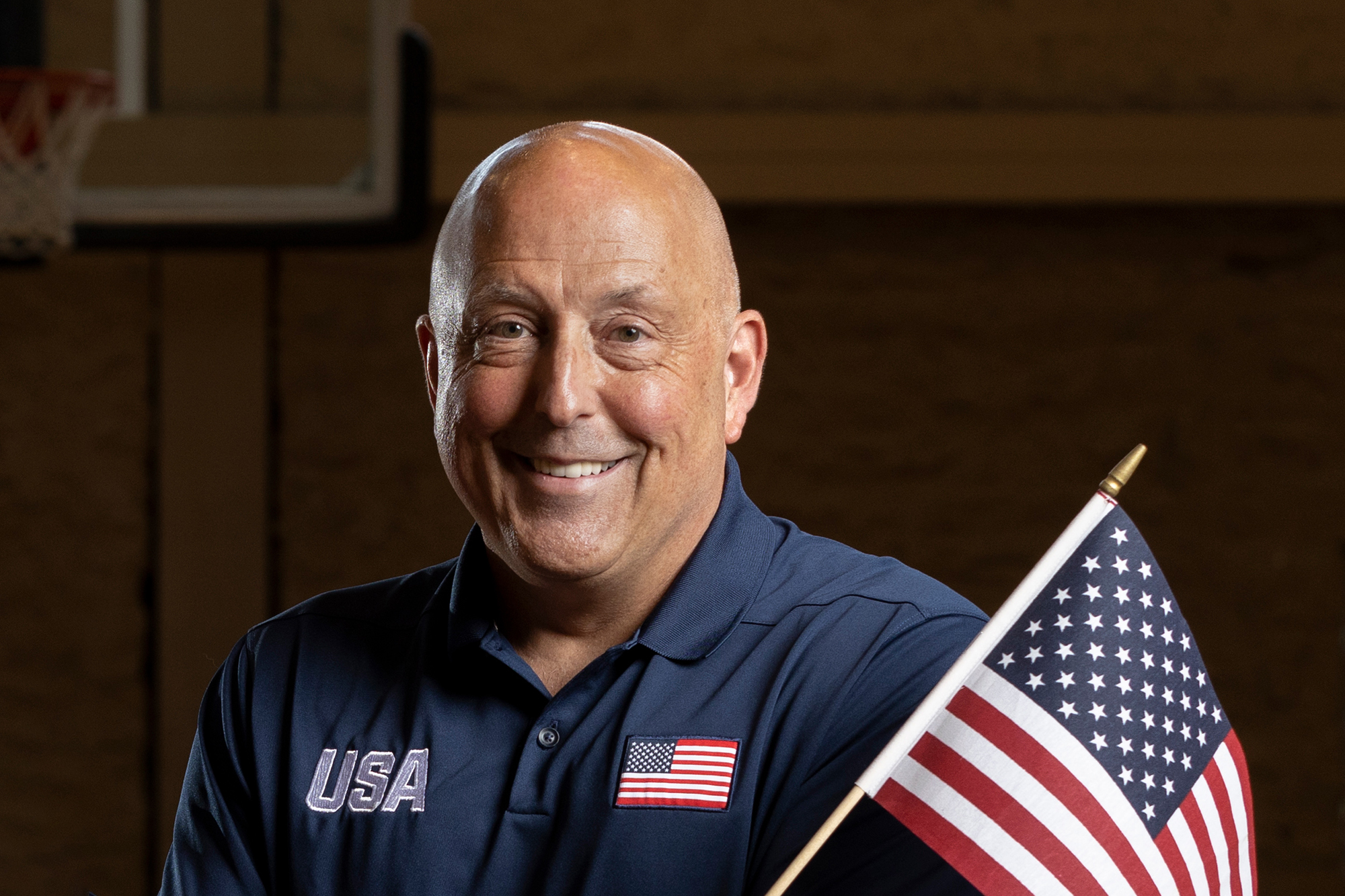 Ron Lykins doesn’t want the story to be about him. And for the most part, he’s succeeded. Despite holding the winningest international record in National Wheelchair Basketball Association history, many at Mizzou are unaware that a globally celebrated coach is in their own backyard.

Throughout a decades-long career, Lykins has coached three Paralympic gold medal teams (and one silver) for the United States and is the first to lead gold medal teams in both the men’s and women’s events. When not traveling the world for competitions, you can probably find Lykins in historic Brewer Fieldhouse shaping the next generation of exceptional student-athletes as head coach of Mizzou Wheelchair Basketball.

Lykins is currently in Tokyo and hoping to lead the U.S. Men’s team to another Paralympic gold medal. In a phone interview right before a final training camp, Lykins shared his memories from past Paralympics, his time at Mizzou and how a chance meeting in college changed his life forever.

What’s the secret to building a successful team?

It’s not about finding the best players; it’s about finding the right players. If it’s the All-Star team — everyone wants the ball. But who’s going to pass, dribble, set a pick? We’re trying to find the right guys who can do everything — what I call a generalist. No matter what the situation is, they can play.

How has the past year affected your training schedule?

The hardest part was last year when everything got shut down. At first, the games were going to be postponed for a little bit, then they were canceled and postponed until 2021. We couldn’t do anything as a team until almost January this year.

Our core group has been together since 2013. They’ve been through a lot and many were getting tired. In some ways, the pandemic helped our team because guys were able to get away from the game. Some guys got rest — injuries were able to heal, and they were mentally able to get away from the game. Now, this is a sprint like we’ve never had before. But we’re ready for it and training camps are good and getting better every session.

Do you have a favorite memory from past Paralympics?

The medal ceremony is always memorable. You see the guys get their medals, and then they play your anthem and you see your flag just a little higher than the others going up. After that, you never hear “The Star-Spangled Banner” the same way. I’ve been pretty fortunate to have it happen three times, and I can always go back to a memory of how I felt during the playing of the anthem. But, I think my favorite memories are of each team; the journey has always been greater than the actual competition.

How has your work at Mizzou influenced your work with the national team?

Working with the Mizzou team is a chance to keep practicing and getting better at what I do. I become a better teacher and can take what I learn to the next level to use with the national team. Mizzou allows me to be a better coach because I get more experience working with different players and I learn from them all the time. That helps me be a better coach at the national level — and then what I learn at the national level, I can bring back and use for the guys at Mizzou. It’s all connected — if I get better at one, I’ll be better at the other.

What kind of support have you received from the Mizzou community?

My Mizzou players have been very supportive. All of them want to make the national team — so they figure, with me learning from the best in the world, I can bring that to them and they become better and our team is more successful. My bosses at MizzouRec have also been very supportive. It’s a pride point for the university. There are only 12 collegiate wheelchair basketball programs in the world and Mizzou’s one of them. People in the community have also been gracious, so you can’t really ask for much more.

You’ve had a decorated career as a coach. What motivates you and how do you motivate your teams?

We don’t ever talk about winning a game. We talk about winning possessions. We want to stay in the moment and be mindful of where we’re at. To do that, we have to win the possession. What motivates our guys — they’re very competitive — is how well they play and how they can get to the next level. If you’re not ready to play your best, and play as hard as you can, you will get embarrassed on the floor. That’s how ruthless, cutthroat and competitive our guys are.

How has the sport developed since you started coaching?

It’s kind of unrecognizable now from when I first started. When we went to Barcelona [in 1992], we had to pay our own way over there — flight, uniform, fees — everything to participate in the games. Now you’re completely covered by the United States Olympic and Paralympic Committee. The support of that organization has taken the game to a whole new level. Kids are chomping at the bit to play, and that’s great. In Rio de Janeiro [2016], they had some live and same-day TV coverage, and there’s going to be even more in Tokyo. They also have started talking about the Paralympic Games during the Olympic opening ceremony — in the past, they never mentioned it even though it happened right after. The increased awareness of it, and for people to see it for the true athletic event it is, all that helps the movement too.