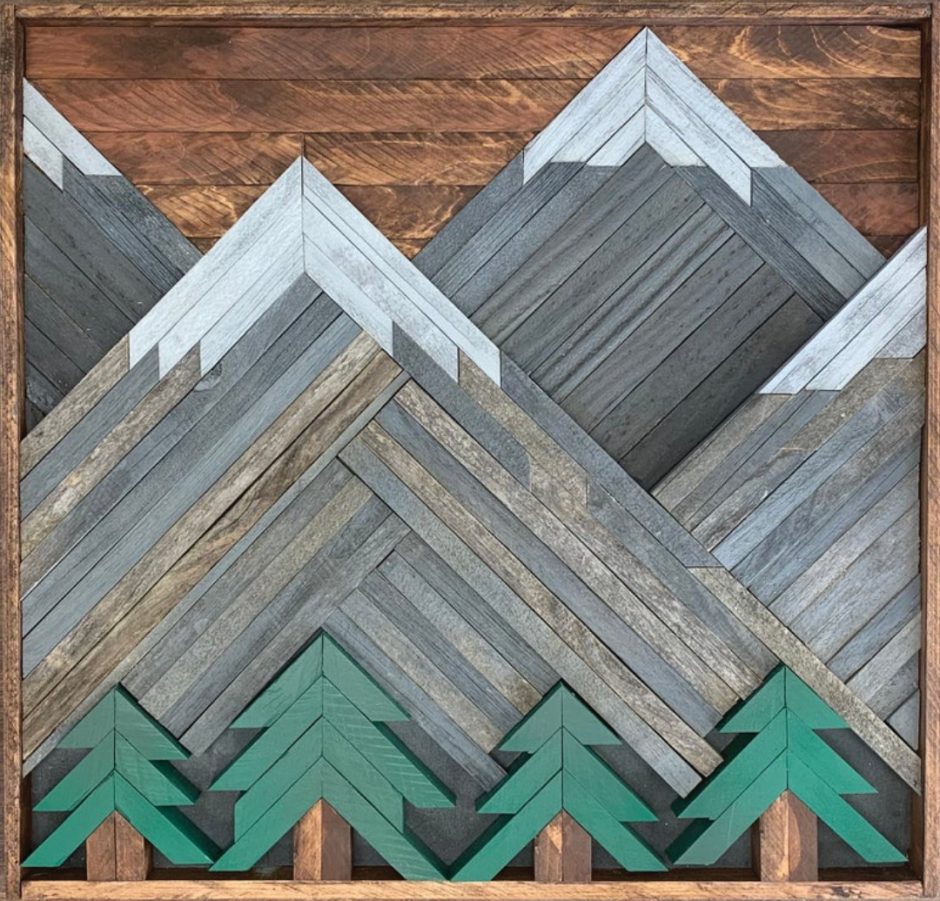 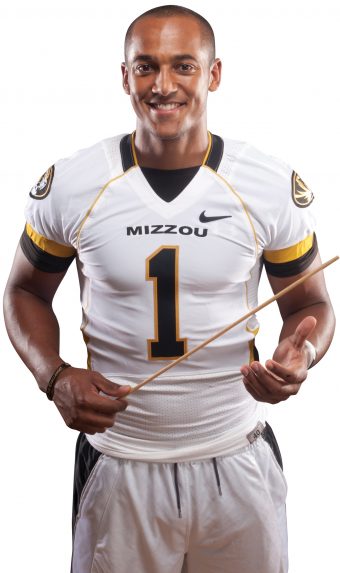 Former Mizzou quarterback James Franklin, BA ’13, has learned to create beauty from what he’s given. After not catching on in the NFL, he pieced together a steady six-year career in the Canadian Football League (CFL) before announcing his retirement last April. Without the megabucks contracts, he gradually taught himself how to remodel his own homes by watching YouTube tutorials. And when COVID shut down the 2020 CFL season, he decided to supplement landscaping gigs by turning his newfound woodworking skills and a pile of scrap wood into original works of mosaic art for sale on Etsy. FranklinMadeDesigns features a range of Franklin’s works, from mountainscapes to abstracts, but a majority of the early pieces are Mizzou-themed, geared to Tiger fans who wanted the story to go along with their art. “The support of Mizzou people made me what I am today,” Franklin says. “I started with Mizzou stuff because of my connections there, but I want to branch off, do houses, cars and even fine art.” Whether the new business is part of a viable retirement plan, Franklin can’t say for sure. But he’s confident he’ll put something together.