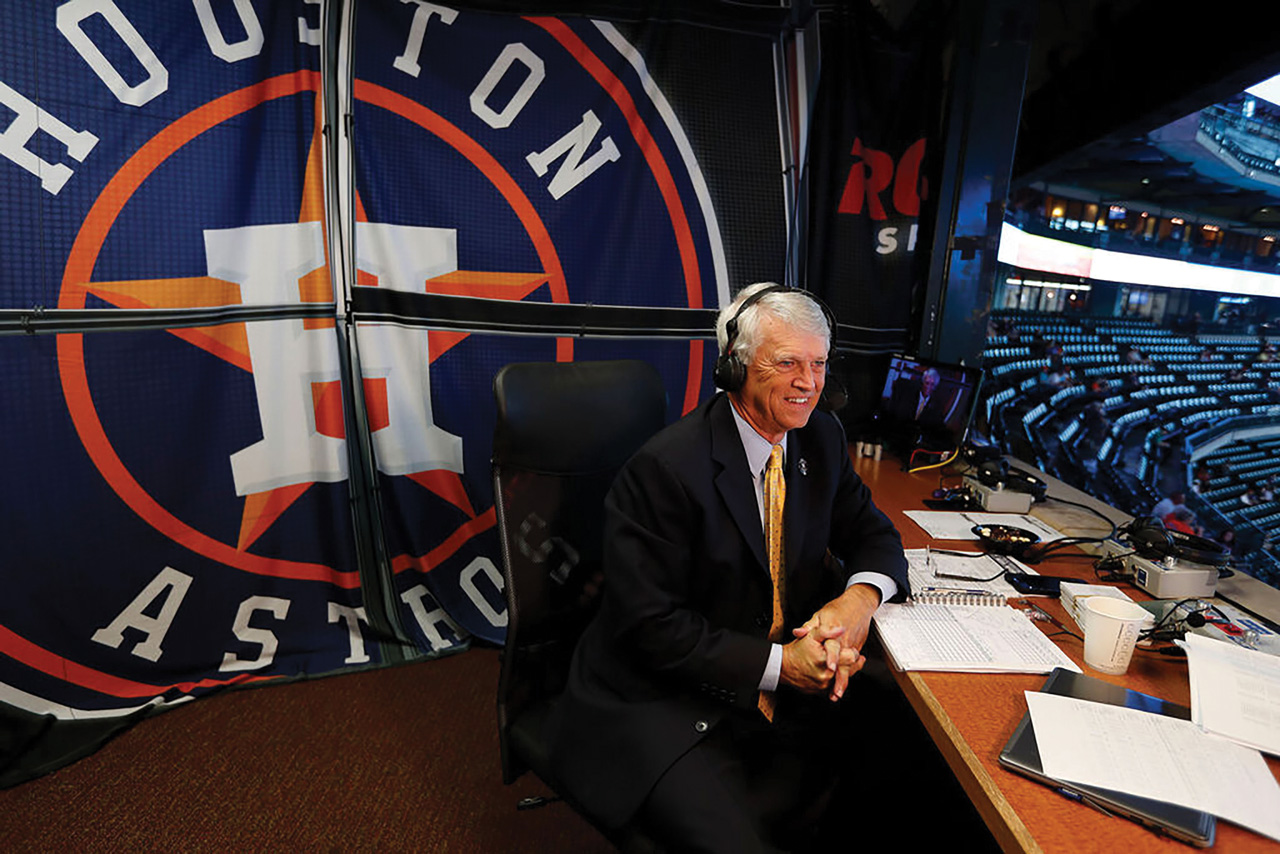 Award-winning sportscaster Bill Brown shares stories from some of the best in the business in his new book, Sportscasting 101. Photo by Karen Warren/©Houston Chronicle

As a boy in Sedalia, Missouri, Bill Brown, BJ ’69, would hide his transistor radio under his pillow at night with the volume turned low so his parents didn’t get suspicious. Jack Buck’s play-by-play calls of St. Louis Cardinals games were the last words he’d hear before drifting off to sleep. “Jack Buck made the job sound easier than it is,” Brown says.

Brown should know. He served as the television play-by-play broadcaster for the Cincinnati Reds from 1976 to 1982 and the Houston Astros from 1987 to 2016.

Brown recently published a book, Sportscasting 101: The Road to Play-by-Play, which is filled with tips for young people considering a life behind the microphone. He began as a teenager, helping out with high school sports broadcasts in his hometown. His education continued at Mizzou, both at the School of Journalism and in his part-time job calling high school and Lincoln University games for KWOS radio in Jefferson City.

Mostly, though, Brown fills the pages with the words of fellow broadcasters he interviewed for the book. Many of their names won’t be familiar to casual fans, and that was by design. Brown thought the advice of high school, college and minor league broadcasters who are grinding away in search of their big break would be most relevant to his target audience. “I had a good high school journalism teacher, and the journalism teachers at Mizzou were excellent,” Brown says. “I didn’t properly thank them for training me, and it’s too late now. So the underlying reason for the book is maybe I could do a little torch-passing to the next generation and this could provide some advice for them.”