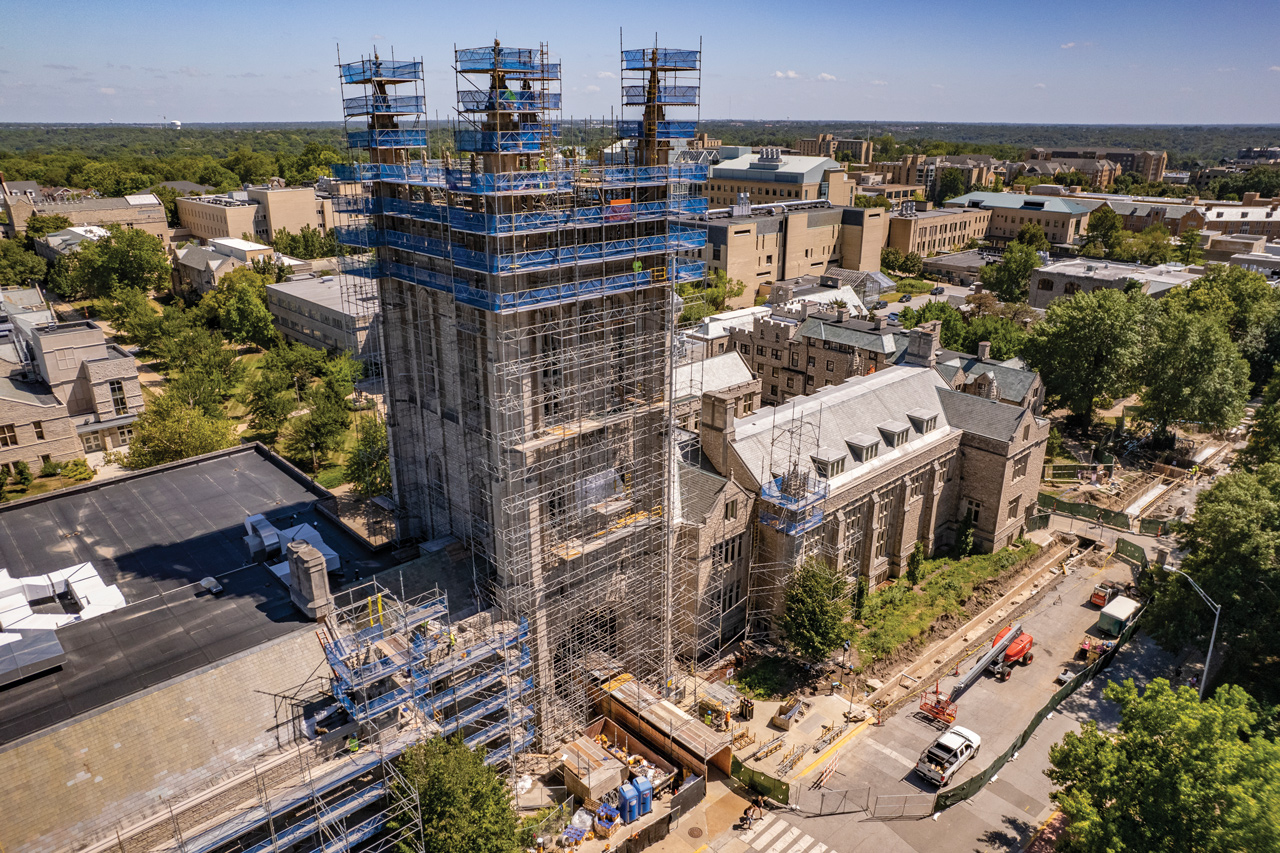 Memorial Union is getting a $3.5 million makeover, including a new roof.

Built mostly of Missouri limestone and beautifully ornamented, Memorial Union stands at the center of campus history and university life. Its 142-foot tower rises above Lowry Mall and serves as a gateway between the White and Red campuses. The building’s 12th-century European Gothic features — spires, pointed arches and cluster columns — are as familiar to today’s students and alumni as they would have been to medieval scholars. But the union is much more than an architectural treasure. “It’s a tribute to Mizzou students who were determined to have a place of their own and who wanted to honor the sacrifices of alumni who died in World War I,” says Heath Immel, who directs the Missouri Student Unions.

Within the union’s lobbies and meeting rooms, generations of students have studied, socialized, snacked and taken part in campus activities. Entering through the archway, visitors encounter the building’s most significant feature, the inscribed names of the 117 Mizzou students who died fighting World War I. Nearby, in the north wing entryway, a plaque honors the 338 students who lost their lives fighting World War II. According to custom, passersby are asked to remove their hats and lower their voices while under the arch.

Funding and construction of the tower and its two wings (one was to be for women, the other for men) began in the 1920s, halted during the Great Depression, then finished decades after World War II. Fundraising kicked off in April 1921, and within three days, students and alumni had pledged $238,000. By 1923, the campaign expanded to include Memorial Stadium.

On Homecoming day, Nov. 26, 1926, a dedication ceremony marked the tower’s completion. For the next 26 years, the tower stood by itself, as a revered memorial but not yet a campus resource for students. Although the foundation for the south wing had been started shortly after the dedication, work stopped during the Great Depression. When construction resumed at the end of World War II, it was on the north wing, which workers finished in 1952. The south wing opened a decade later. This year’s restoration not only repairs timeworn limestone but also keeps fresh the commitment of past students to remember their Mizzou classmates who went to war and didn’t return. 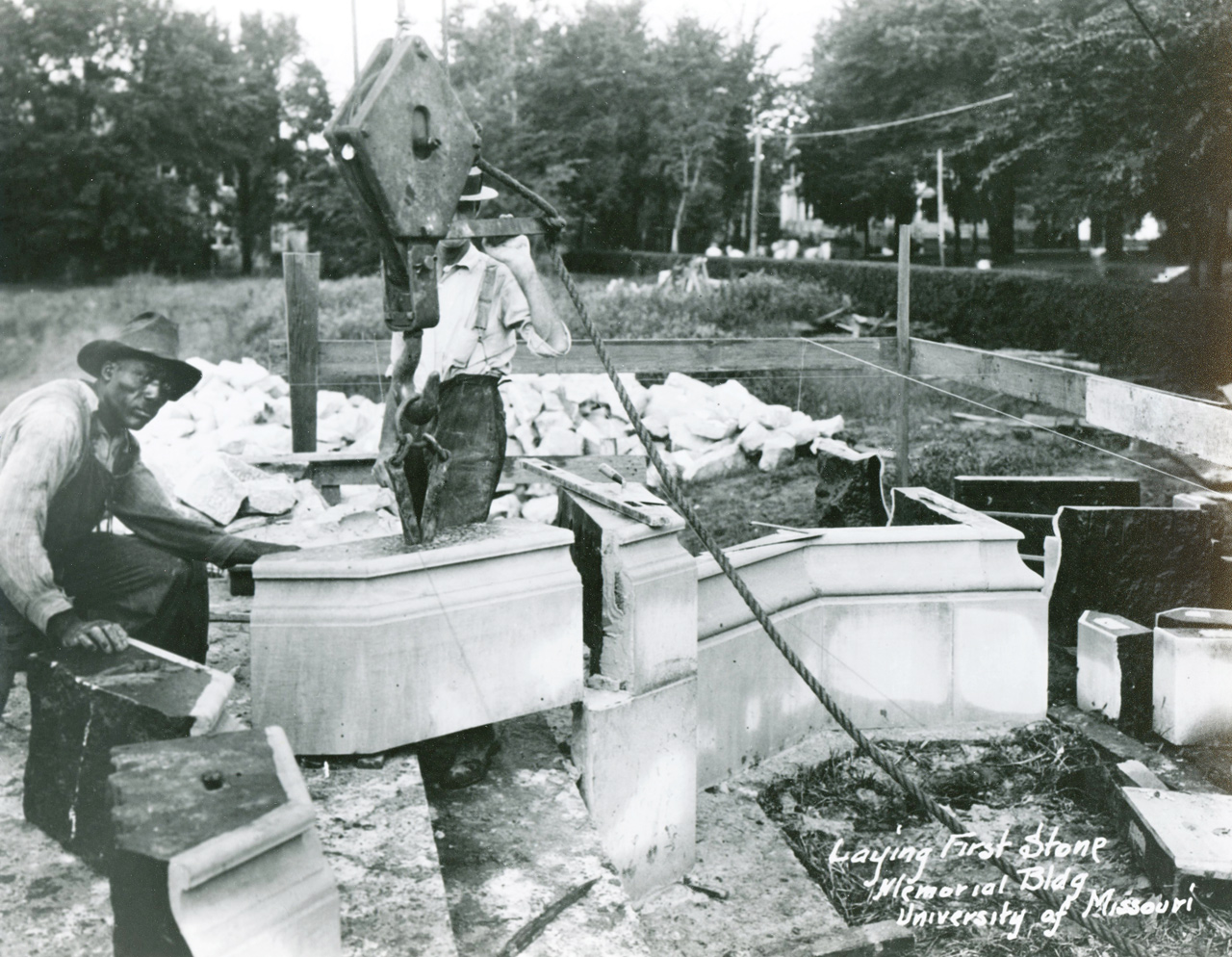 The first stone of Memorial Union is laid in 1924. University Archives