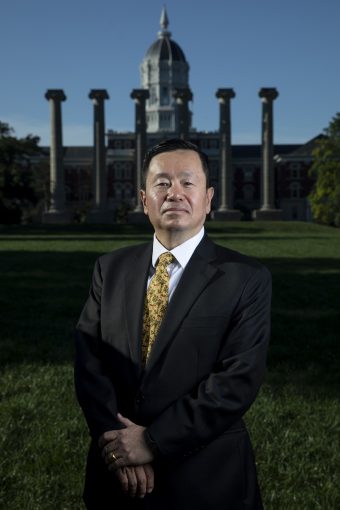 Mun Choi has no qualms about leading the University of Missouri through tough times.

His recent appointment as MU chancellor comes at a pivotal time in the United States when institutions of higher education are facing the uncertain realities of COVID-19, the challenges of a changing economic landscape and heightened racial tensions.

But Choi is a trained engineer. He doesn’t see problems; he recognizes possibilities for creative solutions. Mizzou is no different.

“That’s what we do as engineers,” Choi said. “We look for the optimal solution for a given set of constraints and conditions.”

Last month, the UM Board of Curators voted unanimously to realign the UM System and MU leadership structure and appointed Choi to a new, dual role as chancellor of Mizzou and president of the UM System and extended his contract to 2026. He has held the latter position since 2017.

“I look forward to continuing the hard work of collaborating with faculty, staff, students and other stakeholders in enhancing our public research, land-grant, AAU university,” Choi said. “This is an opportunity to continue strengthening our core missions in student success, research and creative discovery, engagement and inclusive excellence.”

Since he arrived at the University of Missouri System three years ago, Choi, 56, has proven to be undaunted by challenges.

He became leader of the four-university system at a time when Mizzou was facing unprecedented budget cuts and significant declines in enrollment. As president of the UM System, Choi hit the ground running and has worked tirelessly to transform the perception and value of higher education and to create a stronger, more financially viable Mizzou. As a result, MU has celebrated three consecutive years of substantial enrollment growth and the highest graduation rate in the university’s history. He has also overseen administrative and budget transformations that support a more efficient and collaborative environment and the improvement of public funding through a dramatically improved relationship with the Missouri legislature. Importantly, Choi is widely recognized to have regained the trust of the university community, alumni, legislators, and Missourians by changing the attitude of the entire state toward higher education. 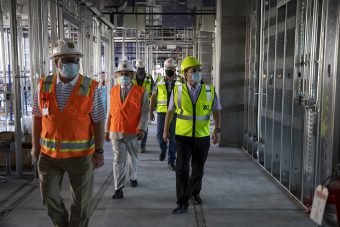 Choi has led efforts to invest in comprehensive student success initiatives and made strategic investments for research and creative works for the NextGen Precision Health Initiative. Additionally, his leadership toward inclusion and diversity at MU has seen underrepresented minority tenured/tenure-track faculty increase by 26% and Black/African American tenured/tenure-track faculty increase by 20% since 2016. In 2020, MU ranked as the highest among all 11 Midwest flagship universities based on the university’s percentage of Black/African American undergraduate students at 7.7%.

Soon after Choi became president, the UM System and the four universities approved the commitment to freedom of expression. And in January 2020, Choi established the Intellectual Pluralism and Freedom of Expression Task Force.

“In many ways, universities have been reactive when it is perceived that diverse views are unwelcome or free speech is curtailed,” Choi stated in the charge. “We want to be proactive to address these perceptions” to establish new programs and training.

But his commitment to diversity and inclusion reaches much deeper than his push for required cultural competency training and programs. Choi believes in a campus community in which each person takes personal responsibility for addressing discrimination – no matter how subtle or unintentional – when witnessed against members of a marginalized group. He’s emphasized to campus leaders that the burden of raising awareness and creating a more inclusive culture falls on the shoulders of everyone, not just those who become the targets of discrimination.

“We must be willing to hold each other accountable,” Choi said.

Choi is no stranger to hard work. He was raised to be steadfast and diligent. Details matter to him.

Born in 1964 in South Korea to a nurse and a businessman, Choi and his family immigrated to the United States in 1973. They settled in Chicago. As a young man, Choi worked in his family’s business making doboks, the uniform worn by practitioners of the Korean martial arts taekwondo. The business continues today under the leadership of Choi’s three younger sisters.

Choi, an opera aficionado who is known to ride his electric scooter around Columbia, is married to Suzanne Choi and together, they have three children: Alex, Christopher and Cosette, who will be attending Mizzou this fall. The Chois enjoy the local arts community and are often seen attending shows at the Rhynsburger Theatre and Ragtag Cinema. They also volunteer regularly at The Food Bank for Central and Northeast Missouri and support other local nonprofits. Choi once rappelled down the nine-story Tiger Hotel to help raise money for Love INC, the local branch of a national anti-poverty program. 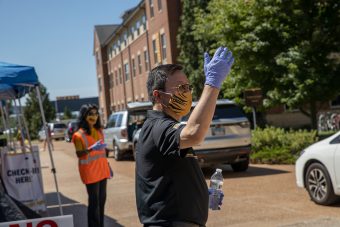 President and Chancellor Choi, along with Provost Ramchand, welcome new Tigers during move-in.

Choi says his leadership approach is one of collaboration — marked by mutual respect and the recognition that every stakeholder has something important to contribute. His interest in others is reflected in his uncanny ability to remember names and details about people he has sometimes only met once.

“So, how do you bring out the best in people?” Choi said. “The best way to do that is to empower people, appreciate their contributions and demonstrate that together we can be a stronger university rather than working in silos or individually.”

Still, Choi understands that every leadership change comes with its own set of challenges and opportunities, and he expects the campus community to hold him accountable.

“One clear mandate is for a new leader to achieve the excellence expected of our AAU institution,” he wrote in a recent letter to campus. “The path to achieving excellence also requires a culture of accountability. We are all accountable for our work and our decisions. I’m no different, and I ask you to hold me accountable.”

Julia Brncic, chair of the UM Board of Curators, said the decision to merge the roles of UM System president and MU chancellor came after a thorough review process that included conversations with nearly 300 stakeholders, including students, faculty, staff and alumni from all four universities.

“We have to make decisions that are forward-thinking and allow us to face challenges, including our financial realities and the changing landscape of higher education,” she said. “Ultimately, we determined that combining the roles of UM System president and MU chancellor is the most effective way to continue to advance our mission and pursuit of excellence in student success, research and engagement.”

Terry MacTaggart, a consultant with the Association of Governing Boards who reviewed the new shared governance model, said he was impressed with the feedback he received about Choi.

“I have never heard such consistent confidence in a leader in any of our reviews in the past,” he said.

Brncic said the board appreciates Choi’s decisive leadership and commitment to creating a culture of accountability.

“Throughout this process, we heard a steady theme from constituents about President Choi’s ability to lead this university well into the future — a testament to his proven dedication and success,” she said.

A life of meaning

Last year, Choi was invited to speak at the matriculation ceremony of incoming freshmen at Pohang University of Science and Technology, a private research university in Pohang, South Korea. During his closing remarks, Choi told students that he seeks a life of meaning by focusing on three qualities: excellence, resilience and compassion.

“Your strength can only be revealed and continue to grow if you challenge yourself,” he said. “I urge you not to shy away from challenges out of fear. Examine yourself and the situation with a critical eye and obtain what you need to fill the gap between yourself and success.”

Choi said resilience sets one apart and that the ability to feel compassion and to act on that feeling using your talents is one of the greatest treasures in life.

“I believe that one important measure of success is the depth of peace that comes with the confidence that you are using your life for a good purpose,” he said.