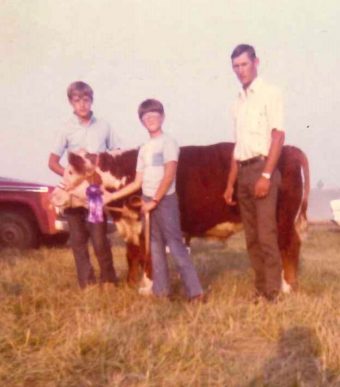 Growing up in Cooper County, MU Assistant Vice Chancellor Mike Kateman was a member of the Willing Workers 4-H Club in Blackwater, Mo. He now serves as assistant vice chancellor for constituent units at Mizzou Advancement.

Kateman said he learned how to collaborate, lead, travel and find respect as a 4-H member. “As I think through what I learned, I can kind of say that I was first introduced to winning with humility as a 4-H member,” he said. “Those values and those lessons learned at that age stick with me on a daily basis, but they sort of propelled me forward. 4-H is really where I had the opportunity to first develop my leadership skills.”

At Mizzou Advancement, Kateman works with eight different colleges and units on campus to align them with MU’s priorities and remove any barriers to being successful fundraisers. As the Our Time to Lead campaign came to a close, those units had a team goal of raising $601 million. By May 31, 2020, they had already raised $634 million.