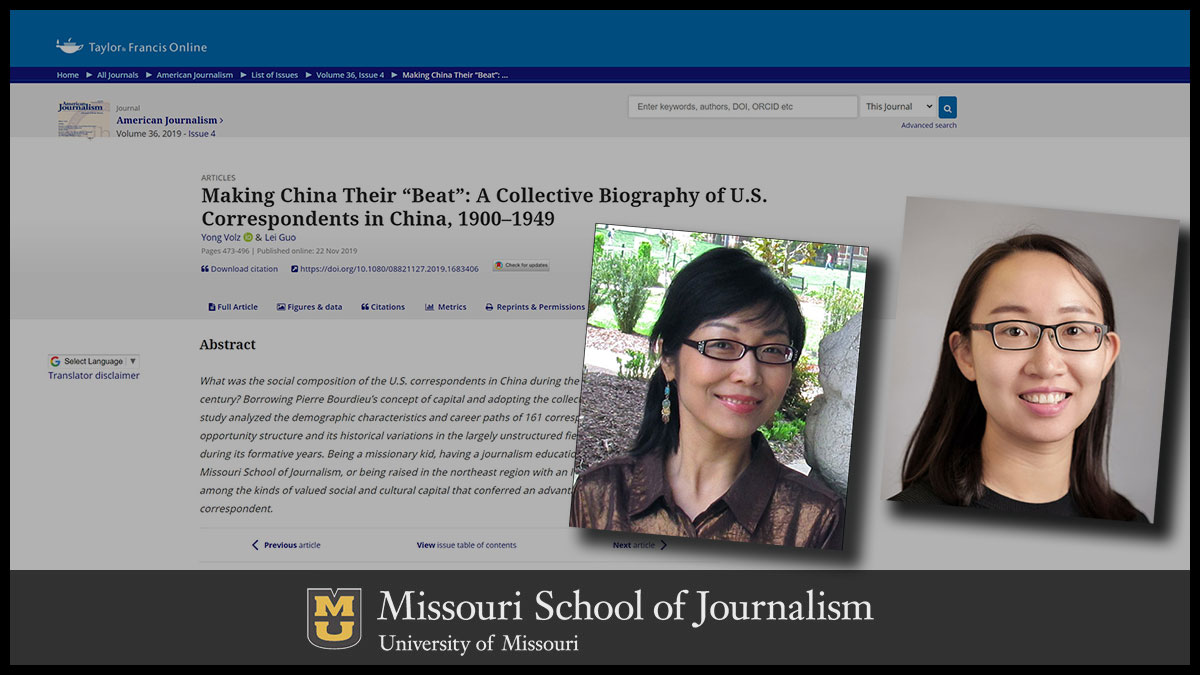 The Americans who made their way to China during the first half of the 20th century to become foreign correspondents came from many walks of life to get there.

Despite being from socially less advantaged groups at the time, women, those from farm communities, and others with limited work experience, made up a portion of the foreign correspondents in China, according to research by scholars from the Missouri School of Journalism.

“From a sociological perspective, their own social positioning such as gender, class, education and nationality contributes to the particular way they cover the world,” the researchers said in a recent paper. “It is important, therefore, to examine the social composition of foreign correspondents in order to better understand how the meaning of the world has been constructed and represented at different points in history.”

Unfortunately, there are fewer and fewer foreign correspondents now in the 21st century as newsrooms face budget cuts and have to close overseas bureaus. Instead, oftentimes reporters come in for a short time as “parachute journalists” or rely on social media to help with reporting on international stories.

“This research reminds the news industry that having more journalists from a wider range of backgrounds can help to broaden the perspectives and issues addressed in international news,” said associate professor Yong Volz. “Allowing correspondents to immerse – rather than parachute – into a different culture of other countries, is instrumental in informing public opinions and international relations.”