From the first day Kyle Andrews walked into the University of Missouri Student Veterans Resource and Support Center in the lower level of the Memorial Union, the 26-year-old Marine Corps veteran felt at home.

There he found other MU student veterans who shared a similar military experience ­— and who understood the struggles that come with transitioning from military life to academia. He also learned about a plethora of services across the MU campus for veteran students, faculty, staff and family members.

“I knew that no matter what situation arose, someone would be there to help me cope,” Andrews said. “Just talking to other student veterans about your experiences in the military and how that translates to student life is comforting.”

Andrews, who is president of the Mizzou Student Veterans Association, is among nearly 900 MU students who are either veterans, active duty personnel, National Guard members, reservists, ROTC cadets, midshipmen or family members receiving GI Bill benefits. This week Mizzou is celebrating Veterans Week with a number of mostly virtual activities.

Mizzou’s strong support for veterans has been repeatedly recognized. Most recently, MU ranked 86, up 12 spots from last year, in U.S. News & World Report’s list of Best Colleges for Veterans, which includes a pool of more than 380 public and private universities. The ranking is included in the 2021 edition of Best Colleges.

Additionally, MU is ranked one of the 2020 Best Military Friendly Online Colleges.

“Campus leadership have placed a high premium on student veteran success,” he said. “We continue to enhance our veteran-friendly toolkit.”

Among the services is Green Zone Training, which are education sessions that provide MU faculty and staff with an enhanced understanding of student veterans’ issues. 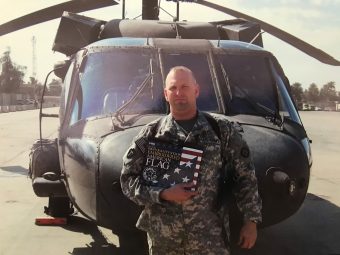 Joe Toepke us a highly decorated former Army officer who is attending Mizzou on the GI Bill.

Joe Toepke, 49, a highly decorated former Army officer who is attending Mizzou on the GI Bill, said programs like the Green Zone Training make him feel supported while on campus. He also enjoys the comradery at the MU Student Veterans Resource and Support Center.

“Having a place to go to hang out with people who have a similar background and who can relate to you is really something,” Toepke said.

MU has been designated a Purple Heart University in recognition of the university’s support of military members, including veterans and their families. Additionally, the MU Veterans Clinic, located in the MU School of Law, is staffed by law students and overseen by professional lawyers who specialize in navigating the VA benefits system for veterans. Since the clinic launched in 2014, it has assisted more than 700 veterans and their families, and nearly 110 law students have been educated in veterans’ law. During the past five years, MU students and staff have secured more than $5 million in VA disability compensation payments.

Finally, the Mizzou Veterans Wellness Center, located inside the MU Veterans Clinic, is a program that is a partnership between Mizzou and the Harry S. Truman Memorial Veterans’ Hospital and is designated to make accessing health resources easier for student veterans and service members, faculty, staff and their families.