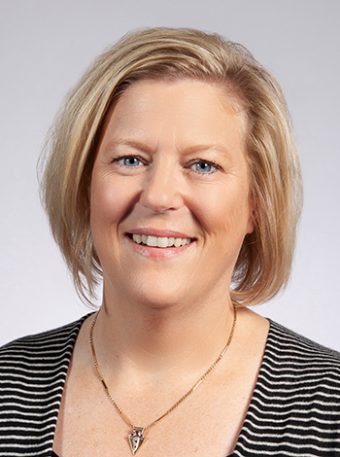 Kerri McBee-Black is a MU Textile and Apparel instructor within the College of Human Environmental Sciences.

MU Textile and Apparel Management Instructor Kerri McBee-Black says that many businesses are using the competing words when trying to win over people living with disabilities, and while much of academia uses a less offensive term, the industry has yet to adopt it.

Nomenclature and word choice can make or break a product in a competitive marketplace. Yet, companies haven’t found a consistent way to name their products for people living with disabilities.

“The marketplace is so new and is growing so fast, that no one has really taken the time to get to know how these terms impact their consumers,” McBee-Black said.

According to the study, there are four primary terms that are predominantly used to describe the apparel. The terms used most frequently are “adaptive apparel,” “functional apparel,” “inclusive design,” “universal design." And though the terms are all being used to describe the same product by different companies, they mean different things to people living with disabilities, causing confusion and irritation in the target audience.

“If you’re selling a product online, you want to be able to call the product the same thing that your consumers call the product,” McBee-Black said. “In an age where online shopping is so prevalent, it’s important that everyone knows how to find the products that they need to survive. We wanted to lay the foundation for a less confusing and more embracing marketplace.”

In McBee-Black’s groundwork, she explains that all four of the terms listed above have different meanings and often have an unintended impact on the people that are buying the product. She documents each term and its effect on the consumer.

Adaptive apparel is used most commonly among the companies producing apparel for people living with disabilities.  It reminds the consumer that the producer had to change something about the product to accommodate for them. It has a slight negative connotation.

Functional apparel, can reference apparel for performance-focused consumers or it can reference apparel for people living with disabilities. The word derives from medical terminology, often used in reference to items that help offset disability. Businesses using this terminology are implying that disabilities require apparel that focuses purely on functions for the consumer and does not provide aesthetic factors for the targeted consumers.

In addition to these terms, the field of academia uses different terms as well. The academics most commonly use the term inclusive design. According to the study, this term is the most progressive term of the bunch, implying that the product includes everyone, regardless of ability.

However, there is also confusion among academics as well. Many also still refer to these pieces of apparel as having universal design. Though this term is generally well-received, it is not specific and often generates confusion among consumers.

According to the study, people living with disabilities are less likely to be put off by the terminology used in academia – specifically “inclusive design.” Businesses should be referring to their products as having an inclusive design for the most success in the market. However, while academia is where businesses should look for advice in branding products like this, another big issue is the fact that so many terms are floating around the market right now.

McBee-Black says that using different terms in the consumer market and academic market can leave consumers very confused as well. Many of the consumers don’t even know which terms to use when looking for apparel.

“There’s a disconnect between what academia is using and what the industry is using,” McBee-Black says. “The consumer is stuck in the middle and has no idea what either is doing.”

McBee Black says that the ultimate goal of her efforts is to shine a light on the difficulty that many face when trying to purchase apparel. Eventually, she hopes that more apparel will become accessible for all, making a “inclusively designed” shirt, just a shirt, simple and useful.

The Department of Textile and Apparel Management is located in the MU College of Human Environmental Sciences.