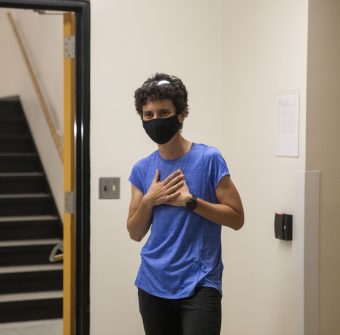 Mun Y. Choi, UM System president and MU chancellor, and Steve Sowers, president and CEO of the central and eastern Missouri region of Commerce Bank, today awarded a 2020 William T. Kemper Fellowship for Teaching Excellence to Miriam Barquero-Molina, a professor in the Department of Geological Sciences in the College of Arts and Science.

College of Arts and Science Dean Patricia Okker and administrators surprised Barquero-Molina by honoring her with the fellowship, which includes a $10,000 check. Kemper Fellowships are awarded to five outstanding teachers at the University of Missouri each year.

A bio of Barquero-Molina is available here.