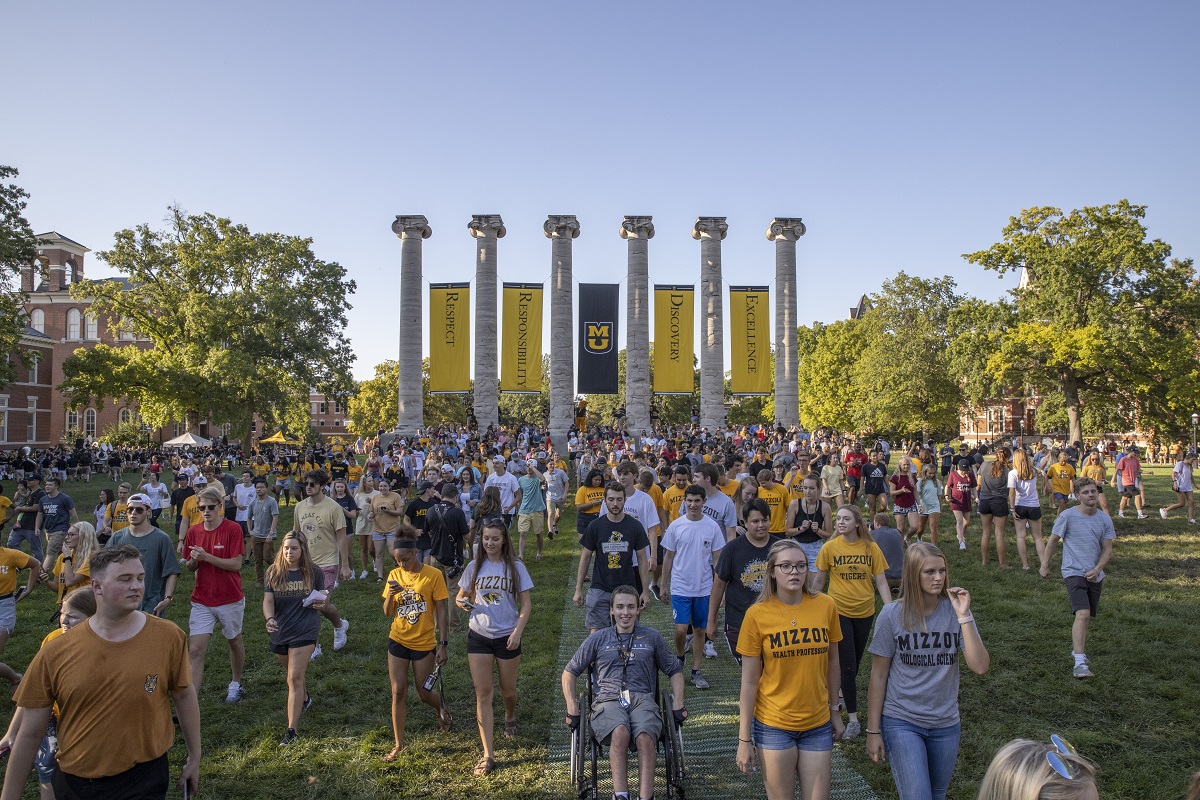 It’s official. Despite declines in national college enrollment, census numbers at the University of Missouri show that the university has experienced double-digit percentage growth for the second consecutive year with the freshman class increasing by 16%. Overall, enrollment at Mizzou increased approximately 1%, with a total of 30,046 students.

The official numbers also confirm that 87.9%, nearly nine out of 10 freshmen from last year, returned to Mizzou as sophomores. This is the highest retention rate on record.

“Enrollment increases are not an accident,” MU Chancellor Alexander N. Cartwright said. “Students are choosing to come to Mizzou for all that this premier university has to offer—innovative research, exemplary academics and an unparalleled campus experience.”

According the National Student Clearinghouse Research Center, college enrollment in the U.S. has decreased by about 2%. Experts suggest that the decline in births that began in 2008 will continue to have an effect on university enrollment as fewer students graduate from high school in the coming years.

“We know our exceptional students have many higher education options, and I am thrilled that they choose to pursue degrees here at Mizzou,” Cartwright said. “I am forever committed to making this flagship university one that prepares future leaders to tackle the big challenges facing society.”

Among those who chose to attend Mizzou are students who transferred to the university from other two-and four-year institutions. Transfer enrollment increased by 15% overall, with a 21% increase of students transferring from community colleges.

The university’s freshman class also is more diverse and academically gifted. The average ACT score of 26.3 is above the state (20) and national (20.8) averages. More than 335 students received an ACT score of 30 or more — a 38% increase. Additionally, underrepresented minority enrollment in the freshman class increased by 3%.

“I am pleased to note that with growth in the number of students, we are also able to attract the best and brightest.” said Latha Ramchand, provost and executive vice chancellor for academic affairs. “This speaks to the programming that our faculty and staff have created that prepares them to excel in their careers.”