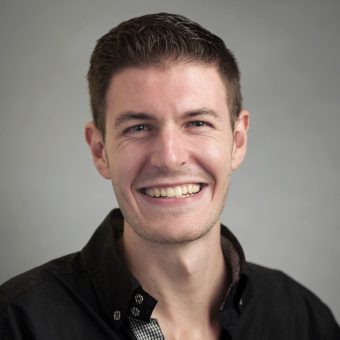 T.J. Thomson set foot on Mizzou’s campus for the first time in August 2013. It was only a few days before his master’s program was set to start. Thomson had gone through the whole application process and been accepted before ever seeing the campus. In fact, he’d never even been in the state of Missouri. That didn’t bother Thomson. He didn’t have to see the campus to know that Mizzou was the right choice.

“I still vividly remember my first night here,” Thomson said. “When my family and I arrived it was dark and we’d been driving all day. Somehow we still managed to stumble onto campus. We stood transfixed for a good many minutes under Jesse’s stately glow.”

Thomson grew up outside of Denver, Colorado, in the foothills of the Rocky Mountains. He earned his bachelor’s degree from Chadron State College in Nebraska, at the same time he was discovering a deep passion for photography. By the time Thomson was ready to apply for graduate school, he’d already proven his skills behind the camera. The Great Plains Journalism Awards Committee named Thomson the Student Photographer of the Year out of 800 entries.

For graduate school, Thomson was fielding offers from elite universities all across the country. But it was Mizzou that stood out from all the others.

“It was a gamble choosing a school without ever visiting, but after my first night in Columbia, I knew I had made the right choice,” Thomson said.

As a graduate student, Thomson was able to pursue his other interest: research. For his master’s degree in photojournalism, Thomson wrote his thesis on how subject reactivity influences visual journalism. That was just the beginning.

“I completed my master’s degree during the summer of 2015 and then entered the doctoral program in the fall,” Thomson said. “I had options to pursue graduate education elsewhere but knew that Missouri would be able to support the research I wanted to conduct and its faculty could nourish my interests in visual communication.”

Thomson, now a doctoral candidate in the School of Journalism, has published his research in several journals and presented at both international and national conferences. His most recent work is a study on Instagram user trends. Based on the data, Thomson identified three specific user groups: feature lovers, news hounds and optimists. Knowing the differences between these groups could reshape the way companies and news organizations approach social media.

Thomson’s most recent accomplishment is a job offer for a faculty position at Queensland University of Technology’s School of Communication in Australia. He’ll be moving there after graduating in May.

“Even though I’ll soon be on the other side of the world, Mizzou will never be far from my heart,” Thomson said.