Can civility reach the top of political discourse? Leaders at MU's Kinder Institute on Constitutional Democracy show the way. “My parents bought a World Book Encyclopedia set when I was about 6 years old,” Kinder says. “They say I sat down on the floor and went through the whole set. I don’t quite remember it that way.”

Regardless of how voraciously Kinder devoured that set of encyclopedias, the Cape Girardeau, Missouri, native has maintained a lifelong passion for history and biography. His interests led him to study at the University of Missouri, where he earned a bachelor’s degree in history and a juris doctor degree.

“The biggest thing that I learned at MU was how to think on my feet, how to analyze problems and hopefully solve them,” Kinder says.

After graduating from MU, Kinder served as a captain in the U.S. Army in Vietnam before embarking on a career in business. As executive chairman of Kinder Morgan Inc., he directs one of the country’s largest energy infrastructure companies, which he co-founded in 1997 with fellow Mizzou alumnus Bill Morgan, BA ’65, JD ’67. Kinder received the Morningstar CEO of the Year award; chairs the Kinder Foundation; serves as a life trustee and chairs the board of the Museum of Fine Arts in Houston; and serves as a member of numerous corporate and nonprofit boards.

Despite Kinder’s many commitments, he doesn’t simply make time to attend the institute’s activities and follow its scholarship. He is passionate about the subject. “If you send him a book, he reads it and asks you questions about it,” Pasley says. “Not like he’s cross-examining you — he just wants to talk about it.”

As he sits modeled in bronze on Francis Quadrangle, a thoughtful Thomas Jefferson appears to gaze placidly beyond today’s political polarization and incivility. But Jefferson would recognize our current climate all too well. His own time was rife with discord, and he cautioned his contemporaries against partisan bickering in his first inaugural address. “Every difference of opinion is not a difference of principle,” he said.

The sentiment, succinct enough for contemporary political discourse via Twitter, offers insight into the history of our political institutions and traditions. Launched in 2015 with an eye toward drawing connections between our political past and present, MU’s Kinder Institute on Constitutional Democracy provides a venue where Mizzou students and faculty across disciplines can build a more united future.

“History is a great teacher,” says Rich Kinder, BA ’66, JD ’68, executive chairman of Kinder Morgan Inc. and the institute’s eponym. “It’s useful in understanding the issues that confront you in business or anything else in life to have some kind of understanding of how people in circumstances throughout history have handled problems. To me, that’s worth a lot more than the how-to-do-business books or self-help books.”

When Kinder, long a generous supporter of Mizzou, began thinking about making another gift to the university, he had a clear goal in mind. “We have to make certain that each generation understands the foundations of America. It’s not a matter of political persuasion — it’s just understanding what the Founding Fathers really did, how the Constitution was formed and how the government was formed. I don’t think you can be an intelligent voter, or a leader in a democracy, if you don’t have that kind of understanding.”

To help foster that insight in generations of MU students, the Kinder Foundation, founded by Rich and his wife, Nancy, gave $25 million to Mizzou to create the institute. The unit encourages interdisciplinary study and discussion of American political thought and history. Guided by an advisory board that includes Alan Atterbury, BA ’65, JD ’69, and Sara Scholes Morgan, BA ’66, the institute features undergraduate programs such as the Society of Fellows, a Washington, D.C., internship program; an academic minor and certificate program in American Constitutional Democracy; graduate and postdoctoral fellowships; study abroad opportunities; publication of the undergraduate Journal on Constitutional Democracy; and the Missouri Summer Teachers Academy for high school teachers across the state. Taken as a whole, the institute’s scope ranges from the intellectual (What have been the ramifications of the U.S. single-member district electoral system?) to the practical (How does an undergraduate interning in Washington, D.C., get to Nationals Park from Capitol Hill without a car?).

Kinder agrees. “It’s not every day you get somebody to come from Oxford [Jay Sexton, chair in constitutional democracy] to the University of Missouri, but we did. Now we’ve got one coming from Yale [Alyssa Reichardt, assistant professor] and one from the University of Virginia [Christa Dierksheide, assistant professor]. We’re something unique, and that’s part of the reason we’re able to attract these people.”

The institute welcomes faculty and students from across the political spectrum. Although polarization and partisanship characterize American politics, the institute cultivates exchanges of ideas that are far more civil than those found on Twitter or cable TV. “We have discussions,” says Jeffrey L. Pasley, professor of history and journalism and associate director of the institute. “People make arguments, but we don’t really have arguments. A lot of the students haven’t seen that before.”

Although many of the program’s students study political science or history, the institute welcomes all disciplines. “It’s not meant to just be future politicians,” Pasley says.

Peyton Rosencrants, BJ ’17, says the institute gave her more interaction with those across the proverbial aisle. “The faculty were always open and willing to have conversations, and a lot of times they came about just because people were loitering after an event,” she says. “You got to be with a lot of people from a lot of different areas of campus. There was someone who interned for [U.S. Sen.] Roy Blunt and someone who interned for [former Missouri Rep.] Stephen Webber, JD ’13, and [former Missouri Secretary of State] Jason Kander.”

Spencer Tauchen, a junior triple major in philosophy, political science and sociology, appreciates how the institute challenges him to think harder. “It’s an intellectually and ideologically diverse group of professors and students who shake you out of the rut of talking to the same sort of people about the same sort of things.”

Decades after his time at MU, Kinder echoes these sentiments. “I still think a high percentage of the value you get out of the college experience is just going away from home and, in essence, being forced to live with other people and get along with other people.”

The institute’s core intellectual challenge — Dyer calls it learning how to “disagree well” — grapples at times with Jefferson’s legacy: How could the revered founding father who called slavery a “moral depravity” have owned hundreds of slaves in his lifetime? In October 2015, the Jefferson statue symbolized this debate, when students attached Post-It notes — both positive and negative — to the bronze figure. A recent institute colloquium with Jefferson scholars Annette Gordon-Reed and Peter Onuf, titled “Jefferson and His Legacies,” gathered people with opposing views to discuss the issue without resorting to personal animus. “We had Jefferson scholars sitting down next to [a graduate student] who put Post-Its on Jefferson’s statue,” Pasley says. “They didn’t agree. But they took a selfie at the end.”

Kinder likes to say he has made more mistakes by dreaming too small than by dreaming too big. Two years after its creation, the Kinder Institute on Constitutional Democracy continues to dream big about what it can be and how it can help educate future generations of citizens. “Getting the American student body to have a better grasp of what this country is based on will pay long-term dividends,” Kinder says, “not just for the University of Missouri or the state of Missouri but for the whole nation.” 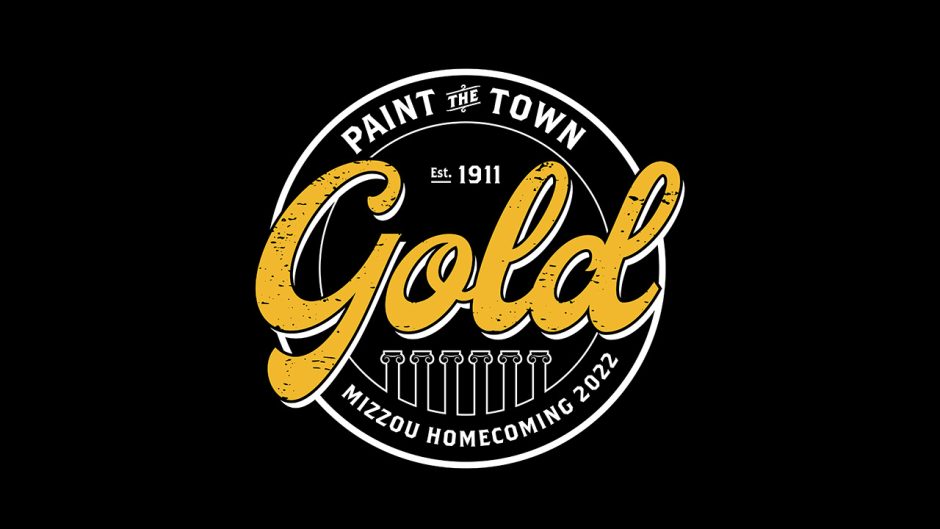 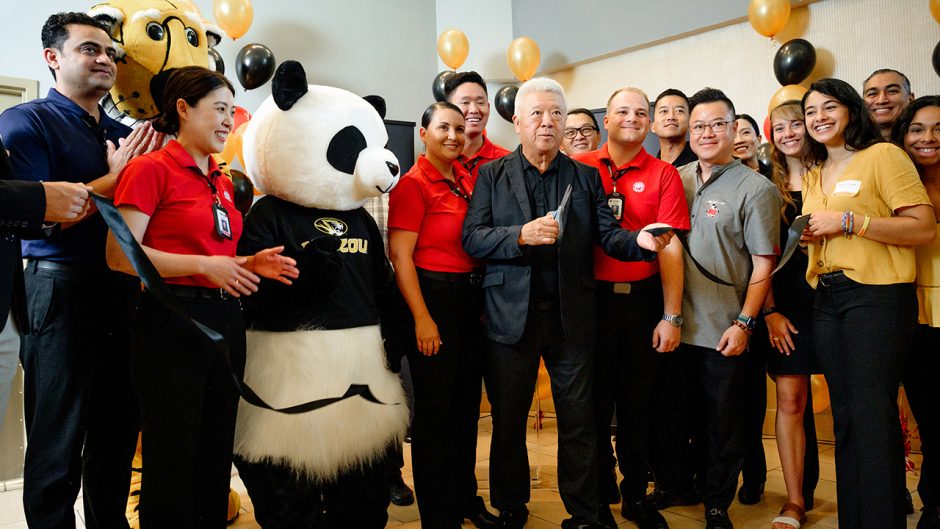 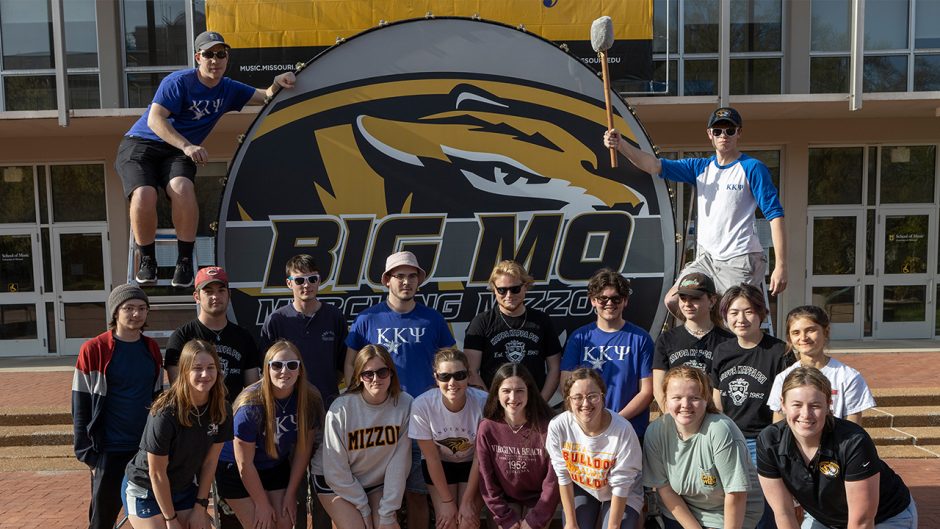